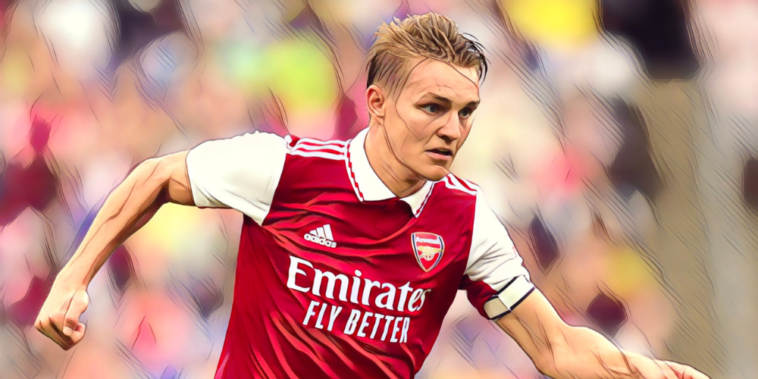 Mikel Arteta has praised Martin Odegaard as ‘phenomenal’ as he looks to resolve Arsenal’s captaincy issues.

Odegaard captained the north Londoners during the club’s 2-0 win over Everton in a friendly in Baltimore at the weekend and is viewed as the frontrunner to earn the armband on a permanent basis ahead of the new season.

Alexandre Lacazette’s departure for Lyon has left Arsenal without a captain and Arteta is keen to address the issue, following a turbulent recent past that has seen both Granit Xhaka and Pierre-Emerick Aubameyang stripped of the club captaincy.

“It’s been a topic that has been discussed a lot, especially externally, and that didn’t help,” Arteta said.

“Obviously it’s not been very consistent and with a lot of behavioural problems within those groups. That is something we want to resolve, do it naturally and bring a really strong leadership within the team.”

Former manager Unai Emery held a vote to select the Arsenal captain and leadership group, with Arteta having discussed the merits and negatives of allowing the squad to decide.

“I’m very clear how I want it. The manager has his own way. I’ve seen extremely successful teams run and led on that kind of vote and I’ve seen others that they haven’t been so good,” Arteta said. “It depends much more on the personalities and the human qualities you have.

“For me, the most important thing is that the other people – whether it’s coaches, staff members or players – when you talk, they listen to you. You don’t have to be talking all the time… the most important quality (is) you have to be able to transmit your thoughts and ideas in a powerful way. So you’re able to inspire people and get people behind you.”

Arteta also discussed the qualities Odegaard could bring to the role and hailed the midfielder’s attitude as ‘phenomenal’, with the 23-year-old established as the captain of Norway at international level.

“Martin has a lot of qualities that we want as a captain… one of them is that he thinks about the team before himself.