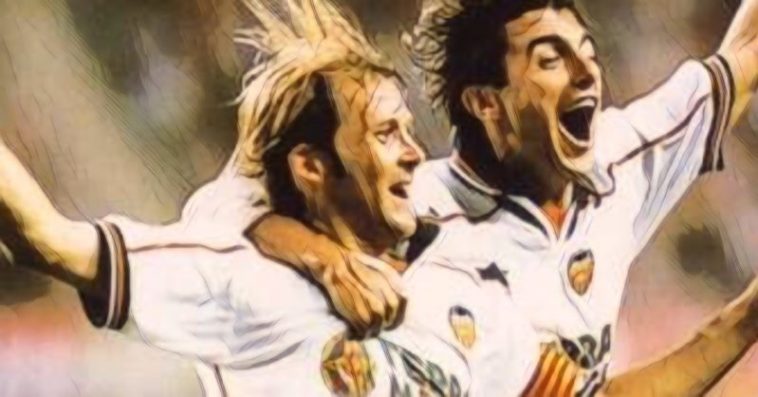 Gary Neville knows a thing or two about Valencia. He said he has “never seen fans as angry”.

The high expectations of the fans and the board have led the club to have 20 managers since their last golden period, when Los Ches faithful had a manager that they were satisfied with.

Few managers have left the club with their head held high since Rafa Benítez left for Merseyside in 2004.

The Spaniard, just like Hector Cúper before him, had developed Valencia’s side into one that could win trophies domestically and in Europe. The fans and board were in harmony with their manager for the first time since the 1970s.

So why did this Valencia team that won La Ligas, a UEFA cup, reached Champions League finals and had the fans onside never manage to get over the line and prove themselves to be the best side in Europe?

When Claudio Ranieri left the club in 1999 to join Atletico Madrid, the fans were purring with the exciting football his side had been playing. He would go on to play the same 4-4-2, energetic style with Leicester many years later. The Italian announced that he wanted Hector Cúper to be his successor.

The board granted Ranieri’s wish and appointed the inexperienced Cúper. The Argentine didn’t tinker with the system too much, keeping the 4-4-2 formation. Despite a similar style, the fans seemed to find the new manager’s football more defensive.

The midfield shape was a diamond, with Javier Farínos in the defensive role. Gaizka Mendieta and Kily González played as the wide midfielders, inspiring with brilliant passing and technical ability. At the tip of the diamond was the young Spanish star, Gerard.

Miguel Angulo and Claudio Lopez formed a low scoring strike partnership, feeding off wide passes from the midfielders, and crosses by the full-backs while feeding the ball to Mendieta and Gerard, who were the heartbeat of the team, to shoot.

After losing their first four league games, Cúper turned his side’s fortunes around, winning their first game of the season at the Bernabeu. Valencia’s domestic form picked up throughout the season, winning six of their final seven games to finish third in La Liga.

Els Taronges were taking Europe by storm, after topping their first group which included Bayern Munich, they progressed from their second round group alongside European Champions Manchester United.

Valencia then went all the way to the final in Paris, by easing past Lazio and Spanish rivals Barcelona, 5-3 on aggregate each time.

After finishing ahead of fellow finalists Real Madrid in La Liga, Los Ches were many people’s favourites, in what was expected to be a tight contest. In what became a trend in Hector Cúper’s managerial career, his side did not do themselves justice in the final, in a 3-0 loss that was anything but tight.

The club’s board responded by selling key players Claudio Lopez, Gerard, and Francisco Farinós. Each was replaced, with Pablo Aimar coming in to provide even more creativity in the attacking midfield role, Didier Deschamps becoming the new holding midfielder and 6’5 John Carew replacing the 5’9 Claudio Lopez shaped hole in the team.

These signings and more resilient style of the team did not bode well with Valencia fans, who were demanding improvement and more attacking football despite that lack of investment.

Cúper’s men performed to a decent level in La Liga, but after finishing fifth after a final day 3-2 loss at the Camp Nou, they would miss out on Europe’s premier competition the following season.

In that competition, Valencia was once again flying, topping their first and second group stages, ahead of Lyon and Man United respectively.

After beating Arsenal on away goals with a late John Carew header, they eased past Leeds, winning 3-0 at the Mestalla in the second leg to book their place in their second Champions League final in a row.

They faced a Bayern Munich side that was also set on righting a recent wrong in a Champions League final after their famous last gasp loss in 1999. In a tight affair, two penalties in normal time meant the game was to be decided by more.

Oliver Kahn stepped up for Bayern, who condemned their opponents to another defeat at the final hurdle.

Hector Cúper left for Inter, as he had previously admitted he intended to do, with pressure from the fans to play more offensive football influencing his decision. Valencia also sold their star player Gaizka Mendieta to Lazio for nearly 50 million euros, replacing him with the much cheaper Francisco Rufete.

The board once again opted for a young, inexperienced, and presumably cheaper manager, in Rafa Benítez. The Spaniard worked within his budget to build a new team, which drafted in the free transfer Mista as a striker who could play on his own.

David Albelda and Ruben Baraja came into the team as holding midfielders, as well as young full-back Curro Torres, and centreback Roberto Ayala.

This was the first time Benítez showed his tactical nous to European football, implementing a 4-2-3-1 formation, which became a trend across Europe in years to come. The team’s style became more direct, with Albelda and Baraja distribution from deep becoming crucial. Hard work became synonymous with the side.

Despite winning just five of the club’s first 16 league games, and enormous pressure from the fans, Benítez’s side recovered, to come from nowhere to win La Liga, finishing eight points clear at the top.

Although Rafa was forgiven for the defensive football his side played in 2001/02 due to the club’s first league title in 30 years, because he was at Valencia, more was expected of him going forward.

The following season his side placed more emphasis on attacking play, scoring more goals but also conceding more, but with little action in the transfer market, and a transitional period needed, they could not replicate the previous season’s form, finishing fifth.

The side’s Champions League performance was disappointing. Despite topping both of their groups, Valencia lost out to Hector Cúper’s new side: Inter Milan, featuring Ronaldo.

The club and fans showed patience with Benítez, but no investment was made again. Despite losing Kily Gonzalez and John Carew, the Spaniard managed to keep the added goals his team had found the following season while shoring up the defence.

Valencia once again stormed to La Liga glory, scoring 20 more goals than in Benítez’s first campaign, while also easing to a UEFA Cup title, beating Marseille 2-0 in the Gothenburg final to secure the famous ‘El Doblete’.

Rafa had become everything the club and fans demanded, winning trophies with exciting football. His side looked set to compete for the only trophy they had missed out on in recent times, the Champions League. To take that final step, they just needed some investment, which Benítez had earned.

The club felt differently about the situation, however, and despite an ultimatum from their most successful coach in modern football, they decided not to back him financially, and allow him to leave for Merseyside. The club finally had a man who satisfied the fans and the board and decided to let him go.

The Spaniard would prove how wrong the club was by lifting the Champions League in his first attempt away from the club, as Los Ches slipped to a group stage exit and seventh place in La Liga.

Trying to fix their mistakes of the past and deciding to increase investment in the squad after this never brought Valencia any stability or near the Champions League trophy again. It only led them to debt, trophyless seasons, and Gary Neville.

Read Also – Teams that should have won the Champions League: Klopp’s Dortmund