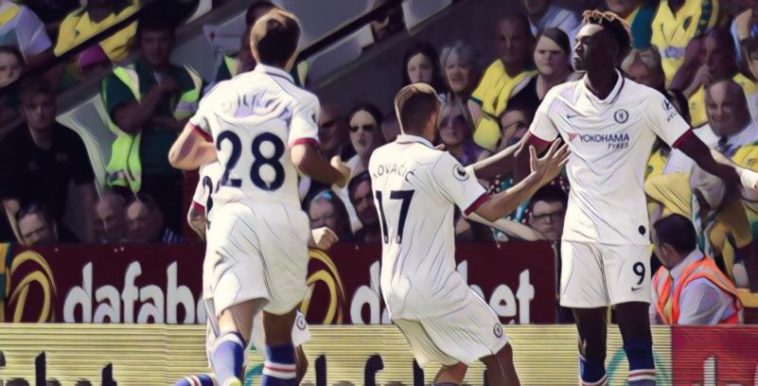 Tammy Abraham admitted he’s always dreamed of scoring for boyhood club Chelsea after the strikers brace fired the Blues to their first Premier League win under Frank Lampard away to Norwich.

Today’s encounter burst into action right from the off, with Chelsea striker Tammy Abraham finishing smartly three minutes in, although the Blues lead would be short-lived when Norwich youngster Todd Cantwell fired the Canaries level just a few minutes later.

The impressive Mason Mount then hammered Frank Lampard’s side back in front with a clinically taken finish. However, Norwich would once again pull level this time through future Ballon d’Or winner Temmu Pukki and the sides went in at the break all square after a breathless opening 45 minutes.

As so often is the case after high scoring first half’s, the game settled into a slower pattern during the second period, and it would be Chelsea academy graduate Abraham who would be the match-winner, finishing superbly past Tim Krul from the edge of the area after being slipped through by Mateo Kovacic.

Speaking after the game Abraham was delighted to get on the scoresheet and help his team to a hard-fought win.

”We started off on the front foot, we knew we had to. We conceded but we came into dressing room and knew there would be more chances.”

“It is something I have always dreamed about doing. To score for my childhood club. To get into the first team and to start scoring goals. I am just happy I can help my team.”

Abraham also revealed that his side knew they had to win at Carrow Road today after only picking up a point from their opening two Premier League fixtures.

“I wouldn’t say it’s a relief but we knew we had to win. The first two games of the season were tough. We came here knowing we needed the three points.”