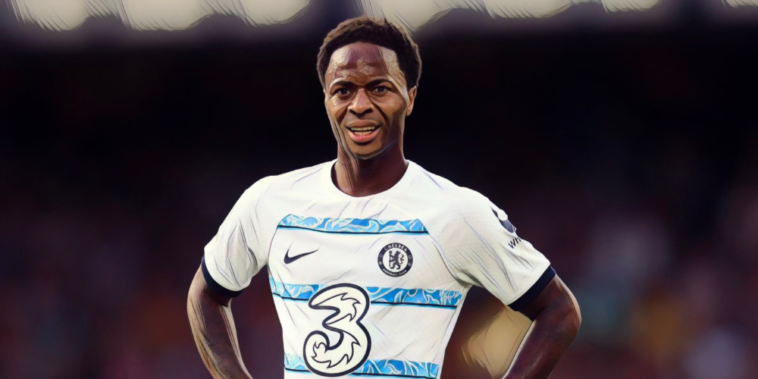 Raheem Sterling has opened up on his decision to leave Manchester City for Chelsea, and how he wants to be a role model at Stamford Bridge.

Sterling made his league debut for Chelsea during the club’s 1-0 win at Everton last weekend, having joined the west Londoners in a £47.5m deal this summer.

The 27-year-old chose to leave City after seeing his role reduced last season and has opened up on the decision to move on, admitting he was keen to secure a prominent role in the peak seasons of his career.

“As a person, you strive to achieve. I felt my playing-time at City was being limited for different reasons and I couldn’t afford to waste time. When I look back I didn’t want to see a decline and I want to keep that level,” Sterling told a pre-match press conference ahead of Chelsea’s clash with Spurs this weekend.

“Since the age of 17, I have been a regular starter. But to get to a peak time in my career and to not be playing as regular was something I didn’t want to accept. I tried to fight and change the scenario but it didn’t come.

“At first, I had a few options but this was the one that was tailor-made for my personal goals. It made a lot of sense for my family and with the direction of the club. They have been in four or five finals in the last few years and it made a lot of sense.

“I have a lot of memories and top moments at City but in the year and a bit that I was in and out of the team it made me value a lot of things. It was difficult and my kids went to school there but it’s one of those things in life where you have to make the right decision for yourself and your family.”

Sterling opened up on his future ambitions at Chelsea, having won four Premier League titles during a successful seven seasons at Manchester City.

Raheem Sterling on why he chose to join Chelsea over the other offers he had. 🔵 pic.twitter.com/ITwb3GKvIt

The England international outlined his intention to be a role model for the next generation, insisting he wants to help nurture the club’s emerging prospects.

“From going to Liverpool and manifesting what I wanted, then to City and living the dream and now back to London with Chelsea. I’ve got a good head on my shoulders and I know what exactly I want,” he said.

“My position is mainly on the wing but sometimes I enjoy floating about and getting the ball. I always judge myself on how effective I am. In the last game against Everton, I played in the false nine and I want to help my team.

“One of my traits is to try and nurture younger people. You don’t want a hostile environment for them to come into. You want it to be one where they can flourish. I had Steven Gerrard to look up to [at Liverpool] and he put his arm around me.”

Sterling was also asked on an incident of racist abuse he suffered at Stamford Bridge in 2019. Chelsea banned a supporter for life after concluding he had abused the then-Manchester City winger in a clash between the sides, but Sterling insists the actions of one individual had no bearing on his perception of the club.

“No that is the first time I even remembered it,” Sterling said on the incident. “It was nothing that played on my mind at all. I can’t let an incident from individuals reflect on the club.”