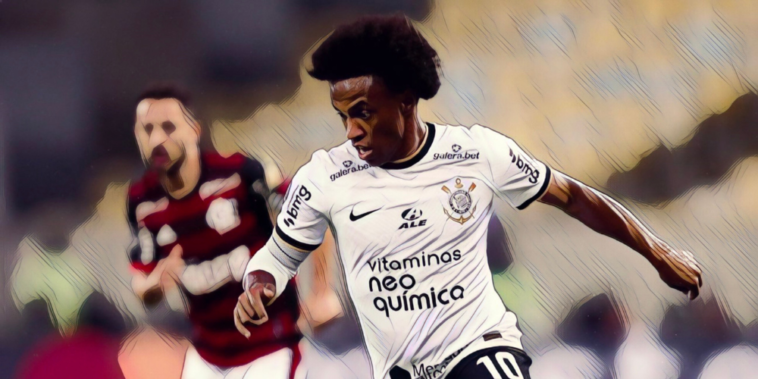 Willian is in line to return to the Premier League after having his contract at Brazilian side Corinthians ‘torn up’.

The former Chelsea and Arsenal winger signed for Corinthians on a free transfer last summer, but his return to South America has not worked out as hoped with injuries restricting his appearances.

The 34-year-old is now set to leave the club and Fulham are willing to offer the winger a return to English football.

Marco Silva is set to reinforce his squad with the signing of Willian, who won two Premier League titles during a successful spell at Chelsea where he scored 63 goals in 339 appearances.

He struggled after leaving the west Londoners for a short spell at Arsenal, but is understood to be open to a return to London.

South American football expert Tim Vickery told Sky Sports: “The plan at the moment is Fulham. Willian has torn up his contract with Corinthians, that was agreed yesterday. They have been knocked out of the Copa Libertadores and it hasn’t been a happy return for him.

“He went to the police station to denounce abuse he was suffering from his own club’s fans on social media. It has been hard for his family as well.

“He’s been negotiating with Fulham for a few days and he has business interests in London. He enjoyed his time there very much. It looks as if Willian is on his way to Fulham.”