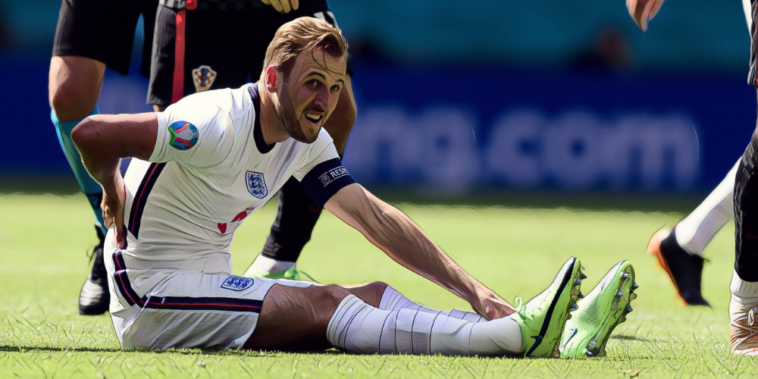 Gareth Southgate has defended Harry Kane following his disappointing start to Euro 2020 and says the forward is England’s ‘most important player’.

Kane has struggled to influence England’s opening two fixtures against Croatia and Scotland with the Three Lions having largely looked void of ideas in attack, the Tottenham star failing to continue his form at club level after winning the Premier League’s Golden Boot in 2020/21.

England laboured to a goalless draw with Scotland on Friday, with Kane substituted for the second successive fixture at the tournament.

Southgate has spoken on the 27-year-old’s performances and has defended the England captain despite his struggles so far, insisting that Kane remains ‘fundamental’ to the Three Lions’ set-up and the nation’s most important player.

“He’s our most important player, there’s no doubt about that,” Southgate said at a press conference. “You’ve only got to look at his goalscoring record with us to see his importance to the team. He is fundamental, not only with the goals he scores but the buildup play and everything else he brings.

“I know there will be a lot of questions being asked about him at the moment but he’s been through that a hundred times before. I’ve been in this role and answered these questions before and he’s come up with the goals, and I expect that to be the same moving forward.”

Asked whether Kane would keep his place for the game against Czech Republic, Southgate replied: “You can assume that, I don’t mind giving you that.”