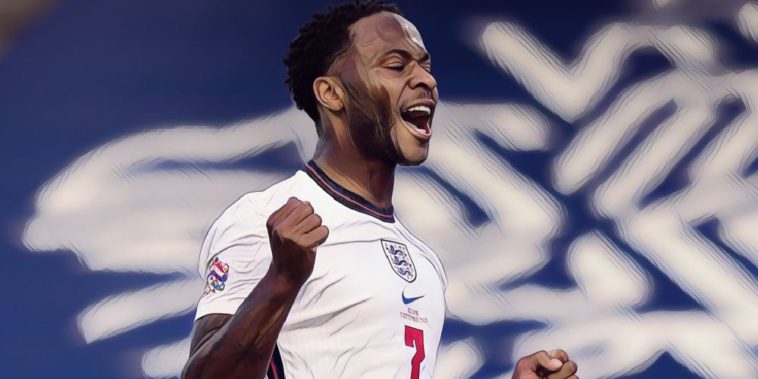 Raheem Sterling has called for some perspective after an ‘overreaction’ to England’s goalless draw with Scotland at Euro 2020 on Friday evening.

England produced a disappointing performance as they laboured to a goalless draw with Scotland in their second group fixture, with the Three Lions booed off the pitch by a section of supporters despite edging closer to qualification for the knockout rounds.

Sterling admits that Gareth Southgate’s side were ‘disappointed’ not to have registered a second successive victory, but insists England will not be impacted by ‘outside noise’ after an ‘overreaction’ to the result.

“As you can see from different games in the tournament, not just in our group but other groups as well, it’s tricky, it’s not as easy as people think,” said Sterling at a press conference. “We are disappointed not to win against Scotland, but it is not the end of the world. The boys are still smiling and happy like normal.

“I do feel there’s a bit of an overreaction. It just feels there’s more of a panic on the outside than inside the building. I don’t see anyone in the camp that feels any pressure. The best thing we can do is focus on the training field. We really shouldn’t be looking at what the papers are saying, what pundits are saying. The more you listen to outside noise, the more it can affect you.

“If you’re not really looking into that, the better it is for you as an individual and as a collective. We don’t want any negativity creeping in and performance and confidence levels dropping.”

Portugal are the current holders of the European Championship and won Euro 2016 despite going winless in their three group stage fixtures, with Sterling revealing the Three Lions are well aware that it is still ‘early days’ in the tournament.

“Gareth showed us some stats on teams that have gone on to do well in the tournament and where they were after the first two games,” Sterling said. “It just shows that it’s still early days and we’ve got a lot to build on and I truly do believe we can do that. We’ve just got to stay motivated, be happy and enjoy our football.”

England currently sit second in Group D and must beat the Czech Republic to assure top spot, though the group winners are set to face a daunting last 16 tie against one of the sides from the tournament’s ‘Group of Death’, which includes France, Germany and Portugal.

Finishing second could potentially hand England a more favourable tie in the next round, though Sterling says the objective remains to beat the Czech Republic and top the group in order to secure another fixture at Wembley.

“We haven’t spoken on that,” Sterling said on the permutations of finishing second. “The objective is to win the group.”

“There is always an advantage being on home soil,” Sterling added. “With fans making it a hostile place to come, I do think it can be a good advantage. We’ve got four points and we’re going to need our fans [tomorrow] to get us across the line.”