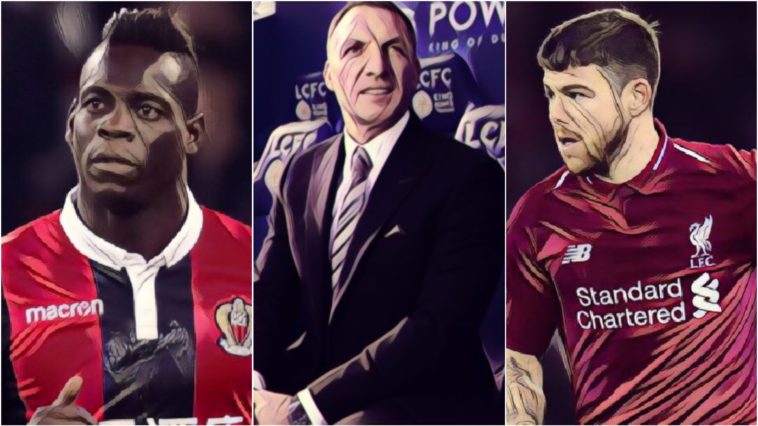 Five years after his Liverpool side missed out on winning the Premier League title with their swashbuckling style, Brendan Rodgers can help his former club finally take home the trophy if his Leicester City outfit can somehow manage to get a result at Manchester City.

Rodgers spent three and a bit seasons at Anfield and, while he didn’t manage to win anything during his time there, he was a part of that sensational season where every game was a mile a minute, winning 12 matches on the bounce towards the end of the campaign. And you could argue he got that far with a team of much less quality than the one Jurgen Klopp has now.

Liverpool have overhauled their recruitment strategy since the Northern Ireland man left in 2015, choosing to spend big chunks of money on carefully chosen targets that meet specific needs, rather than spending smaller chunks on prospective talents that might turn into golden nuggets.

Rodgers also had to contend with the infamous transfer committee, which he clearly didn’t have much truck with. While Klopp is not solely responsible for transfers, he is much more amenable to such a setup and has benefitted from the club learning from its past mistakes.

So the ex-Celtic boss can’t take all the blame for the club’s poor record during this particular period in their history, but his name will, fairly or unfairly, forever be attached to these atrocious signings, a couple of which are still there.

Fabio Borini followed Rodgers around for a good while, reuniting at Swansea City in 2011 after the Irishman had coached the striker with Chelsea’s youth team. The Italian was his first signing at Liverpool in the 2012/13 season, scoring on his debut in the Europa League, but netted just once in the league thereafter. Three goals in 38 games for the Reds says it all, although he has somehow ended up at AC Milan.

Since his arrival in 2014 from Sevilla for £12m, Moreno has been the subject of much criticism. A full throttle full-back in attack, he is so often a weakness in defence when he does play. Jurgen Klopp had no choice but to stick with him in his second season in charge, but he was so bad that he eventually had to convert James Milner into a left-back. The Spaniard finally left Anfield this summer, returning to his homeland with Villarreal on a free transfer.

In their search to replace Luis Suarez, Rodgers turned to Mario Balotelli. Now, Balotelli is not a bad player. In fact, he’s won a bunch of major trophies and scored goals wherever he has gone. Just not for Liverpool. He found the net four times in his sole season at Anfield, just one of which was in the league. The two figures clearly never got along, and they continued to throw barbs at each other in the years after.

The Belgian seemingly had the makings of a great goalkeeper at Sunderland, but that promise never came to fruition after he signed for Liverpool for £9m in 2013. A really good shot-stopper with a decent record on penalties, Mignolet just never seemed to be able to quit making blunders. He warmed the bench for the last couple of seasons – even suffering the ignominy of playing second fiddle to Loris Karius – before joining Club Brugge this summer.

See Also: Five of the Premier League’s worst ever goalkeepers

We’re not quite sure what Liverpool saw in Lazar Markovic, but whatever it was he never showed it in all his time at the club. The Serb joined from Benfica for £20m in 2014, and actually played 34 games in all competitions, but he was sent out on loan to Fenerbahçe, the first of four loan spells over three seasons.

Despite his lack of game time, Markovic chose to stay at the club, presumably to keep his wage packet, before joining Fulham on a free transfer this past January. The Cottagers weren’t impressed though and he left the club in the summer to join his boyhood club Partizan Belgrade.

Pop ‘Iago Aspas’ into your search engine and you see why he draws the ire of Liverpool fans to this very day. The 1-0 loss to Chelsea in 2014 that derailed their title hopes is remembered for Steven Gerrard’s infamous slip, but it also featured this dire ‘cross’ from the Spaniard.