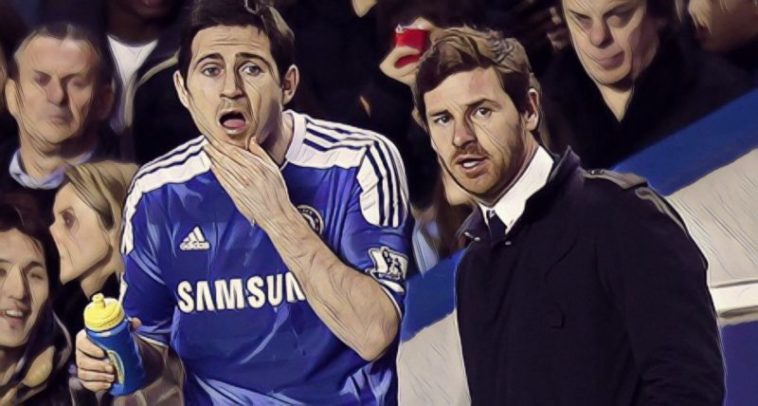 With every managerial appointment comes hope. The hope that that person will be able to steer your club away from danger, take them to the next level, or bring unprecedented success. And some hirings inspire delirious giddiness in a fanbase.

Everyone gets excited by a big name coming to town, ready to turn the team into a winning machine, just like they’ve done in times before. But sometimes those expectations are never met; in fact, sometimes they perform downright shambolically.

There’s nothing worse than getting your hopes up high only to have them dashed so devastatingly. But where does it go so wrong for these high profile managers? Why did they fail in one place yet achieved success elsewhere?

Five high profile manager who flopped in the Premier League:

Arriving in south London in 2008, Big Phil was only six years removed from guiding Brazil to their fifth World Cup triumph and four since he brought Portugal to the final of Euro 2004. But he was only seven months away from getting the sack at his new job.

Scolari’s reign as Chelsea manager got off to a good start, but it steadily declined over the course of the campaign. In October they lost their four-year long unbeaten home record in the league, losing 1-0 to Liverpool. They lost to the Reds again in February, followed up by a goalless draw with Hull City.

That spelled the end for the Brazilian’s career in the Premier League, the club reasoning that “the results and performances of the team appeared to be deteriorating at a key time in the season”. When he left, the team were fourth in the table and had a respectable 55.5% win rate. But faith in the manager had evidently waned in the dressing room and the board acted accordingly.

“I didn’t like his arrogance – in fact I never liked him” — Ken Bates after the Chelsea chairman sacked player-manager Ruud Gullit in 1998. And that was despite winning the FA Cup the year before and having a 49% win rate, so you know he really didn’t like him.

The Blues had just been outplayed by Arsenal in the first leg of the League Cup semi-final, a game in which the Dutchman played woefully and was responsible for the opposition’s opening goal.

Bates’ comments should have sent sirens off at Newcastle United, who hired Gullit as their new manager a few games into the next season. He had a tough act follow in succeeding Kenny Dalglish, but the idea was that he would bring free-flowing Dutch football to St. James Park instead of the rudimentary style employed by the Glaswegian.

Gullit couldn’t win games like his predecessor though and, despite reaching an FA Cup final, ended with a win rate of just 34%. In his autobiography Any Given Saturday, goalkeeper Shay Given wrote that from the moment of his arrival Ruud gave off the impression that “he was doing us a massive favour to leave London for the north-east”. The Irishman continued:

“In football, and in life itself, some people are just tone deaf to what’s happening around them. It’s as if they sort of get it but they don’t quite understand or plug into a place or a people or a purpose.”

Gullit’s inability to adjust to life on Tyneside was a huge contributor to his downfall, as was the fractious relationship he had with key players. His fallout with Alan Shearer has been well documented, culminating in the manager dropping arguably the greatest Premier League striker of all-time for the biggest game of the year: the Tyne-Wear Derby against Sunderland.

Given called it “the single stupidest decision ever made by a Newcastle manager”, and with Duncan Ferguson also relegated to the bench, the Magpies lost 2-1. To compound matters, he replaced them with lifelong Black Cats fan Paul Robinson. Gullit lost the faith of the team, the fans and, crucially, the board, who sacked him soon after.

When Felix Magath arrived in south London, he brought with him an impressive CV, but left with a tarnished reputation.

The German had won three Bundesliga titles as manager of Bayern Munich and VFL Wolfsburg, and was a three-time German manager of the year in the noughties. This is why in 2014 Fulham turned to him for help in their fight to survive the drop from the top flight.

The Cottagers had already been through two managers that season, having discarded Martin Jol and Rene Meulensteen. The latter was sacked after his side lost 3-2 to Liverpool thanks to a late Steven Gerrard penalty in a spirited display at home. That left the Whites bottom of the table on 20 points and four from safety with 12 games left to run.

Magath had gained notoriety for his taxing training sessions by running his players into the ground, but he was made famous for his unusual healing techniques. Defender Brede Hangeland claimed on Norwegian radio that the manager suggested rubbing a mixture of cream cheese and alcohol on his injury to help him recover. Magath admitted to saying just that, but he also called it a “false story” that was “distorted” by the media.

The former Hamburger SV player also concocted an unusual punishment for his players following one particular defeat. He brought the players in early the next morning on a designated day off and had them line up in their match formation and just stand there silently.

Steve Sidwell, one of the elder statesmen of that Fulham squad, described the scene to BBC 5 live:

“It was a cold day, there were a couple of lads with gloves on – they were off straight away. There were leaves blowing across the pitch… You couldn’t make eye contact with anyone, you just had to stand there. I think we were there for about 40 minutes. Just standing there.”

Despite overseeing the club’s eventual relegation to the second tier, he was retained as manager for the following campaign, but it somehow got even worse. The team lost six of the first seven games in the Championship, gaining a solitary point. They were bottom of the league when the German was sacked, much to the delight of fans and players alike.

Big things were expected from Jacques Santini upon his arrival to the Premier League, with Tottenham Hotspur fans hoping he would take the club to the next level. Things unraveled very quickly however, and the Frenchman was gone after 13 games.

Santini had a distinguished career as a player, winning Ligue 1 five times and four French Cups with Saint-Étienne. As a manager he went on to win the league and the cup with Lyon, before taking over the national team in 2002 and winning the Confederations Cup. Renowned magazine France Football named him the country’s best coach in 2002, and he seemed destined for greater things.

That’s when Spurs came calling, and Santini agreed to join the club before the end of Euro 2004, a decision he later likened to digging his own grave. The Lilywhites went on to make their worst start in front of goal to a Premier League campaign, scoring just six goals.

A power struggle with sporting director Frank Arnesen ensued, and Santini resigned from his post after a run of four defeats in his last five games. Chairman Daniel Levy had made such a big deal of installing a continental system to run team affairs, the first of its kind in English football. By November it had blown up in his face.

Five years later Santini gave an interview to France’s Journal di Dimanche explaining why tensions existed between him, the club and Arnesen:

“They promised me a big apartment on the beach and I found myself 200m from the sea with a view of my neighbours,” he said, adding that his “only regret is having signed too early (for Tottenham). I should have waited until after Euro 2004 even if that means I might have missed my chance.”

On the subject of Spurs’ transfer policy, he lamented that he “learned on the day of our team photo that our captain (Stephen Carr) was leaving the club.”

If ever a manager seemed primed for success in English football, it was André Villas-Boas. The Portuguese had a grandmother from Stockport, as a sixteen-year-old he learned under the tutelage of then-Porto manager Bobby Robson, and later worked for Jose Mourinho at Chelsea and Inter Milan.

Few foreign managers get such an education of the English game before taking on a managerial role, and yet it just didn’t click for Villas-Boas. During his stint at the Blues he lost the confidence of several senior players, especially after he dropped Ashley Cole, Frank Lampard and Michael Essien for the 3-1 loss to Napoli in the Champions League knockout rounds. He was sacked in February of his first season.

It has to be remembered that AVB was only 33 years of age when he took the reins at Stamford Bridge, and had plenty of time to fulfill his potential as a head coach. He fared better at Spurs, where there was less expectation to succeed, being in charge for twice as many games as his previous job and winning a respectable 55% of them.

The former Porto manager, however, was criticised for being overly tactical and was abrasive with the media, which earned him few friends in the press pack. His biggest crime though was playing an aggressively high line against Manchester City and Liverpool, both of whom thrashed Spurs 6-0 and 0-5 respectively. His tactical naivety cost him his position, and he was mutually consented in December 2013.

In 2018 Villas-Boas admitted “England was bad for me, I was not flexible in my ideas.

“I learned to be more flexible when I went from Chelsea to Tottenham. I always thought more in the long run without thinking in the short term,” he said. “I was thinking about the future, but the results were irregular.”