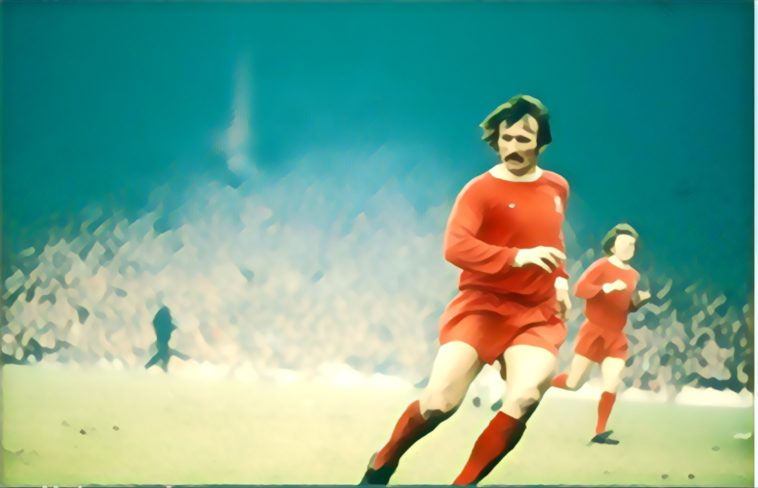 In the wake of Tommy Smith’s passing this week, is it possible to respect the dead while being honest about the complicated legacy of the ex-Liverpool captain?

Either one of these subsets could be used as descriptors for the late Tommy Smith, but only one has been seen primarily this week.

The former Liverpool player passed away on Friday at the age of 74, and as tends to happen, the tributes flooded in on all forms of media from fans, his former teammates and the football world as a whole.

Smith’s contribution to the game and the club’s legacy is inarguable. The Liverpudlian was a member of the first great Reds side that rose to prominence under Bill Shankly and continued to reach new heights under Bob Paisley. He even scored in their European Cup final win over Borussia Monchengladbach in 1977.

As a centre-back in sixties and seventies British football, Smith was tough teek. Jack Charlton called him the “hardest” footballer he ever played against. It was effective though; during his 16 years at the club Liverpool won ten major trophies, four of them in Europe.

The man known as the Anfield Iron could be equally uncompromising and hostile off the pitch as well though. In 1988, almost ten years after Smith’s retirement from the professional game, Dave Hill interviewed the former defender for a book he was writing, entitled Out Of His Skin, a biography of John Barnes, but in reality it was an examination of the deep-rooted racist views that pervaded football terraces and beyond in the seventies and eighties.

Hill quoted Smith as calling Howard Gayle, Liverpool’s first black player, a “White Nigger”, while claiming that racism stemmed from “a black man’s attitude towards the white man.” He gave the classic racist line, “I’m not prejudiced, but…”, before saying that if a “coon” moved in to the house next to his, he would move away “like most white people would.” He went on to say: “If my daughter came home with a nigger, I’d go mad. But I’m only being truthful and normal.”

Smith convinced himself that his views reflected that of everyone else’s in society, but his comments caused huge controversy when they came out. They weren’t a reflection of the times, as much as his defenders online might like to think it was, and even before then he seemingly cut a solitary figure among his teammates in that regard.

In 2016 Gayle released his own book, 61 Minutes in Munich, in which he outlines the problems he faced as one of the very few black footballers when he came through at Liverpool. He cites Smith as the most difficult person he had to deal with during his career.

“The majority did not have a problem with a young black male entering an absolutely white environment,” Gayle wrote. “But I could sense my presence made some uncomfortable.” When Gayle began training with the first team as a youngster, “Tommy chipped away at me with comments. At first, I wondered whether he was testing me.”

Smith left Anfield in 1978 to play for the LA Aztecs in the United States, before returning to English football with Swansea City a year later. He continued to train at Melwood with his former teammates however, travelling down to Wales on weekends for matches.

During these sessions Smith attempted to distract Gayle “by making nasty comments related to the colour of my skin. For a while, I somehow managed to restrain myself.” But it would soon come to a head.

During one brisk November session, Gayle hit the ball towards goal, but it smacked off Smith on the way in, causing the other players to laugh at his expense. This clearly irked the former captain, who launched a tirade of abuse towards Gayle, shouting “black this, black that.” He took the opportunity to bite back.

“The place went quiet. Everybody could hear it, including the staff. He was a legend. I was a nothing. Nobody said a word.

I’d had enough of him: this bitter old man. So I went over and squared up: nose to nose. I looked at him dead in the eye. “You know what, Tommy; one night you’ll be taking a piss at home and I’ll be there waiting for you with a baseball bat,” I said, calmly. “And then we’ll see what you’ve got to say.” I wanted to start a fight with him. And then he walked away.”

Incidents such as these haven’t found their way into too many obituaries this week. Rather there has been a level of hero worship that has been difficult to square with his actions and words. Arguments that the recently deceased deserve respect and shouldn’t have their reputations dragged through the mud are reasonable. But neither should Smith’s past transgressions be whitewashed.

If bringing up these examples of racist abuse and bullying seem insensitive to you, then spare a moment for Howard Gayle and all of the other black footballers who had to endure invectives from the terraces as well as their peers during that time.

It’s especially important not to forget what happened in the past, given what is happening in football today. Monkey noises directed at Danny Rose, Renee hector and Moise Kean. A banana skin thrown in the direction of Pierre-Emerick Aubameyang. Raheem Sterling being called a “black cunt” by a fan right in front of him. A crowd singing about Mo Salah being a “bomber”.

In that context we must ask ourselves if someone’s right to be remembered for kicking a football really well should outweigh the need to remember the bigoted behaviour they exhibited.