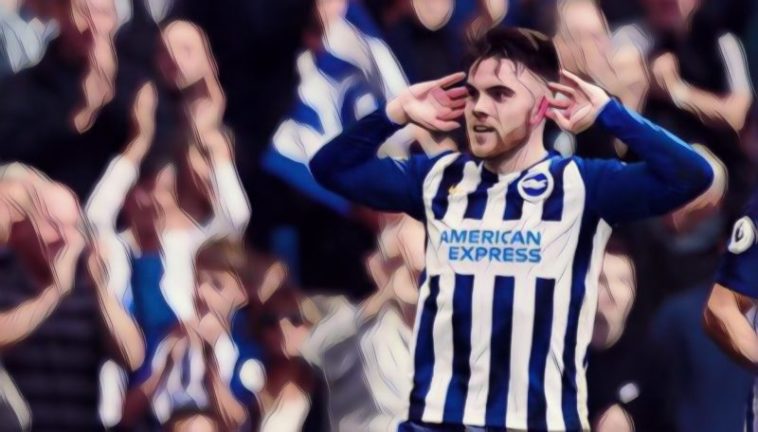 Young Irish striker Aaron Connolly struck a brace as Brighton condemned Mauricio Pochettino’s struggling Spurs side to a 3-0 defeat at the Amex in Saturday’s early kick-off.

Disaster struck for Spurs after just three minutes when a Hugo Lloris howler allowed Neil Maupay to tap home from close range, and things would get even worse for the North London outfit, with the French goalkeeper also suffering a nasty looking elbow injury that resulted in the World Cup winner having to be stretchered off.

Making his full Premier League debut 19-year-old Galway native Connolly then scored his first top-flight goal just after the half hour mark to put the home side in a commanding position against last seasons Champions League finalists.

Connolly then bagged his second on 65 minutes, finishing smartly to hand the Seagulls their first league win since the opening day of the season.

2 – Aaron Connolly is the first Irish teenager to score a @premierleague brace since Robbie Keane for Coventry v Derby in August 1999. Dreamland. pic.twitter.com/UXQDdwUPF8

Irish football fans have been getting excited about the potential of young Connolly for some time now, and speaking after the game the clearly chuffed attacker admitted scoring in the Premier League has been something he’s been dreaming of since he was a boy.

“I can’t quite believe it, it’s a dream come,” Connolly told BT Sport.

“I’ve been watching the Premier League since I was four or five, so to be playing in it now and then to score and to win 3-0, it really is a dream come true.

“I didn’t really know how to celebrate – I just ran away to the other end! I can’t really put in into words at the moment how much it means.”