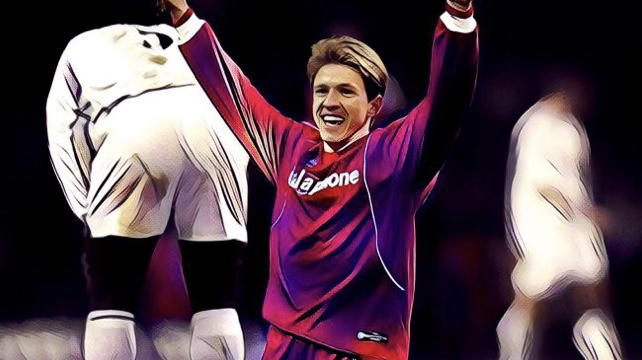 Few nations have a reputation in football quite like Brazil, with the famed yellow shirts and joyous style of the five-times World Cup winners winning fans worldwide.

We’ve decided to pick our favourites, and comprise an all-time Brazilian Premier League XI and it’s the team…

Every once in a while, a player comes along who changes the make-up of what makes a great goalkeeper. Manchester City star Ederson is exactly that kind of player.

Signed as a relatively unknown in a £35m deal from Benfica in 2017, Ederson has brought a new dimension to Pep Guardiola’s all-conquering side.

A quality shot-stopper with the passing range of an elite midfield player, Ederson allows City to build attacks from the back to a level previously unseen in the English top-flight.

Back-to-back titles have been secured in his first two Premier League seasons, whilst he was also named in the PFA Team of the Year for 2018/19.

Signed alongside twin brother Fabio, it was Rafael who would go on to make the greater impact of the duo at Manchester United.

The full-back was energetic and tenacious in the tackle, soon making himself a crowd favourite at Old Trafford whilst a stunning goal at arch-rivals Liverpool further endeared him to the club’s support.

In seven seasons in the first-team, Rafael won three Premier League titles before leaving for French side Lyon in 2015.

Nicknamed ‘The Tank’, Alex was a formidable physical presence who possessed a rocket of a shot on occasion.

Originally signed by Chelsea in 2004, the centre-back would spend three seasons at Dutch side PSV before finally getting his chance at Stamford Bridge.

Having arrived in the Premier League, Alex would develop a reputation as a powerful defender with a penchant for the spectacular, having been no stranger to a ‘golazo’ with a series of free-kick thunderbolts from distance.

He left Chelsea in 2012 for Paris Saint-Germain, having won one Premier League title and two FA Cups in five seasons in the first-team.

The big-haired Brazilian has played a major role in Chelsea’s recent successes, proving a key part of the Blues defence over two spells at Stamford Bridge.

A modern ball-playing defender, his defensive skills often earned criticism but he has matured since returning from a two-year spell at Paris Saint-Germain and was a vital part of Antonio Conte’s title-winning side of 2017.

Also part of the Champions League winning side of 2012, Luiz has also won one Premier League title, an FA Cup and two Europa League titles during two trophy-laden spells in West London.

The first Brazilian to play for Arsenal, Sylvinho became a popular figure after turning down North London rivals Tottenham to move to Highbury in 1999.

Replacing club legend Nigel Winterburn, Sylvinho scored several spectacular goals for the club and was named in the PFA Team of the Year for the 2000/01 season.

His spell at Arsenal was cut short following the emergence of a young Ashley Cole, moving on to Celta Vigo and then Barcelona where he twice won the Champions League, returning to play another season in the Premier League at Manchester City in 2009/10.

Part of Arsenal’s famed ‘Invincibles’ side who went the entire 2003/04 season unbeaten, Gilberto Silva was amongst Europe’s finest defensive midfielders during a six-year spell in North London.

Signed following his performances at the 2002 World Cup with winners Brazil, Silva would flourish in a midfield partnership with Patrick Vieira scoring the winning goal on his debut in the Community Shield.

He later helped guide the emerging Cesc Fabregas, winning one title and two FA Cups with the club.

The midfielder left for Greek side Panathinaikos in 2008, having made more than 200 appearances for Arsenal in all competitions.

An understated and perhaps underrated part of Manchester City’s modern success, Fernandinho has been the defensive midfield shield which has allowed the club’s stars to flourish.

Signed in a £34m deal from Ukrainian side Shakhtar Donetsk, Fernandinho has flourished in the Premier League with his work-rate, ball-winning ability and passing range making him the complete midfielder.

In six seasons in Manchester the Brazilian has won eight major honours, including an unprecedented domestic treble in 2018/19 in a season in which he was named in the PFA Team of the Year.

A pioneer for Brazilian players in the Premier League who became a cult-hero on Teesside during three spells at Middlesbrough.

Part of a foreign revolution at Middlesbrough in the mid-90’s, Juninho’s signing represented a major shock when he first signed for the club in 1995.

The diminutive playmaker helped guide Boro to two cup finals in 1997, although both ended in defeat and was later reduced to tears as a three-point deduction condemned the club to relegation.

Named as Premier League Player of the Year despite the club’s relegation, Juninho left the club to keep alive his hopes of making Brazil’s World Cup squad, but would return on loan in 1999 following the club’s return to the top flight.

A two-year spell in Brazil followed, before he signed for a third time in 2002. He left once more in 2004 after helping the club to League Cup success that year, the club’s one and only major trophy.

Five major honours in six seasons since arriving at Stamford Bridge, Willian has been a model of consistency after joining from Shakhtar Donetsk in 2013.

Twice named as the club’s Player of the Year, the winger played a vital role as Chelsea were crowned champions in 2015 and 2017.

Quick, skillful and deadly from set-pieces, Willian is the archetypal Brazilian wide-man and has been amongst the division’s finest wingers since arriving in English football.

Perhaps one of Liverpool’s best pieces of business in the Premier League-era, Coutinho arrived in an £8.5m deal from Inter Milan as a promising 21-year-old looking for an opportunity.

Five years later, he would leave Anfield for Barcelona as the world’s third-most expensive player of all-time after developing into one of the Premier League’s leading lights.

Blessed with close control and trickery, he would earn the nickname ‘The Magician’ from fans and teammates at Anfield for his habit of creating something from nothing.

Twice named as the club’s Player of the Season, he developed a habit of cutting in from the left and hitting spectacular strikes from distance.

The highest scoring Brazilian in Premier League history, Roberto Firmino has become an ever-popular figure at Anfield since joining Liverpool in 2015.

Originally signed as an attacking midfield player, Firmino has been reinvented as a ‘false 9’ with his relentless work-rate and intelligent movement essential to Liverpool’s counter-pressing style.

Despite his workman-like approach to the game, he still possesses typical Brazilian flair becoming well known for his ‘no-look’ finish on occasion.

He has hit 48 league goals in 137 appearances for the club, helping Jurgen Klopp’s side to Champions League success in 2019.

Here’s a pitch to have David Ginola included in the best XI never to win the Premier League title. ?

Check out the full pod below to see if he made the cut, it's some team! ?https://t.co/yp6hTR8Dmw pic.twitter.com/n91fEZYyrN