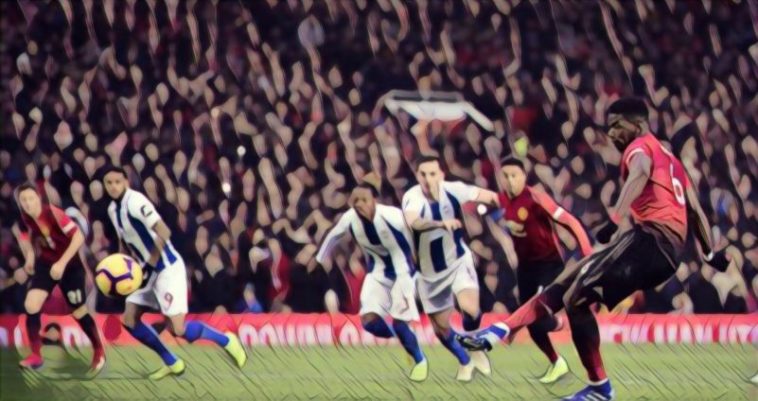 Paul Pogba’s penalty miss for Manchester United stirred up controversy on Monday night, as the Frenchman seeing his spot-kick saved by Wolves goalkeeper Rui Patricio after stepping up ahead of Marcus Rashford.

The French midfielder has now missed four penalties since the start of last season, more than any other player in the Premier League in that time, but how does his record compare to some of the worst penalty takers in the division’s history?

Here are six of the worst Premier League penalty takers ever:

Perhaps a surprising inclusion on this list, the two-time Golden Boot winner had a poor record from the spot despite being regarded as one of the Premier League‘s finest finishers.

The former Liverpool, Stoke City and Newcastle United forward missed seven of his 21 penalties over the course of his career, giving him just a 66% conversion rate from the spot.

Pogba’s latest miss in the 1-1 draw at Molyneux moves him up the list of the Premier League’s worst penalty takers, the Frenchman having now missed 36% of all his efforts from the spot.

Rashford has now scored each of his four penalties in senior football, and Pogba’s indifferent record may now mean he is United’s sole penalty taker.

This jumping on the Pogba penalty bandwagon is boring.
He wanted to take it because he got fouled…which happens a lot!
He missed..
…He didn’t try to miss it.
…It was a good save
End of.#WOLMUN

The only Englishman to have won the European Golden Shoe, Phillips was a reliable scorer at Premier League level for both Sunderland and Southampton.

That reliability however failed to transfer to penalty duty, where he missed a huge seven of his attempted 18 spot-kicks.

However, the Trinidad and Tobago international seemingly struggled from 12 yards, missing 40% of all his Premier League penalties.

Perhaps Riyad Mahrez’s most memorable penalty miss came last season, surpassingly stepping up for Manchester City at Anfield and blazing his kick over in a goalless draw at title rivals Liverpool.

That miss was just the latest for the Algerian winger, who has converted just 58% of the 12 penalties he has taken over his Premier League career.

The popular Colombian developed into a cult hero during his spell at Aston Villa, though he ‘boasts’ perhaps the worst penalty record in Premier League history.

The forward missed exactly half of all his penalties in English football, his conversion record a paltry 50%.

It takes bottle to step up to the spot, though perhaps someone should have had a word.

See Also: Penalty debate and racist abuse aside, are things looking up for Man United?