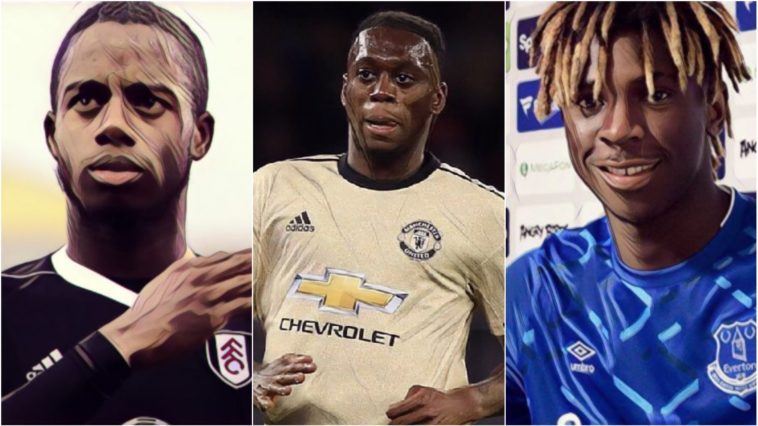 More than ever big football clubs are willing to take a punt on young talent with massive transfer fees. Why is this the case? And how can Premier League clubs take advantage?

A curious thing has been happening in football over the past couple of years. A trend has been growing in the game, one that is now becoming hard policy at most clubs; football clubs are willing to stake millions of euros on young, up-and-coming starlets with relative inexperience in the hope that they become the ‘Next Big Thing’.

This summer alone we have seen: Manchester United spend €55m on 21-year-old Aaron Wan-Bissaka, a full-back with just one full season under his belt; Rodrygo complete his €45m move to Real Madrid, a year after the sale was agreed when the then 17-year-old had only nine senior appearances to his name; 19-year-old Matthijs de Ligt switch from Ajax to Juventus for €70m; and Joao Felix leave Benfica for Atlético Madrid for a whopping €126m and he’s also only… 19 years of age. Meanwhile, teenager Ryan Sessegnon left Fulham to join Spurs for €27m, and that’s considered cheap in this market.

Of course, there have always been prodigious talents who have sold for tens of millions while still in the infancy of their career. Javier Saviola, who left River Plate to join Barcelona as a teenager for €35.9m in 2001, comes to mind. He was dubbed the ‘New Maradona’, but it never quite worked out. Wayne Rooney is another. He cost Man United €35m in 2004 after two outstanding seasons for Everton, but he was still a wet-behind-the-ears 19-year-old.

Those felt exceptional at the time though, whereas now it’s de rigueur. It took a long while for any club to be willing to match that kind of money for a juvenile, but there are now two that cost over €100m. Looking at the players I have not yet mentioned that are on the list of the most expensive teenagers of all time, you can see the upward trajectory: Lucas Moura (19, €39m), Sao Paolo to PSG in 2013; Luke Shaw (18, €35m), Southampton to Man United in 2014; Anthony Martial (19, €58m), Monaco to Man United in 2015; and, the most expensive of them all at €135m, is Kylian Mbappe, who moved from Monaco to PSG in 2018.

It used to be the case that that kind of money was generally reserved for players at their absolute peak, or at least close to it. The five times Real Madrid broke the world transfer record between 2000 and 2013, it was on players who were between the ages of 24 and 29. Even beyond the Galacticos, clubs were only willing to part with their money if it was on a sure thing.

So what has changed? Like most things in sport, trends occur for a number of reasons, not just one or two big ones. Obviously, there is more money in the game now than ever before, meaning clubs are willing to take a gamble on a young player without it being too detrimental to their financial accounts. Clubs are more aware of a player’s sell-on value too, so even if they don’t work out, they can still recoup some of the transfer fee later on.

A more wide-ranging cause may be the proliferation of advanced analytics in football. These have been used in other sports such as baseball, basketball and American football for player recruitment and match analysis for years, but association football has only caught up in the last half-decade. With a greater availability of data comes a greater knowledge about players across the board.

To what extent advanced analytics played a role in any of the major deals involving young talents this summer, we don’t know, but any big club worth their salt is crunching the numbers to make sure a prospective signing is worth the money they’re paying out. Even with just, say, a season’s worth of data to go off, a club can pinpoint the exact attributes they are looking for in a player and figure out who they should be targeting in the market.

There is an inherent risk with basing decisions off a small sample size, but we are seeing now more than ever that teams are willing to invest heavily in relative unknowns. That’s exactly what Everton did when they dropped €29m on Moise Kean, the talented young forward from Juventus, despite the fact that he has only made 16 appearances in Serie A in his career to date.

This is no doubt a gamble on the Toffees’ part, who don’t possess the spending power of the top six. Compare this signing though, with that of Yannick Bolasie, who arrived at Goodison Park for a similar fee in 2016. The winger was what you might call a ‘sure thing’ at the time, but at 27 years of age the club were paying a lot of money for the downside of his career.

In December of that year, Bolasie suffered an ACL injury that kept him out of action for over a year. He has featured in just 29 Premier League games over three years and Everton are finding it extremely difficult to find a suitor to take him off their hands.

Everton couldn’t possibly have predicted that signing would go so awry, and there are factors that go beyond just his age that made it such a failure. But the fact remains that post-peak footballers are more likely to suffer injury and end up costing a lot more in salary than their younger counterparts. Although the club has had success in bringing through young talent such as Romelu Lukaku and Richarlison (both 21 when they signed), they still somehow thought spending a bomb on Wilfried Zaha would be a good idea.

With the kind of money zipping around the game these days, this should be setting off sirens at every club. We’ve seen how the transfer policies of many middling-to-struggling clubs have gravitated towards buying only players who are aged 25 or younger, or focussing heavily on their academy. In many cases, this is by necessity, as they don’t have the means to bring in experienced players who demand higher wages.

Southampton have been a shining example in this regard, bringing through numerous players from their youth ranks (such as Gareth Bale and Adam Lallana) as well as buying in promising young players (such as Sadio Mané), before flipping them at a massive profit, usually to Liverpool. By producing young footballers and giving them a chance to shine under the big lights, there is scope to not only potentially improve your team, but make a lot of money too.

Yet it is still a blind spot for so many clubs, despite the obvious advantages. Even Crystal Palace, before giving Aaron Wan-Bissaka his first start in February 2018, had not given a full league debut to an academy player since 2011. The full-back, who only got his opportunity thanks to an injury crisis, was on the verge of joining Swindon Town on loan the month beforehand. Just over a year later he was worth over €50m.

The margins in this sport are that fine. Any top-flight club could be sitting on the next fifty million kid, but will they get their chance? Once upon a time there was a widespread worry over whether or not a young player would have the mental fortitude to withstand the pressure of a mega-money move. Nowadays these starlets seem unfazed and unperturbed by such numbers. Whatever the reason for that is, this is the new normal.

Read: Our incredibly dubious Premier League predictions for the 2019/20 season

See Also: The inner city baller with a love for Bohemians and a multicultural Ireland