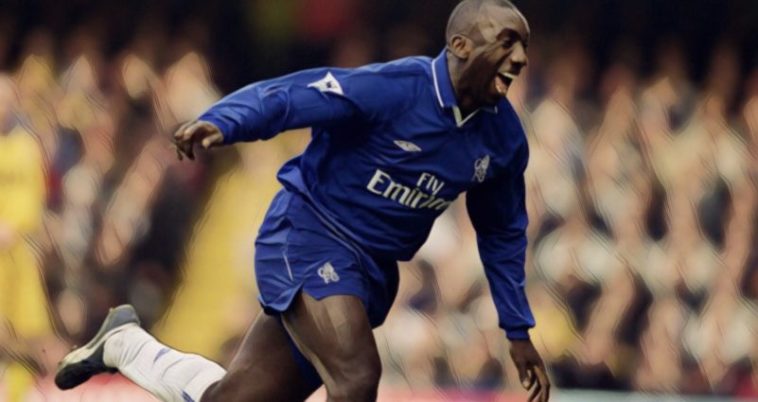 Next in our run through past Premier League seasons is the 2000/01 campaign, a year which saw Manchester United continue their dominance of the English game by becoming just the fourth club to win three consecutive league titles.

Whilst Sir Alex Ferguson’s all-conquering side remained the team to beat in England’s top tier, Ipswich Town proved the surprise package of the season in finishing fifth, whilst Leeds make their impression on Europe by reaching the semi-finals of the Champions League under David O’Leary.

We’re continuing our look back at the greatest goalscorers from each Premier League campaign, here are the five leading scorers from the 2000/01 campaign:

Having emerged as a teenage sensation in the late nineties with back-to-back Golden Boots, Owen was established as one of the stars of the division by the turn of the millennium and would enjoy the most successful season of his career during the 2000/01 campaign.

The spearhead of an exciting young Liverpool side under the guidance of Gerard Houllier, Owen scored 16 Premier League goals as the Merseyside club finished third and secured qualification to the Champions League for the first time.

The club’s greatest success came in cup competition, however, winning a treble of trophies by landing the League Cup, FA Cup and UEFA Cup. Owen scored in each of the latter two finals, including a memorable late double as the Reds came from behind to beat Arsenal in the FA Cup final in Cardiff.

His performances saw the forward crowned as winner of the Ballon d’Or later in 2001, becoming just the fourth Englishmen – and first Liverpool player – to win the game’s greatest individual honour.

Thierry Henry had enjoyed a breakthrough season during a debut campaign at Arsenal that delivered 26 goals in all competitions, and the French forward would once again lead the club’s scoring charts by netting 17 times during the 2000/01 Premier League season.

That haul saw Henry match his league tally from the previous season, and ensured Arsenal secured Champions League qualification once more after finishing as runners-up to Manchester United.

Henry’s haul included a winning goal against the eventual champions and a first ever Premier League hat-trick against Leicester, whilst his performances also earned him inclusion in the PFA Team of the Year alongside Gunners’ teammates Patrick Vieira and Sylvinho.

Viduka arrived in English football following a prolific spell north of the border with Celtic, winning the SPL’s Golden Boot and Player of the Year award before a £6m move to join Leeds in 2000.

The Australian enjoyed a hugely impressive debut campaign at Elland Road to finish as the club’s leading goalscorer, scoring 17 Premier League goals and 22 in all competitions.

Only two players scored more goals than Viduka during his maiden campaign in the Premier League, a season which included a four-goal haul during a thrilling 4-3 over Liverpool.

Beginning the season as favourites for the drop after securing promotion via the play-offs, few fancied Ipswich to make much of an impact under the guidance of George Burley amid their return to the top tier.

The newly-promoted side bounced back from a shaky start to emerge as surprise contenders for the Champions League places, however, backed by the goals of forward Stewart who continued his prolific form from their promotion campaign.

Stewart scored 19 league goals for the season to finish as runner-up for the division’s Golden Boot, including a winning goal at Liverpool and a hat-trick to defeat Southampton at The Dell in early April.

Ipswich would fall just short of their bid to secure Champions League football and ended the season fifth, though a stunning campaign ensured UEFA Cup qualification and earned Burley the Manager of the Year award.

The Netherlands international was a familiar face to Premier League fans having enjoyed a goal-laden spell at Leeds, a two-year period that included a Golden Boot before a contract dispute saw Hasselbaink head to Atletico Madrid.

The Spanish side’s relegation saw Chelsea capitalise and sign the forward in a club record deal just a year later, however, the £15m fee matching the British transfer record that had taken Alan Shearer to Newcastle four years earlier.

Hasselbaink hit the ground running to quickly justify his fee, netting in the Community Shield victory over Manchester United before scoring from the spot against West Ham on the Premier League’s opening day.

The goals continued to flow throughout a prolific season for the Dutchman, who secured the second Golden Boot of his career after firing Chelsea to UEFA Cup qualification with 23 goals – including a four-goal during a 6-1 destruction of Coventry at Stamford Bridge.