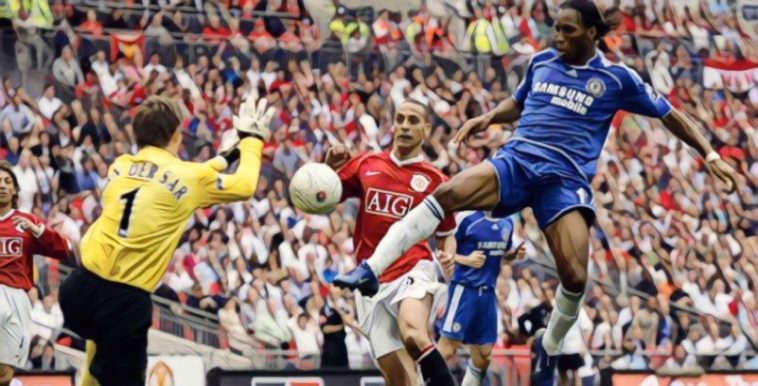 Every footballer dreams of making an impact in a major cup final, with many players having starred during appearances in English football’s domestic cup competitions.

Both the FA Cup and League Cup hold their own prestige and scoring in either final is a notable achievement, though this feature celebrates an exclusive group of three to have scored in both showpieces in the same campaign.

Here we look back at how three players scored in the FA and League Cup finals in the same season:

Norman Whiteside burst onto the scene as a precociously talented forward player at Manchester United, becoming the youngest player in World Cup history when representing Northern Ireland just over a month after his 17th birthday in 1982.

The following year saw the young Irishman continue his upward trajectory at Old Trafford, scoring 14 goals in all competitions and helping Ron Atkinson’s side to the final of both domestic cup competitions.

Whiteside’s performances defied his tender years and he became the youngest goalscorer in League Cup final history when netting the opener against Liverpool in March 1983, though United would ultimately fall to an extra-time defeat at Wembley as goals from Alan Kennedy and Ronnie Whelan secured victory for the Merseyside club.

United ended the season with a second chance at silverware as they met Brighton in the FA Cup final, though the showpiece would head to a replay after an initial 2-2 draw at Wembley.

Atkinson’s side produced a much improved performance to thrash the Seagulls 4-0 just five days later, Whiteside scoring his side’s second to become the youngest ever FA Cup final goalscorer and the first to net in both finals in the same season

Mark Hughes became the second player to score in both domestic cup finals, his feat again coming in the colours of Manchester United during the 1993/94 season.

Sir Alex Ferguson’s side had won their first league title in over two decades the previous season and were once again amongst the frontrunners for the game’s biggest prizes, winning a second successive league title and reaching the final of the League and FA Cup.

Their bid to become the first English side to win a domestic treble ended at the hands of Aston Villa, however, losing 3-1 in the League Cup final at Wembley with Hughes scoring the Red Devils’ consolation.

United, however, claimed a first ever domestic double courtesy of an FA Cup final thrashing of Chelsea, Hughes scoring his side’s third goal in a 4-0 victory as the west London side were defeated in emphatic fashion.

Didier Drogba secured legendary status at Chelsea, a reputation largely achieved due to his habit of scoring crucial goals at important times for the west London side.

The Ivorian scored an incredible nine goals in just ten cup final appearances for the Blues, including scoring in both domestic showpieces during the 2006/07 campaign.

Unlike both Whiteside and Hughes, however, Drogba’s intervention would see Chelsea lift the trophy on both occasions, firstly netting both goals as the Blues came from behind to beat Arsenal in the League Cup final in Cardiff.

Drogba would then have the distinction of scoring the first ever FA Cup final winner at the new Wembley, scoring an extra-time winner to defeat Manchester United as Jose Mourinho completed his set of English football’s major honours.