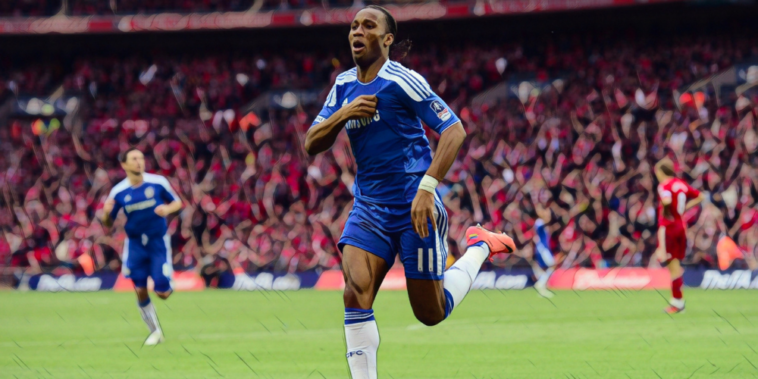 Chelsea and Liverpool meet in the FA Cup final this weekend, as two modern rivals go head-to-head for silverware at Wembley.

The two teams have become fierce opponents since the turn of the century and have regularly met in high-stakes encounters, from clashes in the latter stages of the Champions League to Premier League fixtures with much on the line.

This season’s FA Cup final will be the sixth time the sides have met in a trophy-deciding occasion and we’ve decided to look back at the previous encounters.

Chelsea and Liverpool were both under new management during the 2004/05 campaign and the sides met in the League Cup final to contest the first major silverware of the season.

The clash was the first real instalment of a fierce rivalry between Jose Mourinho’s Chelsea and Rafael Benitez’s Liverpool, with the clubs later going head-to-head in the Champions League semi-finals.

Liverpool took the lead inside 45 seconds at an atmospheric Millennium Stadium in Cardiff, as John Arne Riise volleyed home Fernando Morientes’ cross to hand the Reds the advantage.

Ahead of @LFC v @ChelseaFC here's a throwback to their enthralling League Cup final back in 2005.#ChelseaFC #LFC #LIVCHE pic.twitter.com/owSy7EVVfd

Steven Gerrard’s own goal forced the clash into extra-time, with Jose Mourinho sent off after taunting the Liverpool fans in the aftermath of Chelsea’s leveller.

Didier Drogba and Mateja Kezman scored in the added period to seal success for Chelsea, who held on in a tense finish after Antonio Nunez pulled a goal back.

Mourinho celebrated with the first trophy of his reign at Chelsea, before adding a Premier League winners’ medal to his collection at the end of the season.

Liverpool had proven an annoying obstacle in Chelsea’s pursuit of major trophies, having beaten the Blues in the Champions League semi-finals in 2004/05, before repeating the trick in the last four of the FA Cup the following season.

Jose Mourinho’s side had emerged as the Premier League’s dominant force with successive league titles and the two clubs collided in the season’s traditional curtain-raiser in 2006.

John Arne Riise – who scored against Chelsea in the 2005 League Cup final and in the FA Cup semi-final win the previous season – opened the scoring in Cardiff, capping a lung-busting run with a low effort that bounced beyond Carlo Cudicini.

Chelsea equalised through record arrival Andriy Shevchenko, who marked his first appearance since signing from AC Milan in a £30m deal with a fine equaliser on the stroke of half-time.

The clash appeared to be heading towards extra-time until Peter Crouch found a winner, rising to meet Craig Bellamy’s cross at the back post and nod home the decisive goal on 80 minutes.

Sunday’s showdown will be the he sides’ second meeting in the FA Cup final, having previously met at Wembley in 2012.

Liverpool were in pursuit of a domestic cup double after winning the League Cup earlier in the campaign, but were undone by cup final specialist, Didier Drogba.

Ramires raced away from Jose Enrique to beat Pepe Reina inside his near post to open the scoring for Chelsea, before Drogba’s goal early in the second half – his fourth in FA Cup finals at Wembley – put the West Londoners in control.

The introduction of Andy Carroll helped turn the tide in Liverpool’s favour and the giant Geordie pulled a goal back after showing nimble footwork inside the area before lashing high into the net.

Carroll thought he had found an equaliser in the closing stages as Liverpool upped the pressure, though saw Petr Cech keep out his goal-bound header with one of the great FA Cup final saves as Chelsea held on to win the trophy for a seventh time.

It was an all-England Super Cup final in 2019, as Champions League winners Liverpool took on Europa League holders Chelsea in Istanbul.

Sadio Mane equalised soon into the second period after bundling in from close range and added a second goal in extra-time, slamming home Roberto Firmino’s cut-back.

Adrian – making his Liverpool debut in place of the injured Alisson – conceded a penalty which Jorginho converted to level the scores once again, but the Spaniard proved the hero in the shootout after saving Tammy Abraham’s tame penalty to seal victory for the Reds.

This weekend’s FA Cup final will be the second time that the same pair of teams meet in both domestic cup finals of the same season, after Arsenal and Sheffield Wednesday did so in 1993.

Their League Cup final showdown in February ended in a goalless draw after 120 minutes, though it was an entertaining affair with Chelsea having three disallowed goals, whilst being grateful for a magnificent goalkeeping performance from Edouard Mendy.

Thomas Tuchel chose to replace Mendy with Kepa Arrizabalaga for penalties, though the Spaniard’s introduction was a gamble that backfired as he missed the decisive kick in a marathon shootout.

Liverpool goalkeeper Caoimhin Kelleher made it 11 successful penalties from 11 for Liverpool, before Kepa blazed his effort high over the crossbar to hand the Reds the first major silverware of the season at Wembley.

The win was Jurgen Klopp’s first domestic trophy as Liverpool manager and a record-breaking ninth success in the competition for the Merseysiders.