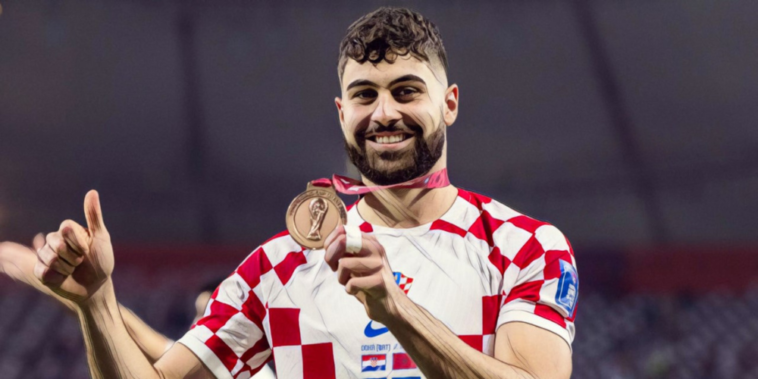 Gvardiol as been on the radar of Europe’s top clubs for some time and enhanced his growing reputation with an impressive World Cup campaign for Croatia in Qatar.

The centre-back shone as Croatia finished third and his performances have increased the interest around the defender.

Marca are reporting that Real Madrid are admirers of Gvardiol, but face strong competition from England with Chelsea leading the race for his services.

The west Londoners have already agreed a deal with Leipzig to sign Christopher Nkunku next summer and, having recently announced the appointment of ex-Leipzig chief Christopher Lovell as technical director, are pursuing a double deal to land Gvardiol.

However, Real Madrid are considering an approach amid uncertainty surrounding the futures of Ferland Mendy and Nacho at the Bernabeu.

Leipzig are under no pressure to sell the 20-year-old, who does not have a release clause in his contract at the Red Bull Arena, and has also been linked with Manchester United and Manchester City.

Gvardiol has established himself as one of the most exciting defensive prospects in world football since joining Leipzig in an €18m deal from Dinamo Zagreb.