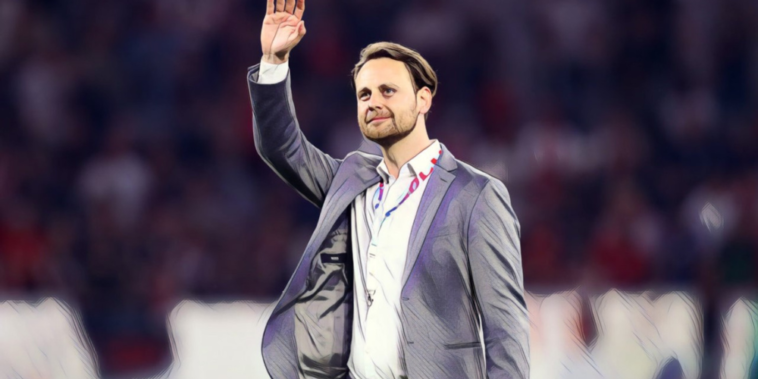 Chelsea have announced the appointment of Christopher Vivell as the club’s new technical director.

Vivell arrives at Chelsea having held a similar role at RB Leipzig, before making an abrupt departure from the Bundesliga side due to ‘contrasting views’ in October.

During his time at Leipzig, the German was responsible for the club’s recruitment and scouting across all age groups, while also contributing to the strategy for squad building across the wider Red Bull group.

Vivell previously spent five seasons with Red Bull Salzburg as the club’s head of scouting and also worked as a scout at Hoffenheim. Chelsea co-owner Todd Boehly is understood to be interested in exploring the multi-club model Red Bull have used.

His appointment ends Chelsea’s search to fill the position and Vivell has discussed his excitement at getting to work at Stamford Bridge.

“Chelsea are building the most exciting project in global football and I’m extremely proud to be joining the club,” Vivell told the club’s official website.

“There is so much potential for the club to continue to succeed, develop and grow. Under the new ownership, Graham Potter and the broader sporting team, there is a clear and sustainable philosophy underpinned by performance analysis, data and innovation, and I am looking forward to playing a part in that.”

Chelsea are already understood to have pre-agreed a deal to sign Christopher Nkunku from RB Leipzig next summer, while the club retain an interest in the club’s young centre-back, Josko Gvardiol.