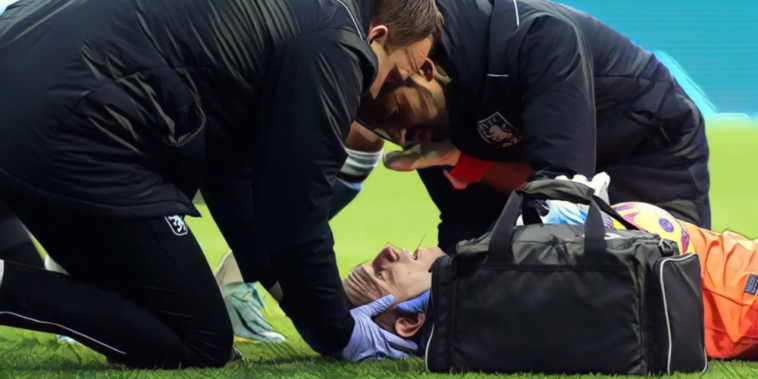 The Premier League is keen to introduce temporary concussion substitutes from next season.

England’s top division has written to the International Football Association Board, the game’s international rule-making body, requesting a trial of concussion substitutes from next summer.

The Premier League believes that the trial of permanent concussion substitutes has already had a positive impact and has reduced the threat of brain injuries, though there are advocates for temporary changes which could come into effect next season.

Consultation with doctors has led to the request, following discussions during the World Cup break. The introduction of temporary substitutes would reduce the pressure on medical professionals to make a swift decision on a potential injury and would allow tests to be conducted away from the pitch.

If the player is fit to return, he can be re-introduced for the concussion substitute, who alternatively would remain on the pitch as a permanent substitution if the injured players is deemed unable to continue.

According to the Guardian, France’s Ligue 1 and the USA’s MLS have joined the Premier League in making a joint request and a decision is expected in spring 2023.

The news has been welcomed by brain injury charity Headway, who described the request as a ‘progressive development”. Headway have previously been critical of football’s ‘slow adoption of tougher concussion protocols’ and have called for the introduction of temporary substitutes.

Headway were also critical of the decision to allow Iran goalkeeper Ali Beiranvand to carry on after clashing heads with a teammate during his nation’s World Cup opener with England in Qatar.

Despite clearly appearing disorientated, the goalkeeper was allowed to continue before falling to the turf moments later and calling to be substituted. Headway described the scenes as an ‘utter disgrace’ and the introduction of temporary substitutes would remove such situations from the game.