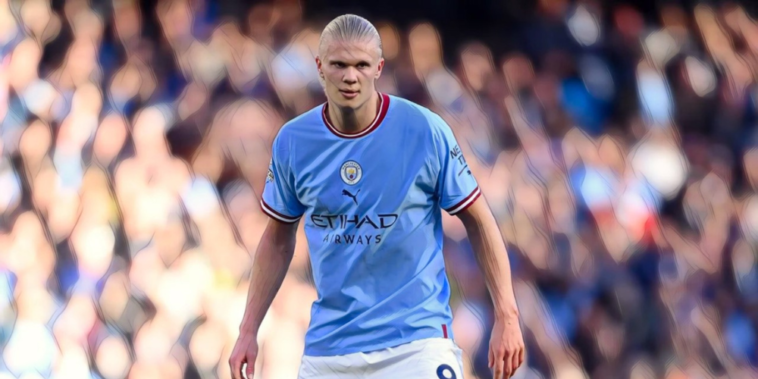 Premier League football makes its return next week and attention turns back to the domestic season.

The festive football will begin with a Boxing Day schedule, as club football takes centre stage following the mid-season pause for the FIFA World Cup.

While several stars of the division shone during the tournament in Qatar, there are a number of notable names who have been forced to wait patiently for the Premier League’s return.

One man who will be raring to go next week is Erling Haaland, whose phenomenal start at Manchester City was halted by a mid-season major tournament.

Norway’s failure to qualify for the World Cup denied the world stage of one of the football’s finest finishers, with Haaland having underlined his status as one of the game’s best centre-forwards this season.

He has scored 23 goals in just 18 appearances across all competitions for Pep Guardiola’s side, breaking numerous records during a stunning start in English football. The race for the Premier League’s Golden Boot appears a procession with Haaland six goals clear of nearest challenger Harry Kane, having averaged 1.56 goals per 90 minutes in the division so far this season.

A reminder that Erling Haaland has so far scored 18 goals in 13 games in his debut Premier League season.

And he's had a full month on charge. 🔌 pic.twitter.com/caBjdgevbi

Haaland has struggled with fitness issues in recent seasons and the enforced break could prove hugely beneficial to City and their formidable forward across the remainder of the campaign. A home defeat to Brentford before the break proved a setback, with the champions five points behind leaders Arsenal.

With Haaland in their ranks however, City will be confident of closing that gap. City face Liverpool in the Carabao Cup on Thursday evening, before resuming their Premier League campaign at Leeds on December 28. Jesse Marsch’s side have the unenviable task of keeping Haaland off the scoresheet, a feat just three teams have managed in the Premier League this season.

Mohamed Salah is another big name who missed out on a place at the World Cup, as Egypt were beaten in the CAF play-offs by Senegal.

Salah had found his goalscoring groove before the season’s pause and scored nine goals in his last appearances before the break. He is the joint-leading scorer in the Champions League this season (7) and despite accusations of a slow start by his standards, has 19 goal contributions in just 21 appearances across all competitions.

He returned with a goal as Liverpool thrashed AC Milan 4-1 in a friendly last week and could feature as the Reds face Manchester City in the Carabao Cup on Thursday.

The absences of Luis Diaz and Diogo Jota will place greater emphasis on Salah to hit the ground running as the season restarts, as Liverpool look to recover from an unconvincing opening to the season.

Jurgen Klopp’s side are sixth, seven points outside the Champions League places with a game in hand. There’s also the small matter of a Champions League clash with Real Madrid to come, in a rematch of last season’s final. There’s history there between Salah and the Spaniards.

Alejandro Garnacho provided a glimpse of his talent before the break and will hope to kick-on across the second half of the campaign at Manchester United.

Winning goals against Real Sociedad and Fulham were followed with a match-winning performance off the bench against Aston Villa, as Garnacho provided two assists to inspire the Red Devils to a comeback win in the Carabao Cup’s third round.

The 18-year-old was the star of United’s FA Youth Cup success last season and has shown encouraging signs since stepping into the first team, with the exit of Cristiano Ronaldo removing one obstacle in his path to more regular minutes.

Scott McTominay was full of praise for the exciting Argentine, outlining his belief that Garnacho can reach the top with hard work and focus.

“He’s a hell of a footballer and obviously for me if he keeps his feet on the ground and keeps learning and keeps wanting to work hard then he can do what he wants in football,” the midfielder told the club website via a fans Q&A.

“He’s such a talented player and for us we’ve got to keep him humble and keep him working hard as well.”

Thigh issues have prevented Spurs from seeing the best of Dejan Kulusevski this season, but the north Londoners will be confident the Swedish star can rediscover his finest form across the remainder of the campaign.

Kulusevski has made a huge impact since joining Spurs on an initial loan deal from Juventus last winter, with the winger’s creative qualities having helped lead Antonio Conte’s side to a top four finish and Champions League qualification.

Broad and balletic with nimble footwork, he has proven a full-back’s nightmare during his opening months in English football and has provided a constant supply of ammunition to the forward line.

Since arriving into the Premier League, he has been directly involved in 19 goals in just 21 league starts, averaging a goal or assist every 99 minutes.

Dejan Kulusevski has made quite the impression since joining @SpursOfficial 🔥#GoalOfTheDay pic.twitter.com/gN1XV5Dfdu

Kulusevski is capable of the spectacular and having had over a month to work on his fitness and sharpness during the break, will hope for a central role in the second half of Spurs’ campaign.

Martin Odegaard is getting better and better at Arsenal with the midfielder having grown into his role as the captain and creative hub of Mikel Arteta’s improving team.

This season the 24-year-old has orchestrated the build-up for the Premier League leaders, providing assists, scoring goals, and fashioning chances for his teammates. His flawless close control and weight of pass have been a factor of Arsenal’s play in the final third, while he has demonstrated an improving end product.

Odegaard has scored six goals in 13 league appearances this season, just one less than the total he managed across the entirety of the 2021/22 campaign. He headed into the break in fine form with three goals in his last three appearances and will hope to pick up where he left off as Arsenal face West Ham on Boxing Day.