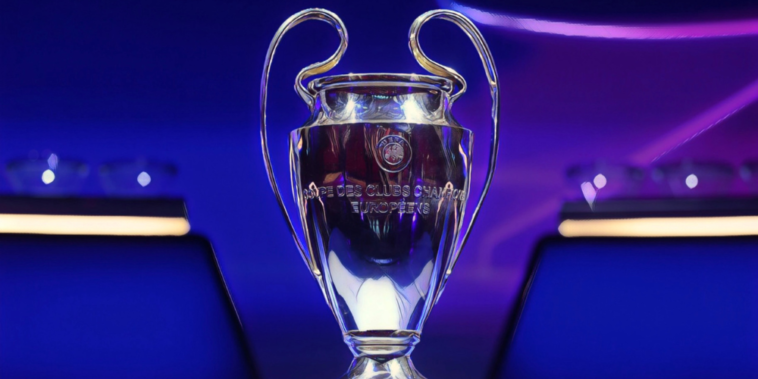 The UEFA Champions League makes its much anticipated return this week as the group stage of the competition commences.

Four Premier League teams will take part among Europe’s elite at this stage and each will have ambitions of progressing to both the knockout rounds and latter stages of the competition.

Ahead of matchday one of the 2022/23 Champions League, we’ve looked at each of the groups involving English clubs and rated the difficulty each side faces to progress.

Liverpool have reached three of the past five finals and have huge pedigree in this competition, with Jurgen Klopp again targeting a challenge for the trophy.

The Reds were beaten in last season’s final against Real Madrid and have been given a tricky test in the competition’s early stages this time around.

Back in #UCL action tomorrow 🙌

We'll be bringing you live training ahead of the trip to Napoli from 11:45 BST 💻 pic.twitter.com/yHfpRyQvWR

Ajax, Napoli and Rangers all have major European experience, while each of those atmospheric away trips will prove particularly awkward challenges.

Ajax have won each of the past three Eredivisie titles and have so far shown no downturn despite a mass exodus this summer, with manager Erik ten Hag and a number of leading names – including Antony, Lisandro Martinez, Sebastien Haller and Ryan Gravenberch – having departed for major European clubs.

Ajax have won all five of their league fixtures so far this season, while Napoli are also unbeaten after five games in Serie A. The arrivals of Giacomo Raspadori and Giovanni Simeone have added to an exciting forward contingent that already includes Victor Osimhen, named as Serie A’s Best Young Player after scoring 18 goals in 2021/22.

Rangers will hope to upset the odds once again after reaching last season’s Europa League final and their ‘Battle of Britain’ clash with Liverpool will prove a fascinating watch. The Scottish side return to the group stage this season for the first time since 2010/11.

On paper, Tottenham appear to have been handed the most straight-forward of groups. Eintracht Frankfurt were the weakest of the pot one seeds, having been among the Champions League’s leading clubs for the draw given their status as Europa League winners.

The Germans overachieved to win that competition last season after an 11th-place finish in the Bundesliga, while Frankfurt have since lost the influential Filip Kostic to Juventus and have started their domestic campaign in indifferent form.

😍 European nights under the lights 🔜

Only two days until we face Marseille…

Sporting Lisbon reached the knockout rounds last season, but were thrashed 5-0 over two legs during their last-16 meeting with Manchester City. Sporting finished as runners-up to Porto in Portugal last season, but have since lost key figures with midfield duo Matheus Nunes (Wolves) and João Palhinha (Fulham) having moved to the Premier League.

Marseille have reached this stage just twice in the past decade and have not progressed into the last-16 since the 2011/12 season. A trip to The Stade Vélodrome will be a raucous occasion to navigate however, against a team containing past Premier League players including Dimitri Payet, Eric Bailly and an ex-Arsenal contingent of Alexis Sanchez, Matteo Guendouzi, Sead Kolašinac and loanee Nuno Tavares.

Chelsea will be favourites to reach the knockout rounds despite being seeded second for the draw, but will not have it all their own way in a potentially challenging group.

AC Milan are the top seeds after winning Serie A last season, with the Rossoneri crowned as Italian champions for the first time since the 2010/11 campaign. Milan are unbeaten after five domestic games this season and overcame rivals Inter Milan 30-2 in an entertaining Derby della Madonnina at the weekend.

Stefano Pioli’s side will contain familiar faces to Chelsea fans, with ex-Blues Olivier Giroud and Fikayo Tomori key figures in the Milan squad. The latter recently signed a new long-term deal and has gone from strength to strength since leaving Chelsea for Serie A, earning an international recall with England.

The #UCL is back! 👊 pic.twitter.com/jWXw1bHBqY

Rafael Leão was linked with a move to Chelsea during the summer and will be one to watch, having been named as Serie A’s Most Valuable Player last season. The evergreen Zlatan Ibrahimovic – approaching his 41st birthday next month – and former Liverpool forward Divock Origi are also part of Milan’s squad.

RB Salzburg and Dinamo Zagreb make up the remainder of Group E. Salzburg reached the knockout rounds for the first time last season and contain the usual mix of exciting prospects perennially linked with Europe’s elite. Luka Sučić and Benjamin Sesko are the latest duo to catch the eye, with the latter having turned down Premier League interest to agree a deal with RB Leipzig for next summer.

Could this be the season that Manchester City end their wait for elusive European success?

City have began recent Champions League campaigns as tournament favourites, but are yet to crack the code when it comes this competition. A runners-up finish in 2021 was followed with an agonising collapse against Real Madrid in last season’s semi-finals and Pep Guardiola – bolstered by the arrival of Erling Haaland – will be keen to end his 13-year wait for a third winners’ medal this time around.

Sevilla and Dortmund are experienced at this level, but are expected to challenge for qualification behind City. Sevilla briefly threatened a title challenge in Spain last season, though have since lost key defensive figures in Diego Carlos and Jules Kounde.

Dortmund face an instant reunion with Haaland, having reinvested the fee received from the Norwegian in a host of new arrivals. Karim Adeyemi, Nico Schlotterbeck and Niklas Süle all strengthen the squad in key areas, while experienced forward Anthony Modeste has joined after marquee arrival Sebastien Haller was diagnosed with a malignant testicular tumour.

FC Copenhagen are into the group stage for the first time since 2016/17 and will be aiming to upset the odds.