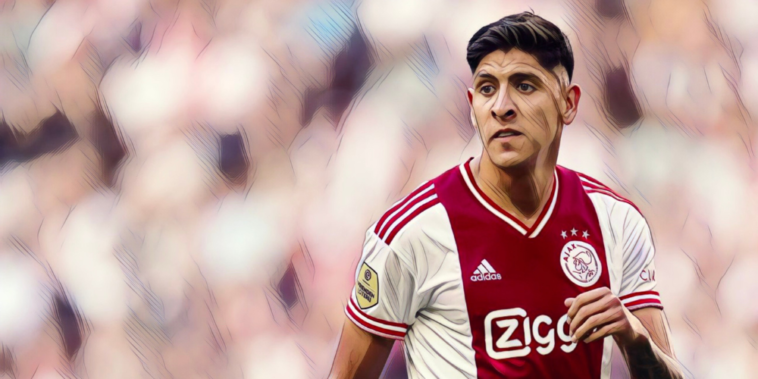 Chelsea are set to return for Edson Alvarez in January following a failed move to sign the Ajax midfielder this summer.

The west Londoners made a late approach to sign the Mexico international before the deadline, but saw their £40m offer turned down.

According to the Evening Standard, Chelsea’s focus remains on midfield additions and the club will renew their interest in Alvarez during the winter window. The 24-year-old informed Ajax of his desire to make the move to the Premier League, though the Dutch side were unwilling to do business so late in the window.

Ajax had a mass exodus of leading names this summer, with the likes of Lisandro Martinez, Sebastien Haller and Ryan Gravenberch following manager Erik ten Hag out the exit door.

Ajax also sold Antony to Manchester United on deadline day in an £86m deal, with the club’s technical director Gerry Hamstra having criticised the Premier League side’s ‘bad timing’ after agreeing a deal so late in the window.

Chelsea also saw a £50m bid turned down by Southampton for Romeo Lavia. The teenager signed for the Saints from Manchester City in a £12m deal earlier in the window and has impressed during his first appearances in the Premier League.

Alvarez, however, is understood to be Chelsea’s preferred option with the club’s spending set to continue in the January window.