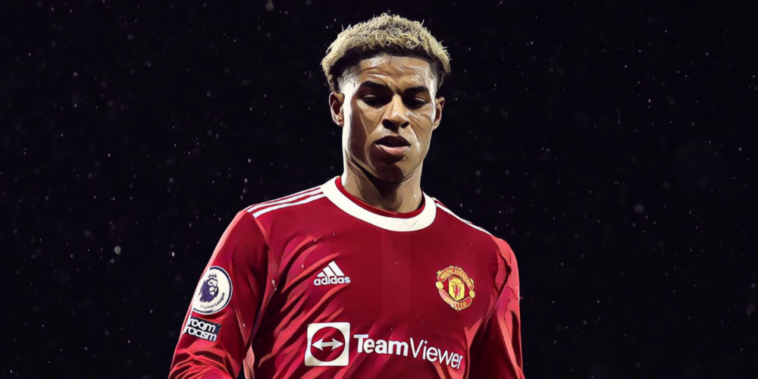 Marcus Rashford is facing a ‘dilemma’ on his Manchester United future ahead of planned contract talks with the club.

Rashford is set to begin negotiations with the Red Devils over a new deal, with the forward possessing 18 months remaining on his current contract at Old Trafford. United, however, do have the option to extend for a further season.

The 24-year-old has been a central figure in the side since his exciting emergence as a teenager, but has struggled this season and has endured a loss of both form and confidence.

The Mail are reporting that Rashford is now facing a ‘dilemma’ regarding his long-term future, amid fears his career is stalling due to the club’s changing managers and an inability to establish himself in one position.

Rashford is understood to remain committed to his boyhood side but saw sections of the fanbase turn on him following a poor showing in the club’s 1-0 win over Aston Villa on Monday night.

The England international has scored just three goals in all competitions this season and has failed to find his form since returning from a shoulder operation post-Euro 2020.

Much may depend on the club’s next manager, with Ralf Rangnick in charge on an interim basis until the end of the season as the club consider candidates for the permanent position.

Rashford has made 286 appearances since coming through the Red Devils’ academy ranks, scoring 91 goals and winning three major trophies.