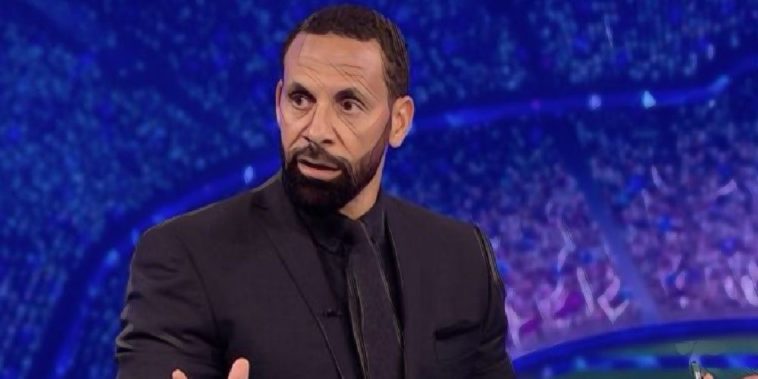 Rio Ferdinand has urged Manchester United’s players to out the dressing room’s ‘bad eggs’ as the club look to unite a divided squad.

United have struggled for consistency since the arrival of Ralf Rangnick as interim manager, with continued media reports regarding a divided dressing room and unhappy fringe members of the squad.

The regular reports have increased belief over leaks within the Red Devils’ camp and the club’s former defender, Ferdinand, has called on the players to set the standards and out the ‘bad eggs’ within the dressing room.

“You’re going to get players who are going to be bad eggs and if they don’t play, they want to make it uncomfortable for everyone and want to come in and change the atmosphere in the dressing room,” Ferdinand said on his Vibe with Five YouTube show.

”They will be a bit aloof, not saying ‘hello’ to people, not being punctual. Those players – get out.

“You go to the manager and you tell the manager: ‘That geezer, he’s a disgrace in our changing room, he’s ruining it and he’s going to get beat up at some point.'”

On the mistakes the Man United hierarchy has made, which has made Rangnick’s job even more of a challenge,

“Man United’s biggest mistake in recent years is allowing certain players and certain people externally, who are part of some players’ circles and networks, to disrespect the club publicly.

“They haven’t slammed the door shut in their face and really put those people in the place they should be. You can’t allow that.

“The minute you allow that once, allow someone to step out of line, then other people in those people’s circles start to think, ‘Well, he got away with it so I’ll say my thing now. I don’t mind leaking because there are no repercussions and I won’t come under any kind of fire at the club because of that.’

“No, you nail that person immediately and that’s the mistake the hierarchy at the football club in recent years have done poorly. They have let stuff slide too much, they have got to be drilled those people.”