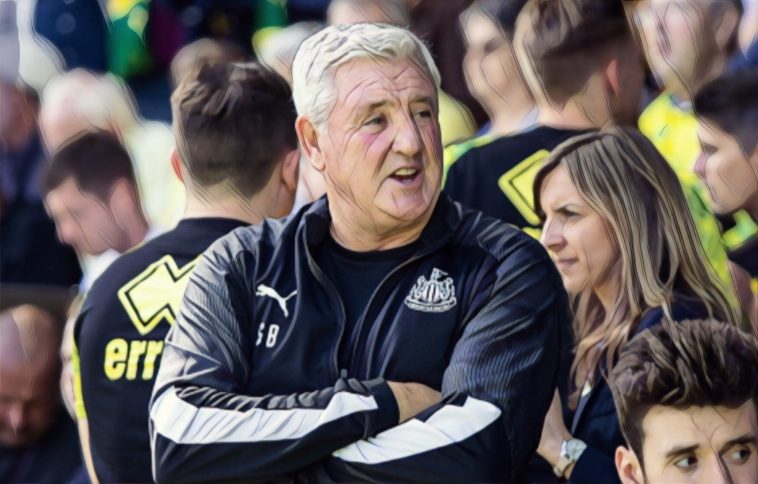 Having guided Newcastle to an upset victory over Manchester United at St James’ Park this weekend, Steve Bruce joined an exclusive club of managers to have taken charge of 400 Premier League games.

The Newcastle boss became just the seventh man to achieve the feat, an achievement that is a testament to his longevity in the pressure cooker of management at the highest level.

We’ve decided to look at each of the men in the dugout to have managed 400 games in the Premier League era, and rank each of the seven for their achievements in the game…

Despite his milestone in the top-flight, Bruce is somewhat of a second-tier specialist, having overseen four promotions to the top flight – his first spell in the Premier League coming at Birmingham City after guiding the Midlands side to Championship play-off success.

Bruce would help consolidate Birmingham at the top level, guiding the club to a hat-trick of mid-table positions. Relegation and subsequent re-promotion would follow, before Bruce opted to leave the club for Wigan in what was bizarrely a world-record compensation package.

1 – Steve Bruce has registered his first managerial win over Manchester United, with this his 23rd game against them in all competitions. Overdue. #NEWMNU pic.twitter.com/h8TA2G38pB

His speciality of mid-table finishes continued at Wigan and later Sunderland, eventually being sacked by the latter and taking charge at Hull. He would become a Premier League manager for a fourth time by guiding the Tigers to promotion from the Championship, before leading the club to a first FA Cup final and subsequent European campaign.

Again relegated before bouncing back, Bruce resigned in 2016, before enjoying spells in the Championship with Aston Villa and Sheffield Wednesday before joining Newcastle this summer.

His solid but underwhelming record seems ideally suited to the unambitious Mike Ashley at Newcastle, though the club’s fans can be forgiven for their disgruntled reaction to his unpopular appointment.

Once regarded as a bright coaching prospect thanks to his spells in charge of the Welsh national team and Blackburn, Hughes’ career has seemingly nosedived in recent times.

He would enjoy a successful four-year spell at Ewood Park, guiding the club to a sixth-placed finish in his first full season in charge, qualifying for Europe and building a talented squad by securing bargain signings such as David Bentley (£500,000), Christopher Samba (£400,000) and Roque Santa Cruz (£3.5m).

Hughes would succeed Bruce as world football’s most expensive manager (a sentence we find hard to believe is true, too) when leaving Blackburn for ambitious Manchester City in 2008. The move remains the equal third most expensive compensation package in football history.

Hughes would oversee the billionaire takeover of the Manchester club, lavishly spending on the likes of Robinho, Nigel De Jong, Emmanuel Adebayor and Carlos Tevez. His expensive outlay would not bring elusive success, however, and he was sacked just over a year after his arrival.

He would quit next club Fulham over their lack of ambition, being called a ‘strange man’ by chairman Mohamed Al-Fayed. Disappointing spells at QPR and Southampton would help him reach the 400 club, as did a five-year spell at Stoke in which he achieved a pair of consecutive ninth-placed finishes.

🤯 Mark Hughes becomes the first manager to be sacked by two @PremierLeague clubs in the same year.

🙅‍♂️ Not an ideal record to break. pic.twitter.com/bJ3k32AxNt

Love him or loathe him, ‘Big Sam’ knows what it takes to get results in the Premier League. His stereotypically direct style may not be aesthetically pleasing on the eye, but few managers have as proven a track record in ensuring Premier League survival.

That said, his reputation as a footballing firefighter has its drawbacks, though Allardyce’s frustrations being constantly overlooked by Europe’s elite are perhaps delusional to say the very least.

A huge character, Allardyce is perhaps best known for a hugely successful spell in charge of Bolton, guiding the club to promotion before reaching Europe with his band of bargain buys and resurgent veterans.

Iconic names such as Youri Djorkaeff, Jay-Jay Okocha and Ivan Campo would all enjoy resurgent spells in Lancashire in the twilight of their careers, with Allardyce seemingly able to persuade some of the continent’s fading forces to Bolton at will.

“I were taught the goalkeeper threw it out if you had time to play.” ⏰

“The obsession of playing it out is destroying football as we know it.” 😡

Sam Allardyce blasts playing out from the back as he rules out #SAFC return. pic.twitter.com/g7iFHGTKaX

Difficult spells under controversial owners Mike Ashley and the Venky family at Newcastle and Blackburn would follow, before joining West Ham. Despite successfully guiding the club back to the Premier League, the manager’s notorious style clashed with the perceived ‘West Ham’ way and his popularity suffered.

Firefighter spells at Sunderland and Crystal Palace sandwiched his ill-fated one-game spell as England manager, before his style once again saw him suffer during his time at Everton.

Yet to return following that spell at Goodison Park, he seemingly awaits the next crisis club to hit the Allardyce panic button.

Few managers have suffered such a fall from grace as Moyes, whose ill-fated appointment as Sir Alex Ferguson’s successor saw his reputation rapidly dissolve.

Having spent over a decade in charge at Everton, guiding the club to a top-four finish and Champions League qualification in 2005, Manchester United legend Ferguson earmarked his compatriot to succeed his dynasty at Old Trafford.

Ferguson was said to have seen similarities between Moyes and himself, though barring their Glaswegian heritage the duo were far from comparable. Moyes would last just 10 months at the club, with the club languishing in seventh having been champions under Ferguson the previous season.

Reputation damaged he would head to Spain before returning to the Premier League with Sunderland and later West Ham, spending less than a year in charge in each role and suffering the first relegation of his career whilst on Wearside, which also included an inexcusable remark about slapping a female journalist.

Everton fans will look back fondly on Moyes’ time on Merseyside, constantly challenging the European places during his tenure and a host of bargain signings thriving. His career since then, however, has been a downward spiral and he remains without a job at present.

A ‘triffic character and King of the Celebrity Jungle, ‘Arry has enjoyed a memorable Premier League career taking in spells at West Ham, Portsmouth (twice), Southampton, Tottenham and QPR, developing a reputation as one of the division’s great ‘wheeler-dealers’.

It may be a reputation that he dislikes, but there can be no denying Redknapp’s ability to secure a bargain buy.

He would guide West Ham into Europe, bringing through future England stars such as Rio Ferdinand, Joe Cole, Michael Carrick and Frank Lampard, before being surprisingly being sacked for upsetting chairman Terry Brown.

Promotion and consolidation with Portsmouth would make him a popular figure on the South Coast, though that drastically changed following his move to arch-rivals Southampton.

He would suffer relegation with the Saints, before returning to his ‘spiritual home’ at Portsmouth in a remarkable U-turn and winning back the fans’ affections with FA Cup success in 2008.

A move to Tottenham would see him earn the Premier League’s Manager of the Year award in 2010, having led the North London club into the Champions League for the first time. Despite guiding the club to another top-four finish he was sacked in 2012, joining QPR later that year.

Relegation and subsequent promotion back to the top flight would follow, and he remains the last English manager to win a major English trophy.

Undisputedly the greatest manager in Premier League history, and regarded amongst the finest coaches in football history having won more major honours than any other manager.

The Scot would enjoy an unrivalled dynasty at Manchester United, ending the club’s 26-year wait for a league title in the inaugural Premier League season before enjoying a period of dominance in English football.

His list of achievements include a barely believable 38 trophies, including 13 league titles, five FA Cups and two Champions League titles.

Named as Premier League Manager of the Year on no less than 11 occasions, he would guide United to English football’s first-ever continental treble by winning the league, FA Cup and Champions League in a memorable 1998/99 campaign.

Capable of reinventing and rejuvenating his winning machine on several occasions, Manchester United’s rapid decline in fortunes since his 2013 departure indicates just how influential Ferguson was at Old Trafford.

An easy ranking in this piece, the GOAT of Premier League bosses.

Arriving as an unknown from Japanese football, the Frenchman’s introduction of sports science turned Arsenal into the biggest threat to Manchester United’s dominance at the turn of the millennium.

Tapping into his knowledge of foreign markets to sign the likes of Patrick Vieira, Thierry Henry and Robert Pires, whilst his side would play some of the finest football the division has seen.

"You're an absolute legend" 👏

Having led the club to a league and FA Cup double in 1998, Wenger would repeat the trick four years later before sealing his immortality in the 2003/04 campaign. That year would see Arsenal complete a famed unbeaten season to secure his third league title, a feat last achieved by Preston North End 115 years previously.

His latter years would see success harder to come by as the club completed a move to the Emirates stadium, though a hat-trick of FA Cup successes between 2014 and 2017 added to his extensive trophy cabinet.

He would bring an end to his Arsenal career in 2018, stepping down from his role after 22 years and 10 major trophies.