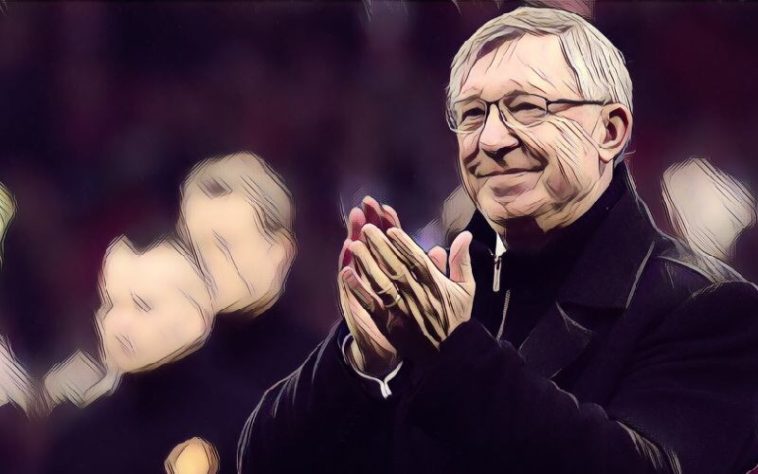 He is one of the greatest managers ever to grace the touch line, and was also a master of the microphone.

He needs no introductions, so without any further delay,  are 20 of the best quotes from Manchester United legend, Sir Alex Ferguson:

“I remember the first time I saw him. He was 13 and just floated over the ground like a cocker spaniel chasing a piece of silver paper in the wind.” – About Ryan Giggs

“Whether dribbling or sprinting, Ryan can leave the best defenders with twisted blood” – again on Ryan Giggs

“Sometimes you look in a field and you see a cow and you think it’s a better cow than the one you’ve got in the field.” – When Wayne Rooney tried to force a move to Man City

“It was the most emphatic display of selflessness I have seen on a football field. Pounding over every blade of grass, competing if he would rather die of exhaustion than lose, he inspired all around him. I felt such an honour to be associated with such a player.” – on Roy Keane’s inspired performance in the 1999 Champions League semi-final against Juventus.

“At the end of this game, the European Cup will be only six feet away from you, and you’ll not even able to touch it if we lose. And for many of you, that will be the closest you will ever get.

“Don’t you dare come back in here without giving your all.” – What Fergie told his players at half time of the 1999 Champion League final.

“The work of a team should always embrace a great player, but the great player must always work!”

“He could start a row in an empty house.” – on Dennis Wise

“There has been a lot of expectation on Manchester City and with the spending they have done they have to win something. Sometimes you have a noisy neighbour and have to live with it. You can’t do anything about them…” – On Man City

“You can’t applaud a referee.”

“He was certainly full of it, calling me “Boss” and “Big Man” when we had our post-match drink after the first leg. But it would help if his greetings were accompanied by a decent glass of wine. What he gave me was paint-stripper.” – After meeting Jose Mourinho for the first time.

“I used to have a saying that when a player is at his peak, he feels as though he can climb Everest in his slippers. That’s what he was like.” – about Paul Ince

“It’s getting tickly now – squeaky bum time I call it.”

“I’ve never played for a draw in my life.”

“If ever there was one player, anywhere in the world, that was made for Manchester United, it was Cantona. He swaggered in, stuck his chest out, raised his head and surveyed everything as though he were asking: ‘I’m Cantona. How big are you? Are you big enough for me?” –about ‘king’ Eric Cantona

“Myths grow all the time. If I was to listen to the number of times I’ve thrown teacups then we’ve gone through some crockery in this place. It’s completely exaggerated, but I don’t like people arguing back with me.” – On his infamous ‘hairdryer’ treatment

“When an Italian says it’s pasta I check under the sauce to make sure. They are innovators of the smokescreen.” – not a fan of Italians then ey Fergie?

What was your favourite quote from the great man? Leave us a comment below!