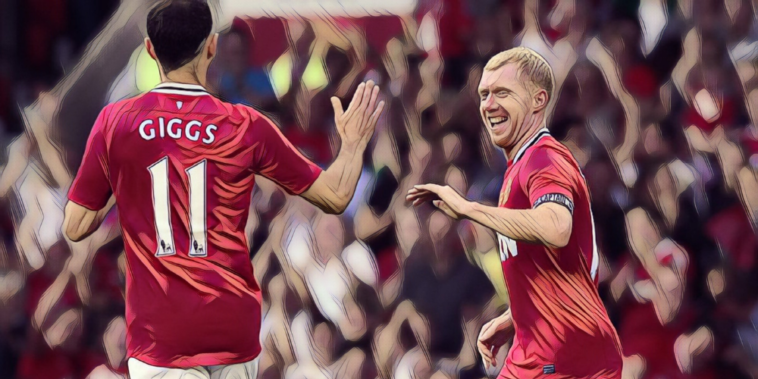 Remaining loyal to one club is an increasingly rare occurrence in the modern Premier League, with more transfers and greater player power than ever before.

It’s worth celebrating longevity with one side then and Mark Noble recently joined an elusive group of Premier League players after making his 400th appearance in the division for West Ham, the midfielder having come through the club’s academy system to become a cult figure.

Noble’s appearance in the win over Leicester last month saw him become just the eighth player to make 400+ Premier League appearances for a single club, with the club captain since moving past former Manchester United defender Gary Neville on the all-time list.

We’ve decided to look at the players with the most appearances for a single Premier League club, here are the division’s all-time top five,

Just pipping fellow Chelsea legend Frank Lampard into the top five, Terry is undoubtedly one of the best and most successful defenders in top-flight history, having spent the vast majority of his 20-year playing career at the top level with the Blues.

The centre-back made his debut for the club in the 1998/1999 season, yet it wasn’t until a couple of years later that he truly solidified his place in the first-team, following a brief spell on loan in the second tier with Nottingham Forest, under David Platt.

Following the departure of World Cup winner Marcel Desailly in 2004, Terry was handed the captaincy by incoming manager Jose Mourinho, the two men integral to the sensational success that would follow for the London club, with back-to-back Premier League titles.

The 2004/05 campaign was particularly special, as the Blues romped to the title having conceded a league record of just 15 goals in the entire campaign, with the England international named as the PFA Player of the Season.

Terry went on to lift the title on three more occasions as well as clinching a historic Champions League triumph in 2012, while he also holds the record for the most goals scored by a defender in Premier League history (41).

The current Aston Villa assistant would end his top-flight career as a bit-part member of Antonio Conte’s successful side in 2016/17, before going on to spend a solitary season in the Championship with Villa.

Like Terry, United legend Scholes was another member of England’s supposed ‘Golden Generation’, yet it was at club level that the midfield maestro arguably enjoyed his best performances, in what was a stellar career at the top level.

Noted as one of the best central midfielders of modern times by fans, pundits and fellow players, the present-day pundit began his top-flight career back in 1994, with the first of his eleven title successes coming in the 1995/96 season.

While perhaps best remembered as a play-dictating central midfielder, Scholes’ early days saw him deployed off the front in a more attacking role, before he steadily transitioned into a deeper position as his career progressed.

As Sir Alex Ferguson continually rebuilt his Red Devils side, Scholes remained, playing a key role in the 2008 Champions League triumph over Chelsea, nine years after missing the incredible last-gasp win over Bayern Munich through suspension.

The Englishman would call it quits on his career in 2011, before being tempted out of retirement the following season and would go on to clinch his final league triumph in the 2012/13 campaign, before finally hanging up his boots for good at the end of that season.

England has arguably never seen a player strike a ball more sweetly, be it against Bradford or Barcelona, ‘Scholesy’ always delivered the goods when it mattered.

Not to spark that tedious, age-old Gerrard-Lampard-Scholes debate, but the man just above Scholes on this list is Liverpool legend, Steven Gerrard.

The current Rangers boss was, for a time, undoubtedly the best midfielder in Europe, with his displays in the mid-2000’s, in particular, helping to drag a distinctly average Reds side to silverware.

An iconic figure, not just at Anfield, Gerrard became synonymous with high-profile ‘clutch’ moments, including his all-action display in that Istanbul comeback, as well as his unbelievable late strike in the 2006 FA Cup final victory against West Ham United.

Such performances, as well as Liverpool’s league woes, did at one stage put his future on Merseyside in doubt, albeit he would ultimately reject the advances of the likes of Chelsea to continue to be the Reds’ main man.

Much like Scholes, with age the England international began to drop deeper yet was no less effective, developing into something of a quarter-back under Brendan Rodgers as Liverpool narrowly missed out on the league title in the 2013/14 campaign.

While that season will always be synonymous with Gerrard’s unfortunate slip against Chelsea, that one moment should not overshadow what was an incredible top-flight career, in which he netted 120 Premier League goals, before seeing out his playing days with a spell at LA Galaxy.

Gerrard’s teammate and ally for much of that time at Anfield was stalwart defender and one-club man Jamie Carragher, the Bootle-born man a perhaps underrated figure in the Premier League era.

A leader without the armband, Carragher was an ever-reliable presence in the backline under a succession of managers, with his versatility to play both at full-back and as a central defender a key factor in securing his longevity, despite perhaps not being the most technically gifted centre-back of his generation.

Not only the man to have made the most Premier League appearances for Liverpool, the current pundit is also the club’s second longest-serving player of all time, with 737 appearances across all competitions.

The Englishman originally made his debut in 1996, before going on to play 58 times during the club’s incredible 2000/01 treble-winning season, while he also played a vital role in the 2005 Champions League final triumph, putting his body on the line late on in extra-time despite having been stricken with cramp.

Such a performance epitomised the resilience, bravery and hard-working nature of his game, with the Liverpool legend one of the game’s last proper out-and-out defenders.

The defender brought an end to his playing career in the 2012/13 season, his last outing coming on the final day against Queens Park Rangers, with Carragher almost signing off in spectacular fashion after striking the crossbar with a stunning long range effort.

At the top of the pile is, unsurprisingly, Ryan Giggs, one of the Premier League’s most iconic figures and it’s most successful with a staggering 13 title victories across a 20-plus year playing career at Old Trafford.

Part of United’s famed ‘Class of ’92’ alongside the likes of Scholes, Neville and David Beckham, Giggs was the first of those to make his mark on the first-team, making his debut for the club during the 1990/91 campaign, before going on to help the club claim the first ever Premier League title, as well as the Red Devils’ first league triumph since 1967.

Giggs would score one of modern football’s most iconic goals in the 1998/99 season, the Welsh wing wizard breezing through an experienced Arsenal defence before firing past David Seaman, giving United victory in extra-time of their FA Cup semi-final win over the Gunners, in a result that set the wheels in motion for the club’s remarkable treble that season.

Much like some other members of this list, Giggs’ role and style of play altered as he entered his thirties, the rapid, rampaging wideman losing that yard of pace, yet was by no means any less brilliant, going on to win the PFA Players’ Player of the Year award in 2008/09, at the tender age of 35.

The following season the current Wales boss would put in one of his finest United displays, providing three assists in a thrilling 4-3 Manchester derby victory, including a sumptuous pass to set up Michael Owen’s last-gasp winner.

The Welshman continued to play an important role in the seasons that followed, keeping up his streak of netting in each of the first 21 Premier League campaigns, before calling time on his career at the end of 2013/2014 season, the only year in which he failed to score a league goal.