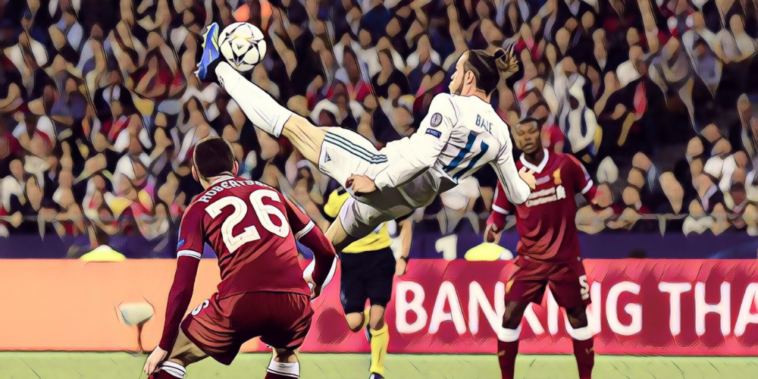 Real Madrid travel to face Chelsea in the second leg of their Champions League semi-final clash this week, the tie finely poised after a 1-1 draw in the first meeting in the Spanish capital.

The record 13-time winners will be bidding to progress to a fifth final in just eight seasons, though will need to produce a strong performance in order to secure a positive result at Stamford Bridge.

Ahead of Wednesday’s clash in west London, we’ve looked back at some of Real Madrid’s most memorable encounters with English opposition in the Champions League era.

Manchester United‘s quarter-final clash with Real Madrid during the 1999/2000 season brought together the two previous winners of the Champions League, with the former having been crowned champions of Europe for the first time in 31 years the previous season.

Sir Alex Ferguson’s side headed into the second leg as favourites following a goalless first meeting in Spain, but found themselves outclassed on home soil as Los Blancos raced into a three-goal lead inside the opening hour.

Roy Keane’s own goal handed the Spaniards a half-time lead, before a quick-fire double from Raul – the second teed up after a wonderful piece of skill from Fernando Redondo – put Real Madrid firmly in control.

The holders fought back through a brilliant individual goal from David Beckham and a Paul Scholes penalty, though it proved too little too late as the Red Devils’ defence of the trophy was ended in the last eight.

Real marched on to a semi-final meeting with Bayern Munich before defeating Valencia in the first ever all-Spanish final, sealing a second Champions League triumph in just three seasons.

The two teams met again at the same stage three seasons later, with the second leg resulting in an all-time Champions League classic at Old Trafford.

Real travelled to England in possession of a 3-1 advantage following the first leg at the Bernabeu, but any notion of sitting back and preserving their lead proved inaccurate following an end-to-end clash in Manchester.

Ronaldo Nazario was the star of the show for Real Madrid’s Galacticos in one of the Champions League’s great individual displays, the brilliant Brazilian singlehandedly ending the Red Devils’ European dream with a scintillating hat-trick.

Ronaldo’s first two goals of the evening were cancelled out by Ruud van Nistelrooy and an Ivan Helguera own goal, before the reigning Ballon d’Or winner lashed home a stunning third from distance to all but assure Real’s place in the semi-finals.

David Beckham came off the bench to score twice in a stirring comeback from United on the night, but the evening belonged to one man as Ronaldo produced one of the defining performances of an incredible career.

Rafael Benitez’s Liverpool side had shown their credentials in continental competition with two final appearances under the Spaniard’s management, lifting the trophy in extraordinary circumstances during his maiden season in charge in 2005.

Four years later and the Reds were a difficult proposition for any side in Europe and enjoyed one of their most memorable European nights during a quarter-final clash with Real Madrid.

Yossi Benayoun’s header had handed Liverpool a 1-0 win at the Bernabeu in the first meeting, with the return fixture seeing the Premier League side dismantle their Spanish visitors in ruthless fashion.

Steven Gerrard made it two before the break from the penalty spot, before the midfielder slammed home an emphatic third two minutes after the interval to send the Anfield crowd into dreamland.

Benitez’s side sealed progress to the semi-finals in fine fashion as substitute Andrea Dossena made it four on the night, the Reds rampant as a transitional Real Madrid side were thumped over two legs.

Real Madrid and Manchester City played out a breathless group stage clash during the 2012/13 season, the game featuring five goals inside the final 22 minutes as the visitors twice led before surrendering to a late fightback.

Joe Hart’s excellent goalkeeping kept the game scoreless until the interval, the England international making a string of saves to deny the hosts before Edin Dzeko’s goal on the counter-attack handed the Premier League side the lead after the break.

Real levelled as Marcelo checked inside before curling a right-footed finish into the top corner, only for Aleksandar Kolarov’s free-kick to avoid everyone and hand City the advantage with just five minutes remaining.

Hopes of a famous City win inside the Bernabeu were ended in dramatic fashion, however, as Karim Benzema’s sharp turn and finish levelled just over a minute later, before Cristiano Ronaldo’s last-minute strike wrong-footed Hart to seal a dramatic Champions League comeback for Real.

Real have featured in seven finals during the Champions League era, but only once have the Spanish side faced off against English opposition in the showpiece.

Zinedine Zidane’s side were seeking a third consecutive Champions League crown when they faced Liverpool in the 2018 final, the Reds having enjoyed a memorable run to Kyiv under Jurgen Klopp.

It was a final that lives long in the memory as much for Gareth Bale’s brilliance as it does for Loris Karius’ calamitous showing in goal for Liverpool, the latter handing Real Madrid a first-half lead after inexplicably throwing the ball against Karim Benzema.

Sadio Mane levelled the final just four minutes later, before Bale came off the bench to turn in Real’s favour the tie in stunning style.

The Welsh winger’s first goal stands as arguably the greatest in Champions League final history, a sublime overhead kick that flew past Karius to hand Real the lead for a second time.

Bale’s drive from distance then deceived Karius to complete the goalkeeper’s nightmare final showing, crowing Real as champions of Europe for a record 13th time and third season in succession.