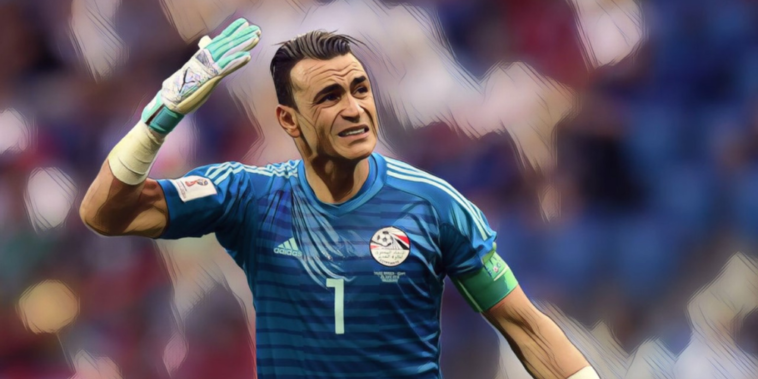 If footballers are supposed to decline after leaving their twenties, it’s fair to say that no one told this lot. There can be no bigger stage than the World Cup and this exclusive group of players were still performing at the highest level well past their 40th birthdays.

With the 2022 FIFA World Cup reaching its conclusion, we look at the five oldest players in World Cup history.

Goalkeepers tend to go on longer than their outfield counterparts, but it’s still an impressive achievement to be your nation’s number one at 40.

Peter Shilton’s career with England lasted two decades and he earned a record-breaking 125 caps for the Three Lions despite competition from Ray Clemence. He made his debut in 1970, though did not feature in a World Cup until 1982 as England failed to qualify for successive tournaments.

Shilton remained the first-choice goalkeeper as England travelled to Italia ’90. Bobby Robson’s side impressed to reach the semi-final, with Shilton retiring from international football following defeat to host nation Italy in the third-place playoff.

Pat Jennings is the fourth-oldest player in World Cup history, having made his final appearance in the competition on his 41st birthday.

The goalkeeper formed part of Northern Ireland’s squad for the 1986 tournament, despite having retired from club football the previous summer. He played with Tottenham’s reserve side to maintain his fitness ahead of the World Cup, but was unable to prevent Northern Ireland from crashing out of a tough group containing Brazil and Spain.

Jennings – who was named as both the PFA Player of the Year and FWA Footballer of the Year during a successful career spent predominantly at Spurs and Arsenal – retired from international football following the tournament. He won 119 caps for Northern Ireland, with only Steven Davis having ever won more.

Roger Milla became a World Cup icon for his exploits at Italia ’90, as the veteran forward came out of international retirement to lead Cameroon to the quarter-finals.

After answering pleas from Cameroon president Paul Biya to return, Milla scored four goals at the tournament – celebrated with his memorable dancing around the corner flag – as the Indomitable Lions became the first African team in history to reach the last eight.

Not content with those records as the World Cup’s oldest outfield player and goalscorer, he returned in 1994 to extend his own landmarks. Cameroon struggled to repeat the success of four years earlier, although Milla added to his World Cup record with a consolation goal in a 6-1 defeat to Russia. He remains the oldest player to have scored at a World Cup.

Roger Milla became the oldest player to score at a #WorldCup 🇨🇲 pic.twitter.com/HPQffbEKl7

The two-time African Footballer of the Year retired from international football in December 1994, having scored 43 goals in 77 caps. Only Samuel Eto’o (56) has ever scored more for Cameroon.

Faryd Mondragon succeeded Milla as the World Cup’s oldest player in 2014, as the goalkeeper appeared for Colombia.

Mondragon had been part of the Colombia squad for the 1994 and 1998 tournaments, before earning a shock international recall in 2010 after a five-year absence from the side. Four years later he travelled to Brazil for the World Cup and made history with a late substitute appearance in the final group game against Japan.

The #FIFAWorldCup starts in 1️⃣5️⃣ days!

🇨🇴 Faryd Mondragon has the longest gap between World Cup appearances for a player – having to wait 1️⃣5️⃣ years and 363 days for the next!

It was Mondragon’s first World Cup appearance since 1998, with his almost 16-year gap between appearances the longest on record.

The goalkeeper made an immediate impact, saving a first-half penalty, but was unable to stop his side from slipping to a 2-1 defeat during a disappointing tournament for Egypt in Russia.

El-Hadary earned 159 caps for the national side across an international career that spanned from 1996 to 2018, with only two players having ever won more.

He won the Africa Cup of Nations on four occasions with The Pharaohs and enjoyed huge success at club level, where he lifted eight Egyptian Premier League titles, four Egypt Cups, and four CAF Champions League titles during a decorated career with Al Ahly.

Read – Five of the most memorable World Cup finals ever