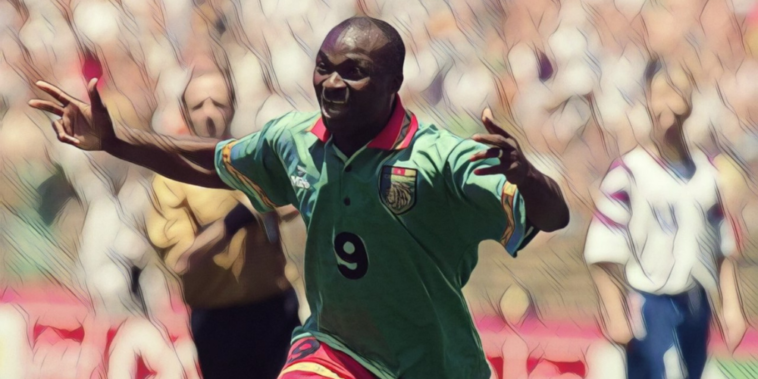 With the World Cup underway we’ve decided to scroll through the archives and remember some record-breaking feats from past editions.

Here are the five oldest goalscorers in World Cup history.

Obdulio Varela is a much revered figure in his native Uruguay, having captained La Celeste to their second World Cup triumph in 1950.

The combative midfielder or defender led his team to the Maracanaço – translated as “The Blow of Maracanã” – as underdogs Uruguay upset strong favourites Brazil to win the final at their opponent’s own stadium, the Maracanã in Rio de Janeiro.

Four years later he became the oldest goalscorer in World Cup history at that time, as he netted during Uruguay’s 4-2 quarter-final win over England.

Our featured player from the 1940s today is #Uruguay 🇺🇾 captain Obdulio Varela. A centre half who won multiple honours with #Penarol, his finest moment came in 1950 when he captained his country to victory in the #WorldCup. Vote now at https://t.co/KpeVGRUfOF. #football pic.twitter.com/QgalrCalz0

It proved his last World Cup appearance after picking up an injury while celebrating the goal and Varela was absent as the holders crashed out in the last four to Hungary.

Panama made their World Cup debut in 2018, with the Central American nation finishing ahead of the United States in qualification to reach Russia.

Their chances of upsetting the odds at the tournament were small after a tough draw that saw them paired with both Belgium and England, though Felipe Baloy had a moment to celebrate after scoring Panama’s first ever World Cup goal against the latter.

It might have been a consolation in a 6-1 defeat to the Three Lions, but it was a goal the defender will cherish. Baloy – who came on as a substitute just nine minutes earlier – became the fourth oldest World Cup goalscorer and the oldest player to ever score on their tournament debut.

There’s something about Mexicans and longevity.

Just four players have ever travelled to five World Cups and two of those are Mexican. That number is set to increase to eight after Qatar 2022, with Andres Guardado and Guillermo Ochoa set to ensure that Mexico’s representation in the five-World Cup club remains at 50%.

Cuauhtémoc Blanco did not quite manage to achieve that particular feat, though he did become the first Mexican to have scored at three World Cup tournaments. His goals came across a spell of 12 years, with his penalty against France in 2010 making him the third-oldest goalscorer in World Cup history.

Sweden reached the final of the 1958 World Cup on home soil, though fell to defeat to a brilliant Brazil side containing a teenage Pele.

Gunnar Gren had played a key role in Sweden’s progress to the final and scored in the semi-final win against West Germany. Gren scored Sweden’s second as the host nation came from behind to win 3-1 and was later named in the World Cup’s All-Star team.

On what would have been his birthday, we remember our Hall of Famer Gunnar Gren
Onoriamo la memoria di Gunnar Gren nel giorno del suo compleanno pic.twitter.com/aLMIsx4MPz

The former AC Milan forward retired from international football soon after the tournament, earning his last cap against Denmark in October 1958. He retired with an impressive record of 32 goals in 58 appearances, with only four players having ever scored more for Sweden.

Roger Milla scored and danced his way into World Cup folklore at Italia ’90, as the veteran Cameroon forward was persuaded out of retirement for his side’s campaign.

The 38-year-old scored four goals to emerge as one of the stars of the tournament, with his celebratory dance around the corner flag etched into the memories of the 1990 World Cup. His goals made Milla the oldest goalscorer in World Cup history, as Cameroon became the first African team to reach the quarter-finals.

Milla’s performances saw him named as African Footballer of the Year, a huge 14 years after he first claimed the award. Not content with that however, he returned to the World Cup stage four years later to extend his own record.

Milla was unable to help The Indomitable Lions out of the group stage in 1994, but scored against Russia to rewrite the record books. He is the only player to have scored in a World Cup over the age of 40, having done so just over a month after his 42nd birthday.