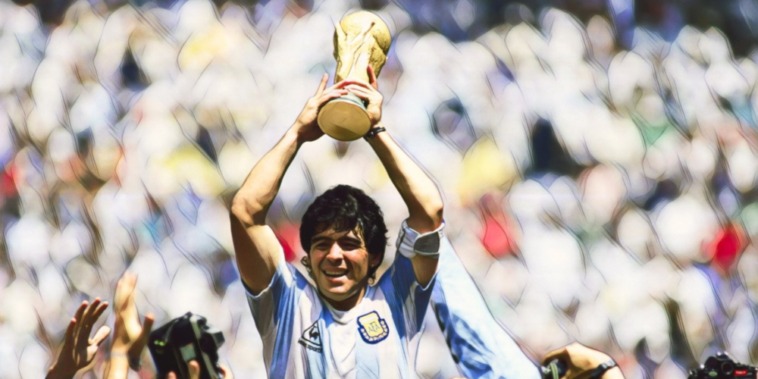 It’s the biggest game in world football and the planet will stop to watch as Argentina take on France in the World Cup final this weekend.

Legends are made on this stage and Sunday’s decider in Qatar will rewrite history for the two sets of players, each of who will be dreaming of being crowned world champions.

Uruguay’s second coronation as world champions is a fixture which remains etched into the annuals of World Cup history, a fixture dubbed the Maracanaço (The Maracanã Smash) and regarded as one of the tournament’s great upsets.

The first post-war tournament featured a round-robin format, with Uruguay’s clash with Brazil the deciding fixture. Brazil were huge favourites on home soil and needed just to avoid defeat to be crowned champions.

"A #WorldCup game is more than a football match, it's part of the identity of our society" ❤️#OnThisDay, 🇺🇾@Uruguay won the 1950 World Cup in Brazil – a game forever known as 'the Maracanazo' 🏆✨

Get a history lesson from @DiegoLugano, who discusses his favourite World Cup 👨‍🏫 pic.twitter.com/nyXSaDUVLy

A record-breaking crowd in excess of 173,000 watched on in the Maracanã Stadium in anticipation, with Brazil delighting the masses of the crowd when Friaça opened the scoring shortly after half-time.

Uruguay had been irked by perceived arrogance from the Brazilians leading up to the clash, with fans having began celebration songs before a ball had been kicked. Those tributes proved premature however, as Uruguay hit back with goals from Juan Alberto Schiaffino and Alcides Ghiggia to stun the Selecao and secure one of football’s greatest upsets.

It is a defeat few in Brazil have forgotten, more than seven decades after the full-time whistle.

Hungary were the overwhelming favourites to win the 1954 World Cup, with the nation’s Mighty Magyars having eased into the final.

The stage was set for their iconic side to be crowned world champions, with Hungary unbeaten in five years and 31 games leading up to the World Cup final. That run had included an infamous 6-3 thrashing of England known as the ‘Match of the Century’, before a 7-1 dismantling of the Three Lions in the build-up to the World Cup in Switzerland.

Ferenc Puskás and Sándor Kocsis were the stars of a side who also claimed Olympic gold in 1952, and who had scored 25 goals in four games to reach the final. Awaiting in the decider were West Germany, a team the Hungarians had thrashed 8-3 in the group stage.

The only game Hungary lost in 6 yrs was #OTD in 1954. Sadly for them it was the #FIFAWorldCup final against West Germany, losing 3-2

Puskás equalised minutes from time only for it to be given offside. He maintained to his dying day that it should have stood. See what you think.. pic.twitter.com/lD3yaAt2RJ

It appeared set to be another rout as Hungary raced into a two-goal lead inside eight minutes, as Puskás and Zoltán Czibor put the favourites in control. The Germans, however, bounced back and ten minutes later were level.

Max Morlock pulled one back from close range, before Helmut Rahn levelled the scores. After withstanding Hungarian pressure in the second half, Rahn struck again with a low left-footed effort to stun Hungary’s Golden Team and crowned West Germany world champions for the first time.

Between 1950 and 1956, Hungary suffered just one defeat in 50 matches across all competitions – the 1954 World Cup final. It became known as the ‘Miracle of Bern’ in Germany.

For all the boisterous chanting of the English, football has only ever ‘come home’ on one occasion. In 1966 the World Cup was staged in England, often hailed – at least on those shores – as the birthplace of the beautiful game.

England had flattered to deceive at past tournaments, but Alf Ramsey’s talented side progressed to the decider against West Germany at Wembley. Just one World Cup final has ever seen more goals scored, in a final which saw the momentum swing and more than its fair share of controversy.

West Germany opened the scoring through Helmut Haller’s header, before Geoff Hurst scored his first of the final to bring the teams level. England looked set to be crowned world champions in normal time after Martin Peters put the Three Lions ahead, but a last-gasp equaliser from Wolfgang Weber forced an additional period.

It was England who upped the pressure in extra time and Hurst’s second goal is one that has remained contentious ever since. The West Ham forward’s fierce effort struck the crossbar before bouncing down towards the goal-line and the Azerbaijani linesman, Tofiq Bahramov, decided the ball had crossed the line. It was a decision that paved the way for England to win their first, and only, World Cup crown.

“I will tell anyone connected with world football: that ball was at least one metre over the line – full stop,” Hurst told FIFA.com.

The Three Lions' hat-trick hero in the 1966 Final 🏴󠁧󠁢󠁥󠁮󠁧󠁿

Happy birthday to the one and only @TheGeoffHurst 🎂 #WorldCup | @England pic.twitter.com/KQrvFrbGiu

“I hit the ball on the half-turn,” Hurst added. “I fell over, so I had a very poor view and the ball actually bounced behind Tilkowski, so I didn’t see it. But you want to believe more than your life’s worth that the ball crossed the line. And so that belief has remained strongly within me.

Hurst scored a third in the closing seconds to seal England’s win and remains the only player to have scored a hat-trick in a World Cup final.

When recalling memories of the World Cup, the mind invariably turns to Brazil. The record five-time winners have produced some iconic sides and perhaps their greatest vintage was the 1970 champions.

It was a third success in four tournaments for Brazil, whose star-studded side was led by Pelé and featured illustrious names in Gerson, Jairzinho, Rivellino and Carlos Alberto. In the final Brazil proved themselves as worthy champions with a spellbinding performance of flair and skill, outclassing Italy to record a 4-1 win in Mexico City.

Mário Zagallo became the first man to win the World Cup as a player (1958, 1962) and a coach, while Pelé became the first three-time winner. His goal opened the scoring for Brazil, before Italy equalised through Roberto Boninsegna. It proved a brief restoration of parity however, as Brazil’s brilliance dominanted the second half.

Carlos Alberto finishes one of the greatest team goals ever scored as @CBF_Futebol beat @azzurri in the @FIFAWorldCup Final pic.twitter.com/wVYHzvAIRE

Their fourth goal was the defining image of the final, as a fluid move showcased the fun and flair of the South American side. It was the crescendo of the champion’s tournament, a team move that ended with captain Carlos Alberto rampaging forward from right-back to thunder the ball home. It has been replayed countless times and with good reason. A glorious goal on the biggest occasion.

Arguments over the World Cup’s greatest side have raged for decades, but Brazil’s 1970 team have a strong case. Never has that been more evident than in their final thrashing of the Azzurri.

Diego Maradona inspired Argentina to World Cup success in 1986, with the South Americans edging West Germany in an entertaining final.

Maradona had been the inspiration behind the team’s charge to the final, including his ‘Hand of God’ and ‘Goal of the Century’ double to down England in the quarter-finals. Maradona was unable to exert his usual influence in the final as the Germans doubled up on the Argentine danger-man, but provided the assist for Jorge Burruchaga to race away and score a late winner.

Argentina had taken a two-goal lead through José Luis Brown’s header and Jorge Valdano’s cool finish, but West Germany threatened an improbable fight back late on.

Karl-Heinz Rummenigge turned in from close range from a set-piece, before Rudi Völler headed home an equaliser after Argentina failed to clear another corner kick.

Exta time appeared to loom in Mexico, but the South Americans found a winner. Maradona – with three German shirts in close company – picked out a pass in behind and Burruchaga rolled home a finish to crown Argentina champions.

He might not have been on the scoresheet in the final, but it was the crowning moment of an incredible tournament for Maradona.