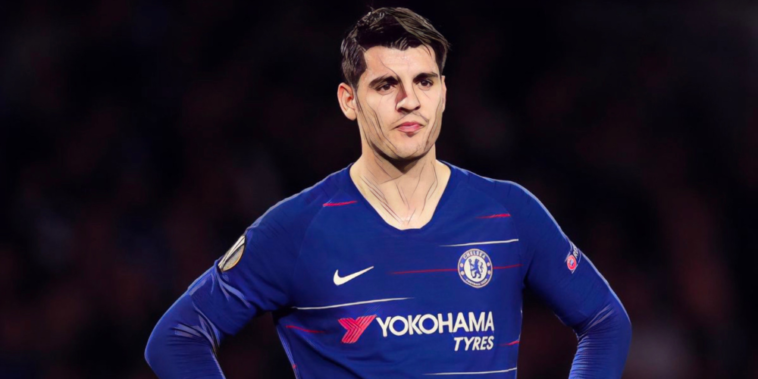 Chelsea’s number nine has become known as one of football’s most cursed shirts with a number of leading names having fallen below expectations.

The west Londoners have bought big in their pursuit of a reliable centre-forward, but have continually seen stellar names struggle for form at Stamford Bridge.

Romelu Lukaku is the latest to have failed to find his feet in Chelsea colours, with the club record signing returning to Inter Milan on loan after just one season with the club.

Maurizio Sarri secured the loan signing of Gonzalo Higuain in January 2019, bringing in a forward who had scored prolifically under his management at Napoli.

Higuain had equalled the Serie A goal record for a single season with a 36-goal campaign for Napoli in 2015/16, but his fortunes had began to slide upon his arrival in the Premier League.

Having been forced out of Juventus following Cristiano Ronaldo’s rival, he enjoyed a mixed period on loan at AC Milan, before another six-month loan to Chelsea.

The Argentina international scored five goals in 14 appearances, but failed to hit the heights expected and admitted he ‘could have done better’ in English football.

“I could have done better. But I think what I did is not bad, and then we managed to win the Europa League and reached the Champions League, so they were good results. People expected more from me, but I think the goals were fine in that short time,” he told the Telegraph.

“If you are a good player then people expect everything from you. But sometimes people don’t take into account that you are coming from a different league, from the Italian one that is completely different, to the Premier League. People don’t consider the fact that I played there for only a few months.”

Chelsea broke their transfer record once again in search of a reliable goalscorer last summer, spending a huge £97.5m to bring Romelu Lukaku back to the club.

Lukaku had failed to make the grade at Chelsea before developing into a prolific presence upon his exit, scoring goals at a fine rate across spells with Everton, Manchester United and Inter Milan.

The Belgium’s brilliant spell with the latter saw him net 64 goals in 95 appearances, with his performances firing Inter to the Serie A title in 2020/21 and earning the forward the division’s MVP award.

The number 9 shirt is probably the one you don't want to be given when you arrive at Chelsea 😬 pic.twitter.com/cuTsuNcIlz

Lukaku began brightly upon his return to English football, scoring in an encouraging all-round performance against Arsenal on debut.

However, Lukaku failed to build on that showing and caused controversy with an interview in December in which he criticised his role at Chelsea and spoke of his desire to one day return to Inter Milan.

He failed to regain the trust of Thomas Tuchel and scored just eight Premier League goals for the campaign, his lowest return for a decade.

Chelsea were willing to allow Lukaku to leave this summer and he has since re-joined Inter on loan, with the Italian side reported to have paid a loan fee of approximately €8 million (£6.9 million).

Alvaro Morata was the headline arrival of Chelsea’s summer transfer window in 2017, arriving in a club record £60m deal from Real Madrid.

Morata arrived under pressure to hit the ground running, having replaced title-winning forward Diego Costa after Antonio Conte had informed the forward he was not part of the club’s future plans.

He began brilliantly and scored six goals in his opening six league games, appearing one of the favourites for the Premier League’s Golden Boot.

However, his form faltered and after scoring nine league goals before Christmas, he added just two more across the remainder of the campaign with his confidence visibly impacted.

“I had lost confidence in myself” Morata said, as per the Daily Mail.

“I was very upset by the opinion of the people in England. I think they caught me in the middle of everything. I didn’t quite feel loved or appreciated by the club or the fans. I started very well at Chelsea, but an injury in the end leaves you a bit stuck.

“As bad as it was, I still scored 15 goals (for Chelsea in the 2017-18 season) and won the FA Cup… but I was out of the World Cup, and for me that was the hardest thing that could happen to me in my life.”

Chelsea had been on the receiving end of one of Radamel Falcao’s great performances, when he scored a stunning hat-trick as Atletico Madrid thrashed the Blues in the 2012 UEFA Super Cup final.

Three years later ‘El Tigre’ arrived in west London on a season-long loan deal, looking to get his career back on track after a serious knee injury and loss of form.

The Colombian had spent the previous season at Manchester United with little success and his fortunes only worsened across one miserable campaign at Stamford Bridge.

Falcao scored just once in 12 appearances across all competitions, with Chelsea unsurprisingly opting against exercising the £38m option to make the move permanent.

He returned to Monaco and rediscovered his form in France, scoring 54 goals across the next two seasons.

After five successful seasons at Blackburn, Sutton signed for Chelsea in a £10m deal following Rovers’ relegation in 1999.

Alongside Alan Shearer the forward had fired Blackburn to Premier League title success in 1995, while he earned a share of the division’s Golden Boot in 1997/98.

His move to Chelsea proved disastrous however, as he struggle for form and scored just once in 28 appearances in the Premier League.

He scored just two further goals – against Skonto Riga in a Champions League qualifier and Hull City in the FA Cup – in all competitions and was omitted from the Chelsea squad for the FA Cup final win over Aston Villa.

After one disappointing season he was allowed to leave, joining Celtic in a £6m deal.