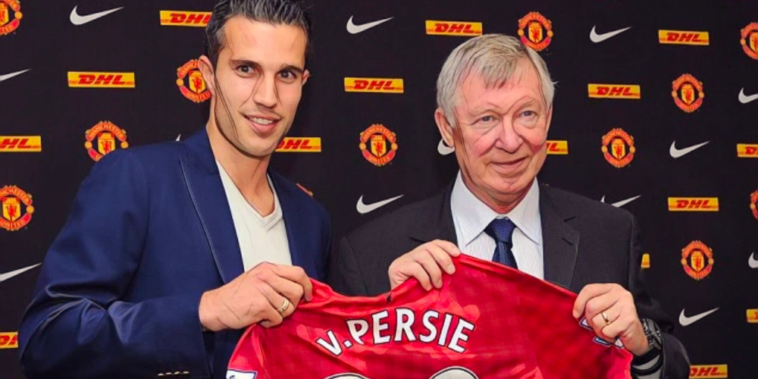 Chelsea are pursuing a deal to sign Raheem Sterling from Manchester City this summer, as the west Londoners look to add goal threat to their forward line.

Sterling is keen on the move after falling out of favour under Pep Guardiola last season, with the England international hopeful of a more prominent role in Thomas Tuchel’s plans.

Chelsea are hoping to build a side that can challenge City at the top of the Premier League last season and are ready to raid their domestic rivals for a winger who has scored 131 goals across seven seasons at the Etihad.

Ahead of Sterling’s potential move, we’ve decided to look back at five of the most memorable transfers between England’s elite.

Sol Campbell completed one of the Premier League’s most notorious transfers in 2001, having decided to swap Tottenham for Arsenal in a crossing of the north London divide.

Whilst the two teams have competed regularly for a place inside the top four in recent campaigns, there was a growing gap between the rivals at the time of Campbell’s transfer.

Spurs had failed to finish higher than seventh in the Premier League era at that time and Campbell – established as club captain after coming through the ranks at Tottenham – headed to Highbury in search of major honours.

Campbell’s exit came on a free transfer to add insult to injury for the Spurs support, who saw the fans’ favourite depart for the colours of their arch-rivals.

The centre-back’s impact was immediate as Arsenal won a Premier League and FA Cup double in his debut season, before the defender formed part of the Gunners’ famed ‘Invincibles’ side two seasons later.

He departed Arsenal in 2006 as a much revered figure, whilst the animosity towards the ex-England defender has remained at Spurs.

Ashley Cole is another who crossed capital rivalries, leaving Arsenal to sign for Chelsea in 2006.

Cole’s move was one surrounded in controversy, with the defender having been fined after holding a meeting with his agent and Chelsea chiefs including Jose Mourinho and Peter Kenyon in January 2005 – though the defender has long protested his innocence in the incident.

“In those 15-20 minutes, the chit-chat never strayed anywhere near what could be considered an approach by Chelsea. Not once was there anything mentioned about figures, transfers, further meetings or even leaving Arsenal,” he said in his autobiography, My Defence.

Cole’s relationship with Arsenal – where he won two FA Cups and two Premier League titles – deteriorated however, with his infamous comments critcising the Gunners’ contract offer leading to him being dubbed ‘Cashley’ in north London.

On the final day of the 2006 summer window he completed a move to Chelsea, with £5m and William Gallas in part-exchange the requirements from Stamford Bridge.

He spent eight successful seasons at Chelsea and won a host of major honours, including a third Premier League title, the Champions League and a further four FA Cup winners’ medals.

Chelsea broke the British transfer record to sign Fernando Torres from Liverpool in January 2011, parting with a record sum to bring the Spaniard to west London.

Torres has emerged as one of Europe’s leading centre-forwards across three-and-a-half seasons at Liverpool, becoming the first player since Robbie Fowler in 1995/96 to score more than 20 league goals in a season for the Reds during his debut campaign.

Torres scored 81 goals in 142 appearances across all competitions during his time on Merseyside, including scoring seven times against his suitors from the capital.

On an unforgettable deadline day that saw Torres head south and both Andy Carroll and Luis Suarez arrive at Anfield, he completed a £50m move to Stamford Bridge.

The deal proved a major disappointment however, as the forward struggled to replicate his previous form at Chelsea.

He took 903 minutes to open his account for the club and scored just once in 18 appearances across his first half-season. Whilst silverware arrived in the form of the Champions League and FA Cup the following campaign, he never again recaptured the levels of his Liverpool peak.

Manchester City’s new-found wealth upset the established elite of English football in 2008, with the billionaire-backed Blues making their presence felt in the transfer market.

Arsenal suffered at the hands of an ambitious regime, seeing a host of leading names leave to join City in a symbolic changing of the guard at the top end of the division.

Adebayor’s move was perhaps the most controversial, not least for an infamous celebration when scoring against his former side in a 4-2 win at the Etihad.

Happy birthday Emmanuel Adebayor – thank you for the goals, the drama, and above all, the most superbly petty celebration in Premier League history. Absolute scenes pic.twitter.com/HWQBX9hOg1

The Togo international ran the length of the pitch to goad the Gunners’ travelling support, while his comments since leaving north London having done little to boost his popularity.

In truth his time with City proved largely forgettable as he spent just one full season in Manchester, but that celebration is one few will forget.

Robin van Persie had been named as the PFA Player of the Year and FWA Footballer of the Year after a spectacular season at Arsenal, scoring 30 league goals to finish as the Premier League’s leading scorer.

Arsenal’s continued failure to compete for trophies and the sales of key players had frustrated the Dutchman however, with Ferguson sensing an opportunity to make his move.

United parted with £24m to sign the Dutchman, who made an immediate impact in one of the Premier League’s most memorable debut campaigns.

Arsenal could only watch on as their former captain proved one of the most transformative transfers of the Premier League era.