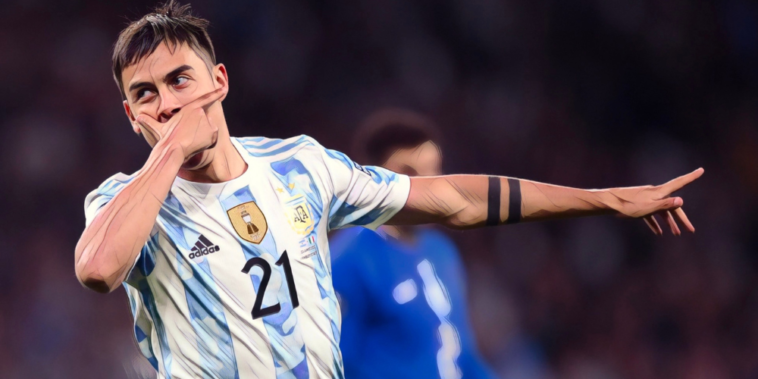 July has arrived with means out of contract players are officially freed from previous deals, with a whole host of marquee names now without a club.

While several free agents moved quickly to secure pre-contract agreements, there are a number whose futures remain unclear as the summer transfer window begins to truly heat up.

We’ve decided to look at five big-name free agents who are undecided on their next move.

Christian Eriksen is among the most in demand free agents of the summer transfer window, with the midfielder having failed to confirm a decision on his future.

Eriksen made a remarkable return to football at Brentford last season, starring during the Bees’ impressive finish to the Premier League campaign.

The Denmark international signed just a six-month deal with Thomas Frank’s side, as he made his recovery from the cardiac arrest he suffered at Euro 2020 last summer.

All smiles after today! 😁 #ce21 pic.twitter.com/QLWajhBZV0

He made an immediate impact upon resuming his career however, leading Brentford to seven wins from 11 games and showcasing the vision and touch that made him one of Europe’s best creative talents at Tottenham and Inter Milan.

There has been a long list of clubs rumoured to have approached the 30-year-old, though Manchester United and Brentford are understood to be the frontrunners.

The former can offer European football and a return to one of world football’s biggest clubs, but Eriksen’s comfortability in London – alongside a strong contingent of Danes at Brentford – could persuade him to sign a new deal as he looks for rhythm ahead of the World Cup in November.

Ousmane Dembele’s future has been one of the sagas of the summer so far, with the winger having been involved in a back and forth with Barcelona over a new deal.

Dembele was almost forced out of the club in January but refused to leave on Barcelona’s terms, before returning from injury to star across the second half of last season, recording a La Liga-leading 13 assists in just 15 league starts.

🧙‍♂️ Of the 197 players to register 5+ assists, Ousmane Dembele had the best mins per assist return (1 assist every 108.5 mins) in Europe's top 5 leagues this season pic.twitter.com/qtgBwcWl65

Barcelona are desperate to keep the France international despite an injury-plagued five seasons in Spain, but the club’s financial situation has made meeting the winger’s demands difficult.

Chelsea have been strongly linked in a move that would reunite Dembele with former Borussia Dortmund boss Thomas Tuchel, though Barcelona – who struck a deal on Thursday to sell 10% of their La Liga TV rights across the next 25 years – will hope to find a suitable extension offer.

Paulo Dybala was reduced to tears during his final fixture for Juventus last month, with the forward departing the Italian side after seven successful seasons in Turin.

Juventus have decided to move in a new direction and his exit has alerted leading clubs, who will be interested in the services of a footballer who scored 115 goals in 293 appearances for the Bianconeri.

The Argentina international has been linked with Premier League clubs in Manchester United and Tottenham in past windows, while there is believed to be interest from Italy with Inter Milan favourites for his signature.

Juventus’ decision to allow Dybala to leave has caused some surprise, with the forward just 28 and possessing several more seasons at the highest level.

On a free transfer, he will represent a huge coup for whoever secures his signing, having been touted for a mega-money move in past summers.

Jesse Lingard will have a choice of destinations this summer after leaving Manchester United.

The midfielder has endured a frustrating time in recent seasons, having made just two Premier League starts for the Red Devils after falling out of favour.

Born and bred a red. Over the last few weeks, I've been emotional about leaving a club that is family. After 22 years I’ve had so many special memories and moments that I will cherish forever. @ManUtd will always remain in my heart. A massive thank you. Lots of love Jlingz ❤️ pic.twitter.com/PJyglJBsNk

Lingard spent the second half of the 2020/21 campaign on loan at West Ham and excelled, with the Hammers having submitted an offer to sign the 29-year-old as a free agent this summer.

The move to the London Stadium makes sense given Lingard’s successful loan spell, in which he scored nine goals in 16 appearances to help the Hammers to Europa League qualification.

Newcastle also tried to sign Lingard in the January transfer window and could return with an offer, as the midfielder looks to relaunch his career and regain his place in the England squad ahead of Qatar.

Luis Suarez is a free agent after leaving Atletico Madrid, bringing an end to his two-year spell in the Spanish capital.

Suarez signed for Atletico from Barcelona and enjoyed a successful stint with the Rojiblancos, scoring 34 goals in 83 games and winning the La Liga title in 2021/22.

Whilst the career of one of the great goalscorers of his generation is approaching its conclusion, there remains miles in the tank for Suarez who has been linked with a Premier League return.

Steven Gerrard could be tempted to call in an old favour from his former Liverpool teammate, a move which would bring the band back together with Philippe Coutinho now also at Aston Villa.

Suarez will want to find fitness and form ahead of the Qatar World Cup, in what could be a farewell tournament for Uruguay’s all-time record goalscorer.

River Plate are also said to be interested in bringing the striker back to South America.