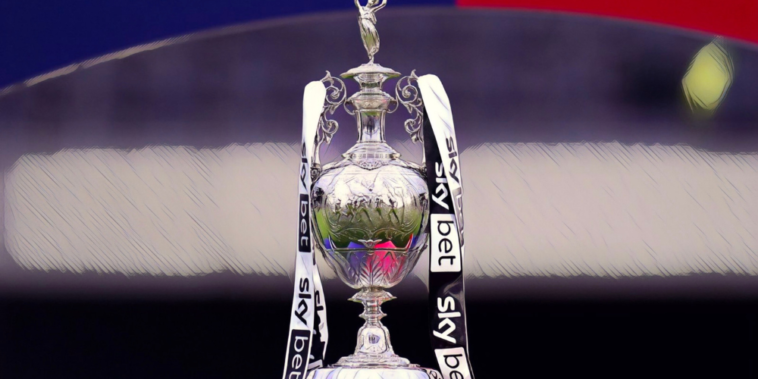 The Championship is one of the most demanding divisions in European football, a marathon of competitive action as sides contest for promotion to the promised land of the Premier League.

Once again it is expected to be a gripping a gruelling season in England’s second tier and we’ve decided to look at the five favourites to be crowned champions of the Championship.

So for those of you who like to gamble on the best online casinos like Spinsify uk, we’ve decided to check out how the Bookies rate the race for promotion.

Here are the five favourites to win the Championship in 2022/23.

Sheffield United missed out on promotion to the Premier League last season, losing to Nottingham Forest on penalties in the play-off semi-finals.

The Blades were one of the strongest teams in the division following Paul Heckingbottom’s arrival as manager in November, climbing from a position in the bottom half at the time of his arrival to a place inside the Championship’s top six.

The club have strengthened in key areas with the captures of Anel Ahmedhodzic and Tommy Doyle, whilst further additions are on the agenda after missing out on the signing of Tom Lawrence to Rangers.

Heckingbottom’s squad retains a strong core of the side that finished ninth in the Premier League as recently as the 2019/20 campaign and the goal this season will be a return to the top tier.

The addition of a reliable forward could prove the difference to their campaign however, given an over-reliance on the veteran Billy Sharp last season. Morgan Gibbs-White – who was named as the club’s Player of the Year in 2021/22 – will also be difficult to replace after an excellent loan spell from Wolves.

Middlesbrough will be aiming to seal a Premier League return this season, having finished seventh to narrowly miss out on the play-offs in 2021/22.

Chris Wilder’s side face a challenging start to the campaign, with each of their opening three opponents realistically targeting a position in the Championship’s top six this season.

With Folarin Balogun, Andraz Sporar and Aaron Connolly all returning to their parent clubs this summer, the signing of a centre-forward should be the focus for Wilder as he bids to build a promotion-winning side.

West Brom suffered their lowest league finish for 20 years last season, having ended the campaign in tenth despite being among the favourites for promotion.

The appointment of Valérien Ismaël failed to have the desired impact as the Baggies faded following a bright start, with a six defeats in seven across January and February all but ending hopes of promotion.

Despite that disappointment West Brom – now under the management of Steve Bruce – have been backed to challenge this time around, with the free transfer additions of John Swift and Jed Wallace representing excellent business at this level.

Watford are hoping for an instant return to the Premier League next season and have handed the challenge to Rob Edwards, having prised the 39-year-old from Forest Green Rovers.

Edwards oversaw promotion to League One during his sole season at Forest Green and has now been handed the sizeable task of rebuilding Watford.

The Hornets have already secured the signing of former Celtic forward Vakoun Issouf Bayo, while the club are targeting deals for Championship-proven talent in Keane Lewis-Potter and Adam Armstrong.

🗣 Rob Edwards reflects on today's friendly and this week's training camp in Austria as a whole.#WatfordFC | #WFCPreSeason pic.twitter.com/Xw4JPTeTXi

Edwards has spoken of the size of the task facing him at Vicarage Road, but outlined that promotion must be the aim for his side.

“Everyone wants to get promoted. I’m not going to hide away from that, but what I will say is I know how big that challenge is,” Edwards said, via Watford Observer.

“Nothing is a given. We were in the Premier League last season but that doesn’t mean it’s easy to bounce back up.

“However, we have some very, very good players and we’ll be competitive. I think we are in good shape, but there’s probably a dozen other clubs saying the same thing.”

Norwich are the favourites to win the Championship this season, with the Canaries having had a yo-yo existence between the top two divisions in recent campaigns.

Norwich have been crowned Championship winners on each of their past two seasons in the second tier, earning promotion as champions in 2018/19 and 2020/21 before suffering relegation.

Dean Smith guided Aston Villa to promotion in 2018/19 and will hope to repeat the trick at Carrow Road.

🗣️ "It was a competitive game, but exactly what we needed at this stage of pre-season. Some of the things we did were good, some not so good."

Teemu Pukki has scored 55 goals in just 84 league appearances in the Championship and will again be tasked with spearheading the club’s charge, while Isaac Hayden has arrived on a season-long loan from Newcastle to provide midfield bite.

After a series or poor signings last summer, the onus will be on recruiting right after a quiet start to the transfer window.