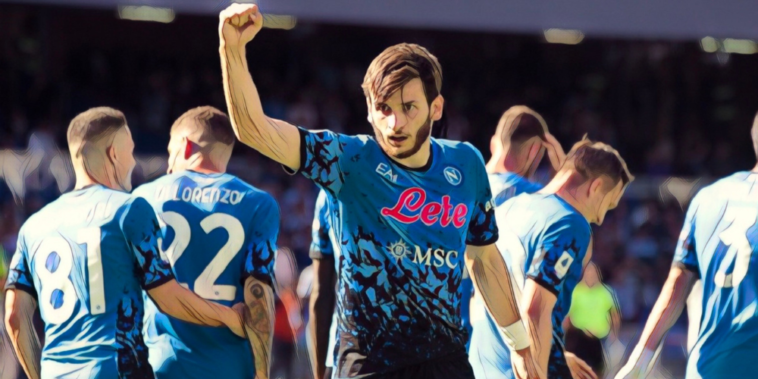 Serie A is arguably the most competitive division across Europe’s top five leagues right now, with a fascinating start to the season having opened up the prospect of a brilliant title race.

There’s been three different champions across the past three seasons, while there could be a different name on the trophy this time around with traditional giants AC Milan, Inter Milan and Juventus all outside the division’s top four at present.

Just four points separate the top six in the early stages of the season, so for those of you interested in football and the latest World Cup odds, we’ve decided to look at how the bookmakers assess the race for the Scudetto.

Atalanta have been Italian football’s great overachievers since Gian Piero Gasperini’s arrival as manager six years ago, a side who have regularly punched above their weight to compete with the division’s best.

After three consecutive third-place finishes Atalanta appeared to be on the decline last season, as Gasperini’s team finished eighth and stars such as Cristian Romero and Robin Gosens moved on.

Atalanta are back however and have got off to their best-ever start to a Serie A season. Second only on goal difference after an unbeaten start, Atalanta have won six and drawn two of their opening eight games.

Atalanta remain UNDEFEATED in Serie A, sitting tied for first with Napoli 👏🔝 pic.twitter.com/ZuK66SEv7u

Atalanta’s early success was built on an expansive brand of football as the club finished as the league’s leading scorers in 2019/20 and 2020/21 with 98 and 90 goals scored. After the disappointment of last season in which the club’s goalscoring form decline, Gasperini has tweaked his approach and it is defensive strength now providing the platform for success.

The evolution might see Atalanta lose their status as neutral’s favourites, but a record of just three goals conceded this season is a solid foundation on which to build.

The task now for Mourinho will be returning Roma to the highest stage and securing Champions League football, while there has been tentative talk of a title challenge given the openness of Serie A at present.

Roma are four points off the league leaders after a solid start, with their credentials enhanced following the summer signing of Paolo Dybala from Juventus, who has hit four goals in seven games.

Andrea Belotti and Georginio Wijnaldum have also added quality in key areas, though Roma will need Tammy Abraham to rediscover his form with the forward having struggled since Dybala’s arrival. Abraham scored 27 goals in all competitions last season but has just two for the current campaign.

Inter Milan have had a tough start to the season and are ninth in the early table, having won four and lost four of their opening eight games.

Simeone Inzaghi’s side finished as runners-up last season, having been crowned champions under the management of Antonio Conte in 2020/21.

I Nerazzurri re-signed Romelu Lukaku from Chelsea during the summer, though the Belgium international has not featured since August due to muscular issues. It has been a difficult return to the San Siro for the 29-year-old, who was so central to the club’s Scudetto success under Conte.

Back-to-back league defeats have increased the pressure on Inzaghi, but a midweek win over Barcelona in the Champions League was a step in the right direction.

AC Milan were crowned champions for the first time in more than a decade last season and are (5/2) to retain their crown this season.

The Rossoneri are fifth at present, three points behind the leaders after a dramatic win over Empoli last time out. Milan won 3-1 after three goals were scored in second-half stoppage time. Fodé Ballo-Touré and Rafael Leao scored for Stefano Pioli’s side, after Empoli thought they had snatched a late equaliser.

Milan have lost just once this season but lack a prolific goalscorer in their ranks. Olivier Giroud and Leao continue to share the goalscoring burden and the latter will be crucial to their Scudetto hopes. The 23-year-old has four goals in seven league games this season after being named as Serie A’s Most Valuable Player in 2021/22.

Napoli are the joint favourites to win Serie A this season after a flying start to the new campaign. Not since Diego Maradona adorned the club’s colours in the early nineties have Napoli been crowned champions, but there is an increasing optimism that this could be the season for Gli Azzurri.

Luciano Spalletti’s side have won six and draw two of their opening eight games to sit top of the division on goal difference, their form having already included wins at Lazio and AC Milan.

Summer signings Giacomo Raspadori, Kim Min-jae and Khvicha Kvaratskhelia have hit the ground running, with the latter fast emerging as one of the most exciting young talents in Europe.

Nobody seems capable of stopping Napoli and their new forward Khvicha Kvaratskhelia this season 💪 pic.twitter.com/a5Vx3f8PEj

Their form in the Champions League has been even more impressive, taking nine points from an available nine in a tough group. Those games have seen 13 goals scored with thrashings of Liverpool (4-1) and Ajax (6-1) having outlined Napoli as dangerous opposition for any side in the tournament.