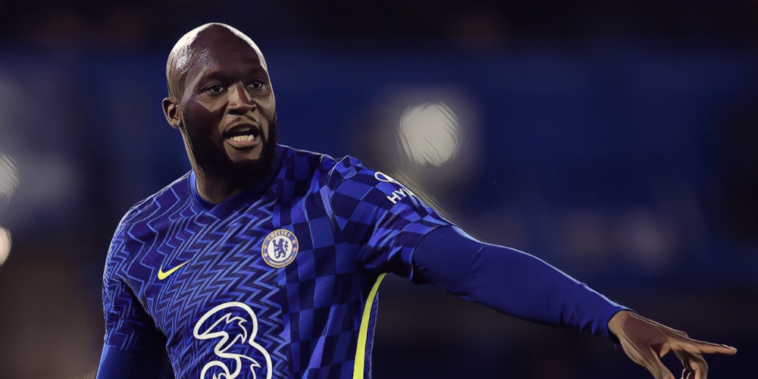 Romelu Lukaku had appeared the perfect fit for Chelsea last summer, as the West Londoners splashed out a record £97.5m to sign the forward from Inter Milan.

Lukaku had fired Inter Milan to the Serie A title the previous season and boasted past Premier League pedigree, his arrival viewed as a transfer that could help turn Chelsea from contenders into champions.

The Belgium international has instead struggled during a difficult debut season at Stamford Bridge, managing just five league goals and failing to fit into Thomas Tuchel’s plans.

So for those of you like to gamble online and would be interested in the best casino sites, we’ve decided to look at how the bookmakers’ view the five favourites to sign Lukaku from Chelsea.

Having enjoyed the best period of his career in Italy, AC Milan have been linked with a move to bring the 28-year-old back to Serie A.

Lukaku starred in the colours of the club’s cross-town rivals Inter, scoring 64 goals in 95 appearances across two seasons and being named as the division’s Most Valuable Player in 2020/21.

Zero minutes for Romelu Lukaku today vs Everton. Chelsea manager Thomas Tuchel: “I didn’t bring on Lukaku because we brought Jorginho off. We only had three changes”. 🔵 #CFC pic.twitter.com/C36BPZGcRl

Milan lead the title race at present and are closing in on a first Scudetto in over a decade, but the Rossoneri have lacked a reliable goalscorer with Rafael Leao leading the club’s rankings with 10 for the season in Serie A.

With both Olivier Giroud and Zlatan Ibrahimovic not getting any younger, a forward is believed to be on the club’s agenda ahead of the summer transfer window.

Given Lukaku’s past declarations of his affection for Inter, however, it would be a surprise switch.

Arsenal are in the market for centre-forwards this summer with Mikel Arteta believed to want at least two new additions.

Alexandre Lacazette and Eddie Nketiah are both out of contract at the end of the season and their futures remain unclear, a situation that could leave Folarin Balogun – currently on loan at championship side Middlesbrough – as the club’s only contracted striker.

Gabriel Jesus is the latest name heavily linked with a move to the Emirates and has refused to commit his long-term future to Manchester City, with the Brazilian keen to secure a more prominent role.

Given the 25-year-old will have 12 months remaining on his deal this summer, he looks a more viable option than Lukaku – a player who cost almost £100m less than a year ago.

Interest from Italy is expected to be high given the Chelsea forward’s past exploits in the division and Napoli have been made 8/1 third favourites to land Lukaku.

Napoli had been interested in signing Lukaku upon his exit from Manchester United in 2019, but missed out to Inter Milan in the race for his signature.

The club’s current leading scorer, Victor Osimhen, has been linked with the Premier League and has Arsenal, Manchester United and Newcastle among his alleged suitors.

Should the Nigerian – who signed for Napoli for a club-record fee of €70 million – leave, the funds could be reinvested into the marquee arrival of Lukaku should he become available and financially attainable this summer.

PSG continue to be linked with centre-forward as Kylian Mbappe edges closer to an exit, with the forward expected to leave for Real Madrid on a free transfer this summer.

Mbappe has scored a stunning 146 goals in 170 appearances across the past four seasons for PSG and is closing in on finishing as Ligue 1’s leading scorer for a fourth consecutive campaign.

Replacing him is an unenviable task for the French side, who will want to sign a forward that can help bring the best from Neymar and Lionel Messi at the Parc des Princes.

Lukaku has previously spoken of his admiration for the Parisians in 2016, calling the club a ‘magnificent project’ in an interview with GQ Magazine.

“PSG is a big club, with a magnificent project and a world-class workforce. But everything is in the hands of my agent.”

Lukaku eventually left Everton that summer, signing for Manchester United in a £75m deal and spending two seasons with the Red Devils.

Inter Milan are the favourites to sign Lukaku, with the forward having enjoyed the best spell of his career with the Italian side.

Lukaku became the fastest player in the Nerazzurri’s history – eclipsing the record of Ronaldo Nazario – to reach 50 goals in all competitions, whilst he was the driving force behind their drought-breaking 2020/21 title success.

The Belgium international formed a brilliant understanding with Lautaro Martinez and would likely be open to a return should Inter find the funds to finance a move, having spoken of his passion for the club in that ill-advised interview earlier this season.

“I will always have Inter in my heart and I genuinely hope to one day go back to play there,” Lukaku told Sky Italia.

“I am in love with Italy, this is the time to let people know what really happened, without bad-mouthing anyone, because that’s not my style.

“I want to apologise to Inter fans, because I think the way I left should’ve been done differently. I should’ve spoken to you first, because the things you did for me, for my family, my mother, my son, those will stay with me for the rest of my life.

“I really, genuinely from the bottom of my heart hope to come back to Inter, not at the end of my career, but while I am still at the level to win more trophies.”