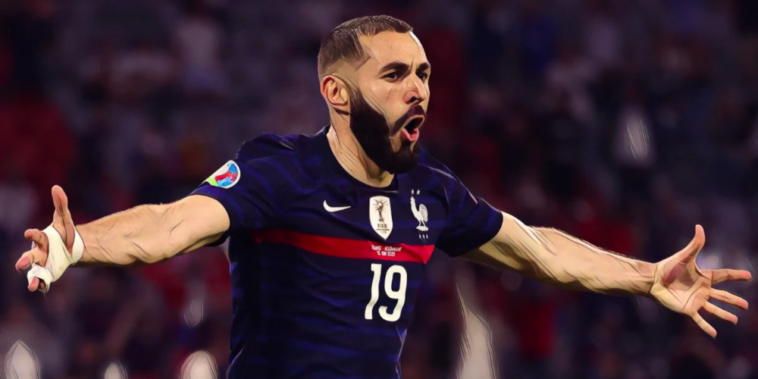 Football’s greatest names will come together in Qatar for the 2022 World Cup later this year, as the game’s biggest global event heads to the Middle East.

Each of the marquee stars will be hoping for the ultimate success with World Cup glory, though the finest forwards will also be targeting the tournament’s Golden Boot accolade.

Finishing as the World Cup’s leading scorer etches a player’s name into the history books and is an achievement only a select few players will ever accomplish.

So for those of you who like a bet and would be interested in the best bookmaker sign up offers, we’ve decided to look at how the bookmakers’ assess the favourites to win the Golden Boot in Qatar.

Qatar could prove to be Lionel Messi’s last World Cup, with the seven-time Ballon d’Or winner set to turn 35 this summer.

Messi remains Argentina’s greatest hope of success despite a challenging first season at PSG, in which the forward has scored just four league goals for the Parisians.

Messi, however, has provided 13 assists and a record of 17 G/A in 21 starts remains impressive, whilst his recent record for La Albiceleste has been excellent with 10 goals from his last 16 appearances.

🇦🇷 Will the 2022 #WorldCup belong to Lionel Messi?pic.twitter.com/P7LbRIFLTF

Argentina secured qualification for the tournament in unbeaten fashion and won the Copa America last summer, as Messi finished as the competition’s joint-leading scorer to end the national side’s 28-year wait for a major trophy.

The World Cup remains a notable omission from the CV of arguably football’s greatest ever player and a prolific tournament in Qatar would be a fitting finale to an international career in its latter stages.

Karim Benzema has enjoyed the finest goalscoring season of his career at Real Madrid, having amassed a brilliant record of 42 goals from 42 appearances for the recently-crowned Spanish champions.

The 34-year-old is playing the best football of his career and is the Champions League’s leading scorer, having scored decisive goals against the likes of PSG and Chelsea to send Real Madrid into the semi-finals.

One of the best attacking duos in world football this season 👏 pic.twitter.com/sq4ZPnNs51

Benzema returned from his international exile for Euro 2020 and will now have the chance to compete for France at the World Cup finals, having missed Les Bleus’ victorious campaign in Russia four years ago.

Benzema has scored nine goals in 16 caps since returning to the international scene and alongside Kylian Mbappe will form part of a France team who will begin the World Cup among the tournament favourites.

Cristiano Ronaldo is another who could take part in his final World Cup this winter, as the Portugal captain looks to win international football’s biggest prize.

Ronaldo is international football’s greatest ever goalscorer and has remained prolific on the national stage, scoring 13 goals in 14 appearances in 2021.

The 37-year-old is the joint-second highest active World Cup goalscorer having netted seven times during past editions of the tournament, level with Luis Suarez and three behind Thomas Muller.

Portugal have been drawn to face Uruguay, Ghana and South Korea in the group stage and will be confident of progress to the knockout rounds.

Kylian Mbappe starred during France’s 2018 World Cup success in Russia, being named as the tournament’s Best Young Player and becoming the first teenager since Pele in 1958 to score in the final.

Four years on from that performance Mbappe has evolved into one of world football’s finest, finishing as Ligue 1’s leading scorer in three consecutive campaigns and heading towards a fourth French Golden Boot this season.

Still just 23-years-old, he is two goals away from moving into France’s all-time top 10 leading scorers at international level, having amassed a record of 26 goals from 54 caps.

Mbappe has provided 39 G/A in just 31 league starts for Paris Saint-Germain this season and will be crucial to France’s hopes of becoming the first nation to defend the World Cup since Brazil in 1962.

Harry Kane is the bookmakers’ favourite to win the World Cup’s Golden Boot and retain the accolade he won in Russia in 2018.

Kane became just the second Englishman – following Gary Lineker in 1986 – to finish as the World Cup’s leading scorer after netting six times during the Three Lions’ run to the semi-finals.

England have been handed a favourable-looking group stage draw with the USA, Iran and either Ukraine/Scotland/Wales to come in Qatar and Gareth Southgate’s side will fancy their chances of a successful tournament after reaching the final of Euro 2020 last summer.

Harry Kane getting on the scoresheet yet again at Wembley ⚽️@HKane | @England | #WCQ pic.twitter.com/i7G8W6EvwA

Kane has enjoyed a prolific record for England and has scored 17 goals in his past 18 appearances for the national side, a run that has seen the 28-year-old climb to joint-second among the nation’s all-time leading scorers.

Only Jimmy Greaves (0.77) can better Kane’s record of 0.72 goals-per-game for England among the five players to have scored 40+ for the Three Lions.

Read Also – Does Brazil Have What it Takes To Win The World Cup?