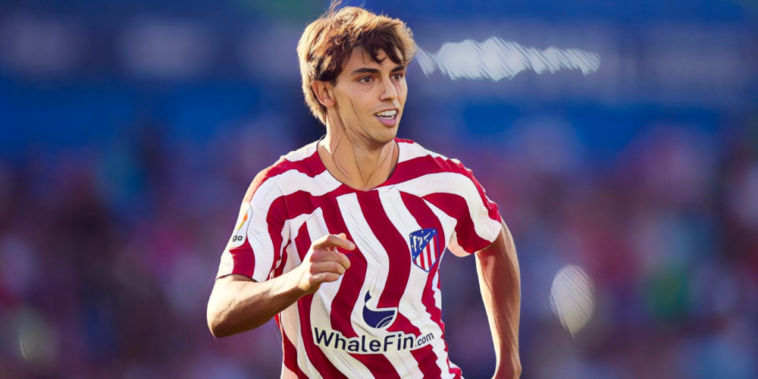 Joao Felix looks set to leave Atletico Madrid with the forward having reportedly fallen out with manager Diego Simeone in the Spanish capital.

The club’s record signing has made just five league starts this season and has largely struggled to find his role in the Atletico side since his £113m move from Benfica in 2019.

His performances at the World Cup offered a reminder of his talent and there are a number of top clubs who will be interested in striking a deal to prise Felix from the Metropolitano Stadium.

So for those of you who like to gamble online and would be interested in the best £5 no deposit bonus offers, here are the bookmakers’ five favourites to sign Joao Felix.

Aston Villa have emerged as surprise suitors to sign Felix, with reports last week having suggested that the Premier League side were well placed to secure a deal for the 23-year-old.

According to The Athletic the player’s agent, Jorge Mendes, is pushing for his client to move to Villa Park due to his strong relationship with the club’s board. Mendes was understood to be central in Villa’s appointment of Unai Emery as manager and the signing of Felix would be a statement addition for the new regime.

João Felix, prepared to leave Atletico Madrid in 2023. He’s open to a new experience and so there are concrete chances to make the move in January. 🚨🇵🇹 #transfers

Atletico try to ask more than €100m for João. Mendes, discussing with many clubs.

Villa’s lack of Champions League football – or any form of European competition at present – is likely to hinder their hopes of enticing Felix to the club given his long list of attractive suitors.

It also remains to be seen how much Atletico demand for the forward, having invested a staggering €126m (£113m) on the Portugal international in 2019, following his exciting breakthrough season at Benfica. Villa’s current transfer record is the £34.6m spent to sign Emiliano Buendia from Norwich in 2021.

Chelsea are fourth favourites to sign Felix, with co-owner Todd Boehly expected to back new manager Graham Potter this winter.

Despite a record-breaking spend of £271.1million under Thomas Tuchel last summer, Chelsea will want to provide Potter with a squad in his own image and the signing of a forward is set to be high on the agenda.

The Blues lack reliable options in the final third, with Kai Havertz, Pierre-Emerick Aubameyang and Raheem Sterling all tried with limited success in central roles since Potter’s arrival as manager.

While not an out-and-out option at centre-forward, Felix is a footballer who could bring the best from those around him with invention in advanced areas. The freedom of Potter’s philosophy could suit the 23-year-old after being shackled under Simeone.

Arsenal could enter the market for attacking additions this winter, following the news that Gabriel Jesus is facing up to three months on the sidelines.

Jesus sustained a knee issue at the World Cup that required surgery and his absence leaves Arsenal short of depth, with Eddie Nketiah the sole alternative to lead the line. Arsenal are interested in a deal to sign Mykhaylo Mudryk from Shakhtar Donetsk, but could seek a more central option in addition to the winger.

Felix would fit the bill and there are many who believe the Portugal international would be a fine stylistic fit for the Gunners, who currently top the Premier League table.

Five points clear of Manchester City, Arsenal are keen to strengthen and build on their unexpected position at the top. There is a growing belief that the north Londoners can not only end their Champions League exile, but push Pep Guardiola’s side all the way in the title race this season.

Manchester United are another Premier League side on the hunt for forward additions, after reaching a mutual agreement to terminate Cristiano Ronaldo’s contract.

Ronaldo’s controversial interview brought a premature end to his time at Old Trafford and leaves Erik ten Hag with the task to bring in reinforcements this winter. Cody Gakpo has been strongly linked with a move to Old Trafford from PSV Eindhoven, but Felix will shape as an attractive option given his huge potential.

A teammate of Bruno Fernandes and Diogo Dalot at international level, Felix could be tempted to join his compatriots and Ten Hag’s rebuild of the Red Devils.

Comfortable in a number of roles across the front line, he would add improved fluidity to an attacking group that already contains Marcus Rashford, Anthony Martial, Jadon Sancho and Antony.

Paris Saint-Germain are the favourites to sign Felix from Atletico Madrid.

The Ligue 1 champions have been linked with signing the forward on an initial loan deal, as the club look to add another exciting option to their star-studded frontline. Kylian Mbappe’s future remains uncertain after rumours of unrest at the Parc des Princes, while Lionel Messi is yet to make a decision on his future with his contract set to expire next summer.

Where would you like to see Joao Felix playing next? 🤔🇵🇹 pic.twitter.com/rkxZ4I0KOd

Felix would represent a long-term replacement for either star name as PSG look to build a team capable of winning the Champions League.

PSG’s sporting director, Luis Campos, has a strong relationship with Felix’s agent, Jorge Mendes, and has tracked the forward’s development over several seasons. The move to Paris would provide Felix with a fresh start at one of Europe’s top clubs, as he looks to kick-start a stuttering career at club level. An initial loan might be required to comply with Financial Fair Play regulations.