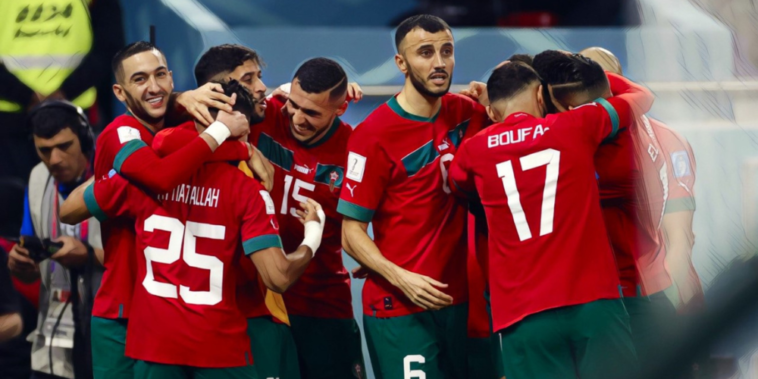 The FIFA World Cup has always produced shocks and surprises and the 2022 edition in Qatar has been no different.

Qatar is a tournament that has rightfully been shrouded in controversy and chaos from before a ball had been kicked, but the action on the pitch has at least provided a much-needed reminder as to what football should be about.

Here are five of the biggest shocks from the 2022 World Cup.

Argentina arrived at the tournament labelled as one of the favourites, with an incredible unbeaten run having raised optimism that the South Americans could be crowned champions in Qatar.

La Albiceleste’s unbeaten run stretched back three years and included success at the 2021 Copa America, a tournament which ended the nation’s 28-year wait for a major title. A thrashing of European champions Italy in the Finalissima had further increased confidence that Lionel Scaloni’s side had the tools to compete for the World Cup.

Saudi Arabia – a team ranked 51st in the world and with just three previous wins at the World Cup – appeared to pose little danger in the opening fixture, as Argentina looked to level international football’s all-time record unbeaten run.

The game appeared to be heading as predicted as Argentina dominated the opening exchanges, with Lionel Messi opening the scoring from the spot before the South Americans had three goals ruled out for offside.

However, Argentina came to rue their wastefulness around goal. Saudi hit back after the break and turned the game around inside a stunning 10-minute period. Saleh Al Shehri levelled for the Green Falcons, before Salem Al Dawsari fired home to spark wild celebrations.

Saudi held firm to stun Argentina and earn one of the World Cup’s all-time great upsets. The victors lost their next two games to finish bottom of the group, while Argentina recovered with back-to-back wins to progress.

Japan caused a stir after coming from behind to beat Germany in their opening fixture, but a disappointing defeat to Costa Rica had brought the Samurai Blue back down to earth.

Japan needed a result against Spain to progress to the last 16, a formidable task given the Spaniards’ performances in the competition to date – which included a 7-0 win over the Costa Ricans.

Spain were in control and comfortable at the break after Alvaro Morata headed home Cesar Azpilicueta’s cross, but Japan sprang a surprise once again to come back and shake up Group E.

Ritsu Doan repeated his super-sub feats against Germany with another goal off the bench, before a controversial moment as Japan scored a second. Ao Tanaka scored the winner for the Japanese, despite protests that the ball had gone out of play before Kaoru Mitoma crossed from the byline.

Initial images appeared to confirm that view, but VAR replays decided the entire ball had not crossed the line and the goal stood. Japan stunned Spain to top the group, with La Roja fortunate to progress as runners-up.

Belgium’s ‘Golden Generation’ suffered a meek group stage exit in what perhaps represented the final chance for their talented team to win a major title, with Morocco causing a shock in Group F.

The north Africans punished a poor performance from Belgium with two late goals to seal a 2-0 win, with Thibaut Courtois at fault for the first as he allowed Abdelhamid Sabiri’s free-kick from a wide area to sneak in at his near post.

Belgium failed to recover and Roberto Martinez’s side were stung as the Atlas Lions scored a second. Hakim Ziyech did well down the right flank before centring for Zakaria Aboukhlal to slam home and seal the win for Morocco in stoppage time.

It was a well-deserved win for Morocco, who made a mockery of their position 20 places below Belgium in FIFA’s world rankings.

Morocco’s progress to the knockout rounds as group winners was admirable, but the Atlas Lions began a date with Spain in the last 16 as outsiders to reach the quarter-finals.

As expected Spain dominated possession, but were unable to turn their monopoly of the ball into clear-cut chances, managing just six shots on goal and only one on target as Morocco’s organised backline frustrated La Roja.

It was the Moroccans who had the best chances, but the two teams were unable to be separated across the course of 120 minutes. Spain were woeful in the shootout, failing to convert any of their three spot-kicks.

Yassine Bounou made saves from Carlos Soler and Sergio Busquets, while Pablo Sarabia struck his effort against the post as Morocco won 3-0 on penalties to become just the fourth African team to reach the World Cup quarter-finals.

It was Madrid-born Achraf Hakimi who scored the decisive kick, calmly placing his effort down the middle to send Morocco into the last eight.

Morocco’s fairytale run continued in the quarter-finals, with an upset of Portugal to reach the last four.

It was a history-making moment for the Atlas Lions, who became the first African nation to reach a World Cup semi-final. Youssef En-Nesyri scored a famous winning goal in the first half, as the Sevilla striker leapt high to head past Diogo Costa and spark jubilant celebrations at the Al Thumama Stadium.

Morocco fed on the strong support inside the ground in a tireless display, absorbing pressure from their illustrious opponents before springing forward to offer threat on the counter. Despite their depleted defensive options with West Ham’s Nayef Aguerd and Bayern Munich’s Noussair Mazraoui sidelined, Morocco dug deep to secure a result that will inspire their home continent.

The three previous African teams to reach this stage had all fallen at the quarter-final hurdle, but Morocco overcame their latest obstacle to continue a remarkable run in this competition.

Next up is the world champions France for, somewhat unbelievably, a place in the World Cup final.