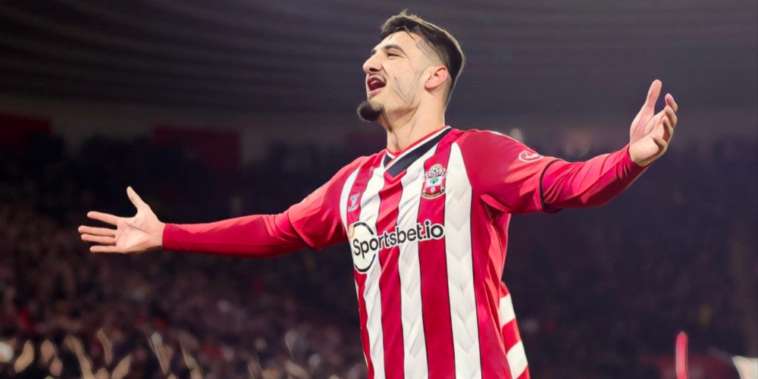 Armando Broja is in demand this summer with a number of Premier League clubs interested in a deal for the forward after a breakthrough top-flight campaign.

The 20-year-old has returned to Chelsea, but is expected to depart in search of regular first-team football after being left out of the initial travelling party for the club’s pre-season tour of the United States.

So for those of you who like to gamble online and are interested in the best UK betting sites, we’ve decided to look at how the bookies rank the five favourites to sign Armando Broja.

Leeds have been among the busier Premier League clubs of the summer transfer window, having spent around £95m on a raft of new additions at Elland Road.

With Kalvin Phillips having departed for Manchester City and Raphinha expected to follow the midfielder out of the exit door, Leeds are investing heavily to compensate for the sales of the key duo.

Next on the agenda for Jesse Marsch appears to be a centre-forward and the club have been linked with a move for Broja.

Creating a goal from nothing 💫

Leeds struggled in the absence of Patrick Bamford last season, who was restricted to just nine league appearances as a result of continued injury problems.

Broja’s arrival would provide competition and cover for Bamford, while the Albanian would add to an exciting collection of young attacking talent that includes summer signings Brenden Aaronson and Luis Sinisterra.

Napoli have been credited with an interest in signing Broja, amid speculation linking Victor Osimhen with an exit from the club.

Osimhen scored 18 goals in all competitions last season to be named as Serie A’s Young Player of the Year, form which has seen the likes of Manchester United, Bayern Munich and Newcastle linked with a potential move.

Napoli have also seen both Lorenzo Insigne and Dries Mertens depart this summer, with each having contributed 11 league goals last season.

Replacing that goal threat is on the agenda for the Italian side as Luciano Spalletti’s side prepare to return to the Champions League this season.

Newcastle’s summer business has been calculated and shrewd so far, with the club’s new owners resisting the temptation to spend exorbitant sums on new additions.

Sven Botman and Nick Pope have added quality in key areas, while Matt Targett’s successful loan spell from Aston Villa has been turned into a permanent deal.

The signing of a new forward remains a priority for Eddie Howe, given Callum Wilson’s struggle for fitness and Chris Wood’s lack of impact since his January arrival from Burnley.

The Magpies have chased a deal to sign Reims striker Hugo Ekitike, but have grown frustrated in their pursuit and are now considering alternatives.

Broja would represent a signing who can make an immediate impact and develop in the coming seasons, as Newcastle look to build a side capable of challenging the Premier League’s best.

Everton are understood to have made contact with Chelsea over a deal for Broja, as the Toffees look to find a replacement for Richarlison.

The Brazil international finished as the club’s leading scorer with 11 goals in all competitions, before departing for Spurs in a deal that could reach £60m.

Lampard is familiar with Broja having worked with the forward at Chelsea, handing the Albania international his Premier League debut in March 2020.

West Ham are the bookmakers’ favourites to secure a deal for Broja, having been strongly linked with a move to bring the forward across the capital.

David Moyes wants to increase the goal threat of his side and reduce the reliance on Michail Antonio, who made 47 appearances during a campaign which saw the Hammers reach the Europa League semi-finals.

European football has been secured once again in the form of the Europa Conference League, with Moyes and his recruitment team working to add to the arrivals of Nayef Aguerd, Flynn Downes and Alphonse Areola.

According to the Evening Standard, West Ham are set to ramp up their interest in the coming days with a move to the London Stadium reported to be Broja’s preferred destination.