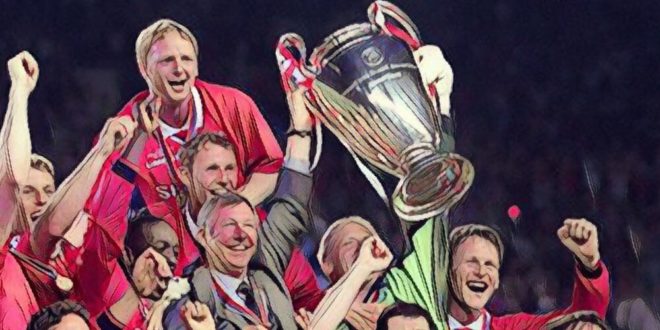 Manchester United. One of the greatest and most successful football sides that English football has ever seen.

There have been many trophies won and many incredible moments in Manchester United‘s illustrious history, but there can be no more illustrious than what happened in their 1998/99 campaign.

It remains the only time in English football history that a club have won the English top flight, the FA Cup and European Cup in the same season.

While Manchester City have broken all records domestically in recent seasons, nothing can compare to what United achieved back in ’99, and the manner of the win over Bayern Munich to complete the treble in the Nou Camp made it an all the more incredible story.

So we want to know if you can remember how many members of that historic squad that you can remember, and once you’ve done, send it on to one of your mates to test their knowledge too.

*Only players who played in the Premier League, FA Cup and Champions League included.