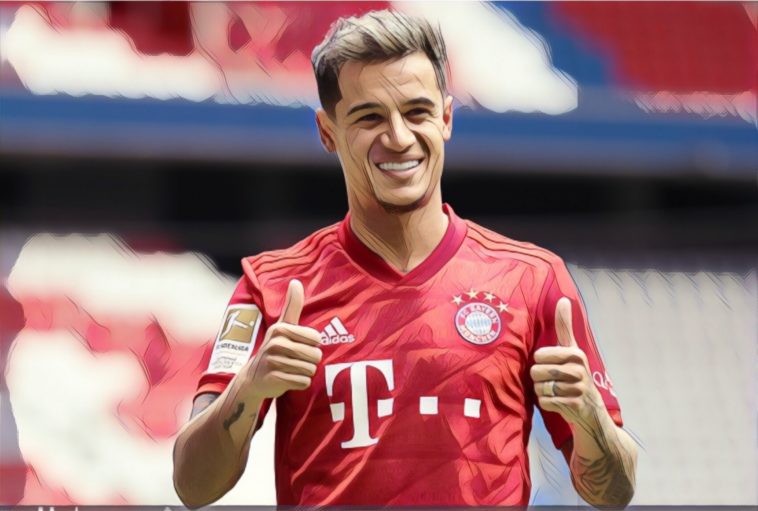 Philippe Coutinho has reportedly been touted in the direction of several Premier League clubs, with Chelsea, Arsenal and Tottenham having been ‘offered the chance’ to sign the Barcelona star.

The Brazilian international has endured a difficult period since leaving Liverpool for Spain two years ago, falling out-of-favour at Barcelona and spending the current season on-loan at Bayern Munich.

Coutinho, however, has struggled for consistency during his time in Munich and the Bundesliga champions have turned down an opportunity to sign the playmaker on a permanent basis, leaving the 27-year-old facing an uncertain future this summer.

According to Sky Sports, Barcelona remain determined to sell a player who cost a reported £142 million, and have offered the player to a host of Premier League sides in a bid to find a suitable destination.

The report claims that Chelsea, Arsenal and Tottenham to have been offered the chance to sign Coutinho, though it is hugely unlikely that any side will be willing to part with a big-money fee in the current climate.

Another loan deal looks most likely given the current financial situation amid the coronavirus pandemic, however, whilst the player is believed to be interested in a return to English football after previously spending five successful years in the Premier League.

Coutinho currently has three years remaining on his £250,000-a-week contract at the Camp Nou, a significant salary that Barcelona will want covered to sanction another temporary move away.