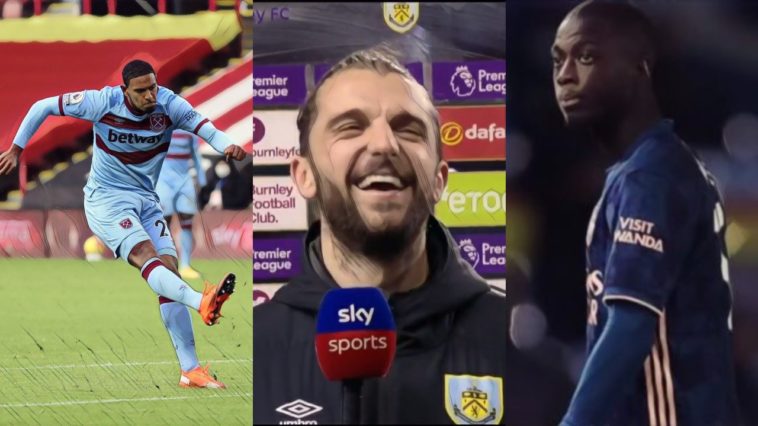 Ever since DJ Jordan North said “happy place, happy place, Turf Moor” on I’m A Celebrity, everyone has been bullying Jay Rodriguez into saying it in his Burnley accent. Say the line, Jay!

The words we all wanted to hear from Jay Rodriguez 🤣 pic.twitter.com/gTglTNDFP6

Honourable Mention: Theo Walcott scoring for Southampton 15 years after his last league goal for the club.

Premier League Team of the Week for gameweek 9

Usually, when a striker doesn’t take a shot in an entire match they have had a bad game. But not in the case of Harry Kane, who was absolutely sublime during Tottenham Hotspur’s 2-0 win over Manchester City.

Kane is arguably not just a top class striker anymore, but a complete player too. We’ve spoken a lot about his newfound playmaking abilities, which he showed off here with his ninth assist of the season, but he terrorised the usually unflappable Aymeric Laporte all day long.

It wasn’t quite on the same level of rage as Tobin Heath’s goal in the Manchester derby in the WSL the other week, but Sebastien Haller‘s rocket at the weekend was the angriest goal of the season we’ve seen so far.

Some hit from Haller yesterday 💥pic.twitter.com/8haZlGeHA8

It was the West Ham United striker’s first goal from outside the box in his career, but he didn’t even celebrate it! Haller has clearly been frustrated with his recent form and lack of game time, but Haller is the club’s goal scorer in all competition with six strikes to his name, so he must be doing something right.

😍 Of course you want to watch it again… #THFC ⚪️ #COYS pic.twitter.com/KT1Sz0Gt93

Alex McCarthy made an excellent double save early on in the first-half against Wolves, keeping out Nelson Semedo’s long-range drive before denying Leandro Dendoncker on the follow-up.

The Southampton goalkeeper has put in a string of good performances ever since conceding five against Spurs in September. He made eight saves on Monday night to ensure the Saints came away from Molineux with a point – is an England call-up beckoning?

There were several contenders for Miss of the Week on Saturday alone, but for the second week running it has to go to Timo Werner. Just as he did against Sheffield United, the Chelsea striker put himself in a golden position to score, but failed to connect with the ball properly. It simply dribbled safely wide. 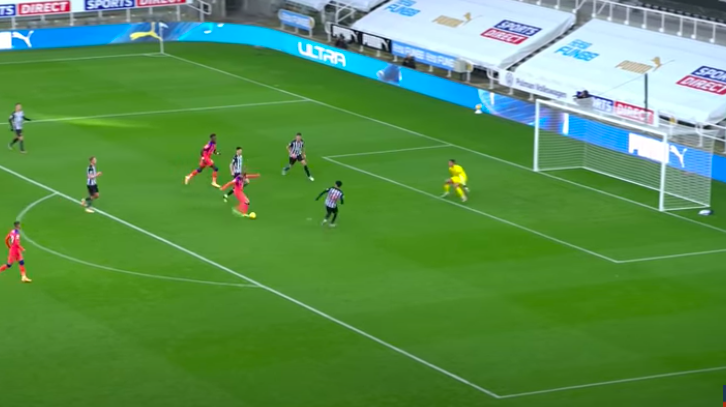 To be fair to Werner, he looked excellent all game and provided the assist for Tammy Abraham’s goal, but he needs to be more clinical. Particularly if the Blues are to mount a title challenge this season.

What is it with Fulham and penalties? For the third time in a row the Cottagers missed from the spot, this time it was Ivan Cavaleiro, who made an absolute dog’s dinner of his attempt.

5/8 – Fulham have missed five of their last eight Premier League penalties, including each of the last three, all taken by different players (Aleksandar Mitrovic, Ademola Lookman and Ivan Cavaleiro). Woops. #FULEVE pic.twitter.com/C8LNvGGiCt

The winger was placed too far to the left in his runup to the spot, so he inevitably slipped when he tried to place the ball to the right-hand side of the net. Is there nobody at the club instructing these guys how to take a penalty?

Arsenal were lucky to come away from Elland Road with a point after conceding so many chances against Leeds United, but Nicolas Pepe was fully deserving of his red card for headbutting Ezgjan Alioski.

Yes, the Leeds midfielder was theatrical in his reaction, but the stupidity of Pepe in the first place is, in the words of his manager Mikel Arteta, unacceptable.

Read: Five Premier League players who ‘had a mare’ this weekend