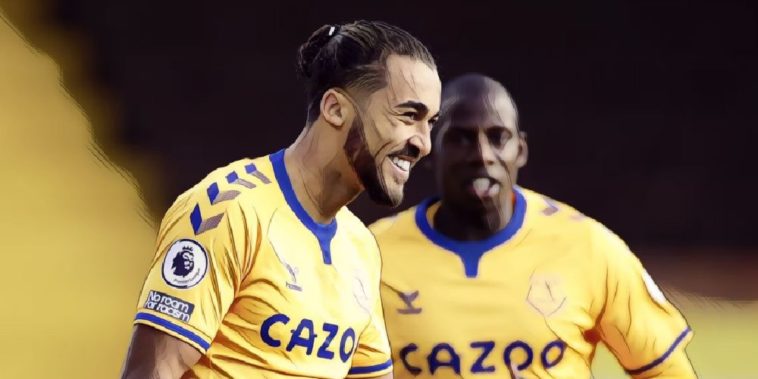 Tottenham are the new league leaders after a Mourinho masterclass secured victory over Manchester City and long-term rival Pep Guardiola, whilst Liverpool proved they are still the team to beat after outclassing Leicester at Anfield.

Elsewhere Everton held off a late Fulham fightback to hold on for three points at Craven Cottage, while Bruno Fernandes – not for the first time – bailed out Manchester United as they laboured past a stubborn West Brom.

Arsenal held on to secure a point at Leeds on Sunday evening as a combination of the woodwork and goalkeeper Bernd Leno kept the game goalless, the goalkeeper once more in fine form as the last line of Mikel Arteta’s defence.

The Germany international was the star performer for the north London side who were reduced to 10 men following Nicolas Pepe’s moment of idiocy, making a smart stop to deny Patrick Bamford in the first half before a spectacular save at full length to frustrate Stuart Dallas.

So often amongst Arsenal’s most consistent players in a period of inconsistency for the Gunners, Arteta will be thankful he has the 28-year-old to depend upon.

Who better to have amid an injury crisis than the ever reliable and versatile James Milner, who once again showcased his ability to perform admirably in unfamiliar roles after being deployed at right-back in Liverpool’s 3-0 win over Leicester.

The veteran dealt with the threat of Harvey Barnes’ pace in fine fashion and provided leadership to a Reds side lacking several key players, Milner an always willing runner and a player who ensures the standards of those around him remain high.

No player regained possession on more occasions or created more chances, the 34-year-old’s cross leading to Jonny Evans’s own goal before providing the assist for Roberto Firmino’s header from another corner kick.

He moved into a more familiar midfield position later in the game and helped Liverpool see out an important result, Milner an invaluable member of the champion’s squad despite entering the twilight of a remarkable career.

Eric Dier has been no stranger to criticism throughout his career, but delivered arguably his best performance at centre-back with a magnificent display against Manchester City this weekend.

The England international was excellent in denying the visitors who dominated possession and had a staggering 22 efforts on goal, producing a number of well-timed blocks and interventions as Spurs dug deep to secure a clean sheet and three points.

No player in the Premier League has made more than Dier’s 28 headed clearances this season, the 26-year-old looking a much-improved player under the guidance of Jose Mourinho and growing into the role of centre-back.

The league leaders will need Dier to produce more performances of this ilk in the coming weeks, with defensive partner Toby Alderweireld picking up a serious-looking injury this weekend.

West Ham‘s switch to a back three has proven an inspired one by David Moyes with the system getting the best out of the players available at the London Stadium, amongst them, the experienced defender Angelo Ogbonna.

The 32-year-old is one of a number of Hammers’ players to have markedly improved under Moyes and was again in fine form during their 1-0 win at Sheffield United this weekend, dominating in the air and marshalling the backline superbly.

The Italian international was a doubt heading into the clash at Bramall Lane but showed no signs of the groin strain that forced him off against Fulham before the international break, a solid performance from a player central to securing three valuable points on the road.

Attacking full-backs have never been more in fashion and there are few who provide a higher quality of delivery than Lucas Digne, the Everton left-back to his best to help his side to a 3-2 win at Fulham this weekend.

The Frenchman’s forward forays are a trademark of the side under Carlo Ancelotti and he was twice given far too much room by the home defence, providing pinpoint deliveries for both Dominic Calvert-Lewin and Abdoulaye Doucoure.

Lucas Digne has now provided more assists (4) than any other defender in the Premier League this season.

A wand of a left foot. 🪄 pic.twitter.com/i1zPmNxjjN

It’s now four Premier League assists for the season for the 27-year-old, the most of any defender in the division and a figure bettered by only Harry Kane and Jack Grealish.

Chelsea’s fine form under Frank Lampard continued with a comfortable 2-0 win at Newcastle, an utterly dominant display from the visitors ending a wretched recent record at St James’ Park.

The west Londoner’s summer signings are beginning to gel and victory made it five consecutive wins in all competitions for Chelsea, but it was a familiar face who stood out at the heart of the club’s engine room.

The N’Golo Kante positional experiments now, thankfully, seem a thing of the past with the Frenchman restored to a midfield anchor role as the tenacious heartbeat of the Chelsea side.

N'Golo Kante made more tackles (4) and more interceptions (3) than any other Chelsea player on the pitch against Newcastle.

No player in the Premier League has registered more tackles and interceptions over the opening months of the campaign with Kante once again starring at Newcastle, arguably the world’s best spoiler back doing what he does best.

Pierre-Emile Hojbjerg may not have been the most fashionable of Tottenham’s summer signings, but has quickly proven himself to be the most important with a number of commanding performances in the club’s engine room.

The Danish midfielder was once again excellent during the 2-0 win over Manchester City, anchoring the midfield in accomplished fashion, breaking up attacks and completing 93% of his 32 attempted passes.

Hojbjerg outstanding again for #thfc. For £15m, Spurs got exactly the player they needed, bringing more steel, intelligence and responsibility-taking in shielding the defence. Reads the game, sees off threat, blocks, organises. #TOTMCI

The summer signing covered more ground than any other Spurs player in a display full of grit and determination, the 25-year-old having been a brilliant addition to Mourinho’s midfield ranks and already looking like a leader of a new-look side with grand ambitions.

Liverpool’s long list of injuries saw teenager Curtis Jones handed just his third Premier League start for the club against Leicester, the academy graduate responding with a mature performance that defied his lack of experience at this level.

Jones has been tipped for a big future at Anfield and possesses a confidence not often seen from young players making their initial steps into the first-team, though it was not the 19-year-old’s attacking flair that stood out against the Foxes, but a performance that demonstrated he is beginning to get to grips with Jurgen Klopp’s demands.

The England U21 international was disciplined in his defensive work, pressing the visitor’s midfield relentlessly and showcasing his talent on the ball with a brilliant switch of play to Andy Robertson in the build-up to the Reds’ second goal.

Jones has rarely looked out of place in this side in his fledgeling career to date, a huge compliment to a player brimming with potential.

Diogo Jota continued his hugely impressive start to life at Liverpool with another performance full of forward threat, ensuring the Reds didn’t to miss the presence of Mohamed Salah with an electric showing in attack.

Jota’s pace and movement caused problems for Leicester throughout and he continued his remarkable record in front of goal with a brilliant glancing header, becoming the first player in Liverpool’s top flight history to score in each of their first four home league games.

The form of the Portugal international has provided Jurgen Klopp with a huge – albeit welcome – selection headache, Jota amongst the shrewdest signings of the season so far and a player who looks set to take his game to new heights on Merseyside.

It’s now eight goals in just 12 appearances in all competitions, a tally few would bet against rising given his fine form of late.

It’s been a familiar story over the opening months of the season for a forward truly enjoying his football at Everton at present, moving ahead in the race for the Premier League’s Golden Boot with a double against Fulham this weekend.

The England international has now scored 10 league goals for the campaign after two predatory finishes at Craven Cottage, Everton bouncing back from three straight defeats to secure victory.

There was nothing fancy about either finish from the 23-year-old whose improvement in taking up dangerous attacking positions has been immeasurable, Carlo Ancelotti likely to be hugely impressed by the goalscoring instincts of his number nine.

It’s getting more and more difficult to argue that Harry Kane is not the best player in the Premier League at present, the forward once again superb as Tottenham moved top of the division with a hard-fought win over Manchester City.

Kane was named as his side’s Man of the Match despite failing to get himself on the scoresheet, his work-rate and movement causing nightmares for the City defence throughout.

In just 15 games, Harry Kane has been directly involved in 24 goals this season pic.twitter.com/XOtUWXgH8W

The England captain continually dragged players out of position as he dropped deep to hassle the City midfield and pick up possession, creating the space in behind for Son Heung-Min’s opener and providing his 11th assist of the season already with a perfectly weighted pass into Giovani Lo Celso.

Title talk at Tottenham has been tentative despite moving top of the Premier League, but with Kane in this form and pulling the strings in a new creative role, their supporters should perhaps dare to dream.

Tweets of the Week: Rashford’s gaffs, official sources, and the most Jose vs Pep match of all-time