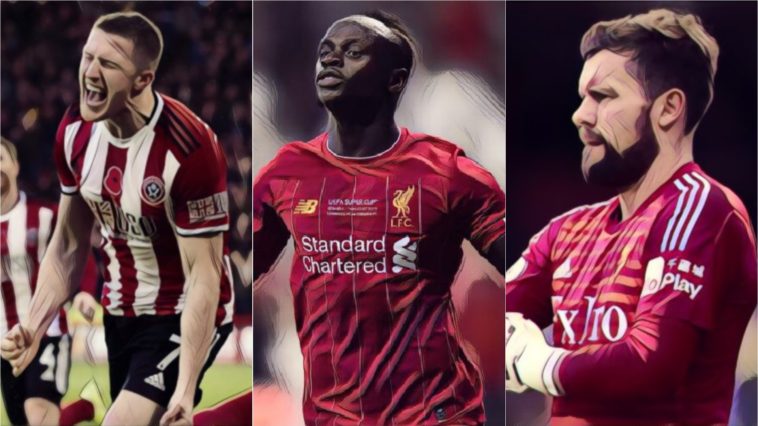 The 3pm kickoffs on Saturday featured plenty of drama, with five of the seven matches in that time slot containing late goals. Everyone’s eyes were on two games in particular, as the top two teams embarked on climactic comebacks.

Both Manchester City and Liverpool were banging on the door for the majority of their respective fixtures against Southampton and Aston Villa in desperate attempts to overturn one goal deficits. Both were successful, as Kyle Walker inspired the reigning champions to a 2-1 victory, while Sadio Mane did the same for the Reds in the dying moments. It was the 31st time the Merseyside outfit have scored a goal in the final 15 minutes of a game since the beginning of last season.

It was remarkable and goes to show the lengths to which neither side is willing to give an inch in this title race. A different result one way or the other would have put a new slant on the narrative this week, but as it stands Liverpool are still six points ahead. In another campaign in a different year, that kind of lead would be enough to suggest they are firmly in control of the table, but given the insane runs of form City are capable of this is far from a formality. But they are beginning to look utterly unbreakable.

This week’s best player wasn’t someone from the Premier League champions, or the Champions League winners, or the holders of the Europa League. Rather, it’s somebody from the mighty Sheffield United: John Lundstram.

The midfielder scored twice in the 3-0 win over Burnley at Bramall Lane on Saturday, making him the club’s joint top goal scorer this season on three alongside Lys Mousset. The Liverpudlian had five shots, all inside the box, with three on target, and three big chances. He also had the highest expected goals (xG) tally of any player at the weekend with 1.31.

The Blades’ form over the first 11 gameweeks of the season (four wins, four draws, three losses) has been remarkable for a side widely tipped to return straight to the Championship come May. They are unlikely to remain in the European qualification places by then; the underlying numbers suggest they should have accrued less points, but only by two. The xG table has them in 12th rather than 6th, but if that were the case after 38 games the club would be ecstatic.

They’ve shown so far they deserve to be in this division; how far can Chris Wilder take them?

This was one of Manchester United‘s worst performances in a while and the defending for the only goal of the game was really poor, but none of that takes away from the skillfulness of Josh King‘s volley.

The Norwegian striker has put in some good performances for the Cherries this season, but hadn’t scored for six hours worth of football. It was also Bournemouth‘s first league goal since the end of September, which, come to think of it, does not reflect very well on Ole Gunnar Solskjaer’s team.

Jorginho‘s pass to Tammy Abraham for Chelsea‘s first goal against Watford was divine. The Hornets basically invited it on too, as the Brazilian exposed their high line by deliciously swerving a first time ball over the defence for the England striker to latch onto. Why in the blue hell wasn’t Maurizio Sarri getting him to do things like this last season?

On Match of the Day, Alan Shearer called it the “pass of the season”. It’s only November, but he might be right.

The Blues nearly doubled that lead moments later through a looping Christian Pulisic header, but Ben Foster made a miraculous save to deny him in the 18th minute.

The scenes if that header went in… 😮😩

The goalkeeper also got his head on the end of a late cross that could have saved a point for Watford, but alas Kepa Arrizabalaga was equal to it.

Neal Maupay should count his lucky stars he scored in the second-half and that Brighton ended up beating Norwich City 2-0, because he missed an easy chance before the interval. The Frenchman has an eye for goal – he has four in the league thus far – but every now and then he pulls out an absolute mare.

He’s been lauded as possibly the best goalkeeper in the league, but Ederson spilled a fast but catchable shot straight him against Southampton at the weekend. It lead directly to a James Ward-Prowse goal and could’ve easily resulted in dropped points for City.

The horrific injury suffered by Andre Gomes has been sadly reduced to a debate about an erroneous refereeing decision and the lack of VAR input, but thankfully the Spanish midfielder has had a successful operation on his ankle and will hopefully make a full recovery.

There were unsavoury scenes in reaction to the incident however, as some Everton fans booed Heung-min Son afterwards. There was footage of one spectator racially abusing the player as well, which is now being investigated.

The Korean forward tackled Gomes, but the injury was more as a result of an awkward landing rather than any malicious intent in the challenge. Son was red carded anyway, and the Premier League confirmed the decision was influenced by the outcome (i.e. a bad injury) rather than the severity of the tackle itself.

Given the fact that we’ve never heard such an explanation for a refereeing decision before, it smacks of the league just making it up as they go along. So this week the Premier League themselves are donkeys, as is the racist Evertonian on Sunday.

Read: Premier League Team of the Week for Gameweek 11