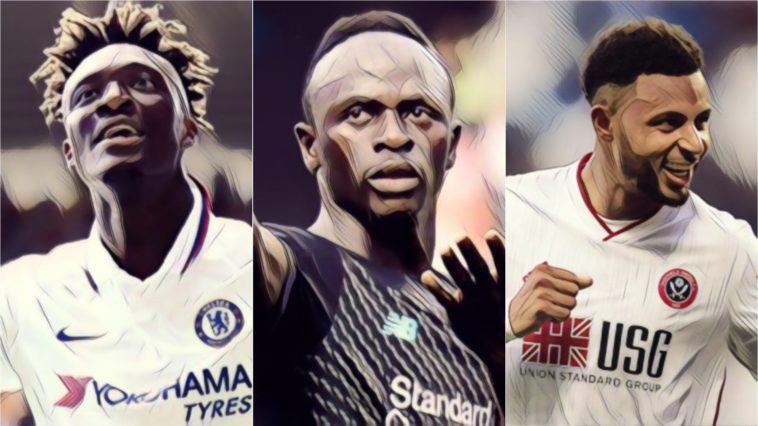 Another weekend of Premier League action saw title rivals Liverpool and Manchester City both come from behind to secure late victories, whilst Leicester and Chelsea both continued their push for a top four finish with wins at Crystal Palace and Watford respectively.

The aforementioned Hornets remain winless after defeat to Frank Lampard’s side, though there was more positive news for Sheffield United fans who have seen their newly-promoted side rise to the European places with victory over Burnley.

Here is the Football Faithful’s Premier League Team of the Week:

For the second week in succession, a goalkeeper on the losing end makes their way in to our Team of the Week.

The scenes if that header went in… ??

Ben Foster and Watford have had a torrid start to the season and remain winless following Saturday’s defeat to Chelsea at Vicarage Road, though it could have been much worse had it not been for a superb performance from the former England goalkeeper.

The 36-year-old made a series of stops to keep the score respectable, and almost became the hero after charging up the field to get his head on a free-kick late on.

It’s been a difficult start to the season for Manchester City‘s Kyle Walker, who has lost his starting berth for both club and country in recent weeks.

However, the 29-year-old delivered a timely reminder of his quality during the champion’s comeback win against Southampton this weekend, providing the assist for Sergio Aguero’s equaliser with a fine driven cross before scoring a rare goal late on to seal a valuable three points.

A return to this sort of form could see Walker return to the international fold, though he will have to continue this level of performance to regain a place in arguably England’s most competitive position.

The Turkish international is now a firm fan’s favourite at Leicester City and further endeared himself to the club’s supporters by netting his first goal of the season in their 2-0 win at Crystal Palace.

The 23-year-old’s goal handed Brendan Rodgers’ high-flying side the lead, but he was equally adept defensively, producing a commanding performance to shut-out Palace’s forwards and helping top four hopefuls Leicester to a second successive clean sheet.

For the second consecutive week there is a place in our weekly feature for Bournemouth‘s Steve Cook, who was at the forefront of his side’s defensive display in their 1-0 win over Manchester United at the Vitality Stadium.

The win was Cook’s 150th Premier League appearance for the club, who has proven a bargain buy since signing for just £170,000 from Brighton seven years ago.

Bournemouth fans have begun to spark talk of an England call up following the defender’s recent performances, Cook having formed part of a backline that has now kept three successive shut-outs.

An unlikely saviour for Liverpool during their fightback against Aston Villa this weekend, the Scotland international arrived at the back post to head home a late equaliser for the league leaders. That provided the platform for Sadio Mane to steal all three points in stoppage-time and maintain the club’s title charge.

It was the full-back’s second goal in just six games in all competitions, having scored just once in his previous 88 appearances for the club.

The full-back’s relentless drive down the left-hand side is typical of the club’s style under Jurgen Klopp, while his goal could prove invaluable when the season reaches its conclusion.

Sheffield United’s brilliant start to life back in the Premier League continues, Chris Wilder’s side producing an impressive performance to dismantle Burnley 3-0 at Bramall Lane and move up to sixth in the division.

Central to their fortunes was midfielder Lundstram, who twice arrived late in the box to fire home and take his tally to three goals for the season. The former Everton youngster is enjoying an impressive first season at the top level, as is his innovative manager.

The Leicester midfielder continues to enjoy himself over the opening weeks of the season and was once again at his creative best in their win over Crystal Palace, registering an incredible 97% pass accuracy and creating an abundant of chances for his grateful teammates.

The creative spark of Brendan Rodgers’ side, it was the 22-year-old’s delivery that was met by Soyuncu for the opener, as Leicester continued their push for a top four finish. Maddison has featured regularly in this feature so far, and his good form is likely to be being closely monitored by the division’s biggest sides.

The wait for a first Newcastle United goal continues for Allan Saint-Maximin, though it will surely arrive sooner rather than later should he continue to perform as he did in the Magpie’s 3-2 win at West Ham.

In a uncharacteristically attacking display from Steve Bruce’s side, Saint-Maximin was a constant menace to the Hammers defence with his blistering pace and evasive movement causing problems all afternoon.

His manager said the winger was the best player on the pitch following the contest, while the veteran Pablo Zabaleta will be having nightmares after seeing his ageing legs horribly exposed against the electric Frenchman.

With more luck the summer signing could have put the game out of sight, though his performance was encouraging as he continues to adapt to the demands of the Premier League.

So often Liverpool’s man for the biggest moments, Sadio Mane once again delivered in what could prove a crucial result in this season’s title race.

Trailing to a resilient Aston Villa with just minutes remaining at Villa Park, Mane would turn the tie on its head late on to secure a valuable three points for Jurgen Klopp’s side.

35 – Sadio Mane scored the 35th 90th-minute winning goal by Liverpool in the Premier League, 10 more than any other side in the competition's history; five of those have come since the start of last season, more than any other team. Clutch. pic.twitter.com/xQ9C5H6izh

First the Senegal international would deliver a perfect cross to the back post for Andy Robertson to head home an equaliser, before meeting Trent Alexander-Arnold’s stoppage-time corner with a brave header of his own to seal victory.

Liverpool have found a way to win in the opening weeks of the new season, and it is a trait they will hope to maintain.

Many (including this writer) questioned Sheffield United‘s decision to spend a then club-record fee on the Bournemouth forward this past summer, given their comparatively modest budget and Mousset’s record of just three goals in 58 appearances for Eddie Howe’s side.

In his defence, the majority of those performances were from the bench, and he seems to have now found a home in a Sheffield United side which continue to impress at the top level.

Lys Mousset is the first player in the Premier League to provide a hat-trick of assists in a single game this season.

Having scored in back-to-back fixtures against Arsenal and West Ham, Mousset would turn provider this weekend, becoming the first player to register three assists in a single game so far this season. It was the latest impressive showing from the 23-year-old, who seems to be answering his initial critics.

Abraham’s fine start to the season continued at Watford, with the 22-year-old opening the scoring with a deft lofted finish before turning provider for teammate Christian Pulisic at Vicarage Road.

Abraham’s goal was his ninth league goal of the season and keeps him firmly in the race for the Golden Boot, the forward having been central to an impressive opening to the campaign for Chelsea’s exciting young side.