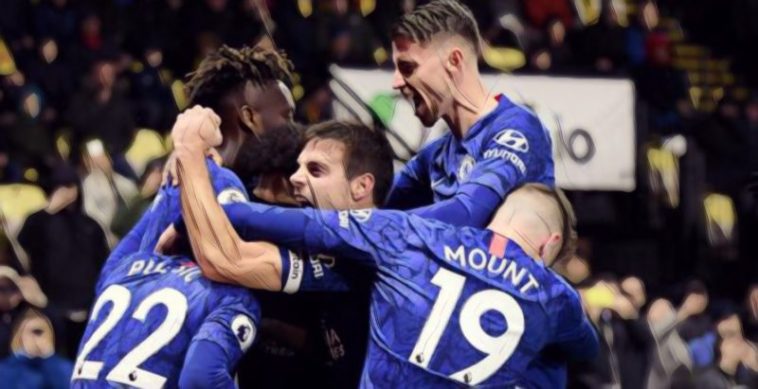 One of the most dramatic and exciting weekends of Premier League football has come and gone as we were treated to plenty of thrills and controversy at both ends of the table.

Liverpool labour to dramatic win without their “Dyson” in midfield

Jurgen Klopp recently described Brazilian defensive midfielder Fabinho as a his “Dyson” thanks to the former Monaco player’s relentless ability to snuff out danger and shield the back four. However, Liverpool’s vital midfield cog was just one yellow card away from suspension and with Manchester City around the corner, Klopp opted to leave him out against Aston Villa to nullify any risk of the 26-year-old picking up a costly booking.

It was a gamble which almost backfired for the Premier League leaders. Adam Lallana was tasked with filling the midfield void against the Villains and was simply not up to the task. The veteran was too often guilty of dwelling in possession before being swarmed by a crowd of claret shirts as the home side pressed Liverpool manfully for 90 minutes.

The Reds lost a few key midfield duals and subsequently found themselves lacking in composure without their stalwart Brazilian on the pitch. A dramatic win was sealed regardless, but this was a match which highlighted just how crucial Fabinho has become to Liverpool’s lofty ambitions this season.

Read: ‘We have a real problem now’ – Klopp slams use of VAR in Premier League

“That’s why I called him ‘the lighthouse’ – he guides us.”

On the surface of things, Chelsea’s 1-2 away win at Watford typified their bold and so far, remarkably successful faith in the young players at their disposal. Tammy Abraham and Christian Pulisic both scored excellent goals as Chelsea ground out a seventh consecutive away win in all competitions. However, it was their more established senior players who helped to boss this match at Vicarage Road.

Jorginho was superb as he registered his second assist of the season whilst Willian was a constant threat on the break, running with intelligence and menace at every possible opportunity. Mateo Kovacic was also at his brilliant best, surging forward and looking for the right pass to release Chelsea’s young forward line. Frank Lampard’s men have the blend so right at the moment and look in real contention for some the big prizes this season.

Prior to this season, former Everton youth player John Lundstram had only scored seven senior goals as he plied his trade largely in the bottom two tiers of English football. However, after his heroics this weekend, he has now notched three goals in 11 Premier League matches as Sheffield United continue to make life in the top-flight look easy.

Lundstram’s goals were both opportunistic, smash and grab finishes, tucking away neat balls in from the left with relish. The young scouser, like a lot of his teammates, is playing with a real sheen of confidence and belief in his own abilities which is almost certainly drummed into him by Chris Wilder and his coaching team every day on the training ground.

On paper, Sheffield United should be nowhere near the top six with lower league veterans populating their ranks, but after yet another outstanding display, the Blades are taking the league by storm and playing beyond what most punters thought was possible at the start of the season.

The gift that simply keeps on giving. ⚔️ pic.twitter.com/ej5lDeUaya

Okay, so we already know James Maddison is having a pretty good season but away at Palace on Sunday the young midfielder looked a class above anybody else on the pitch as he created chance after chance for his high-flying teammates. Maddison is the creative spark that Leicester needed after Riyad Mahrez left the club and while he is on the pitch, the Foxes will always look dangerous.

He created an impressive eight chances during Leicester’s 0-2 win at Selhurst Park, including a laser-guided corner for Soyuncu’s opener on 74 minutes. The 22-year-old also showed great awareness as his run, off the ball, opened up the Palace defence to allow Harvey Barnes to drill a fierce effort in on goal. This was a performance from a very gifted player who could help Leicester have yet another memorable campaign in 2019/20.

For the first time since 2004 Everton entertained Spurs with both sides sat in the bottom half of the table and for the most part, this was a fixture that hinted at the two side’s major shortfalls and dwindling confidence. It was Everton though who were left with yet another dark cloud hovering over their season. They may have salvaged a point in stoppage time but the result was marred by a horrific injury to their creative midfielder Andre Gomes, who left the field with a serious injury which will see him ruled out for the remainder of the season at the very least.

Everton have lacked creativity and ideas up front for the majority of this season and they must now deal with the mental shock of losing such an important, gifted player. They went on to bag a big point in what was ultimately a poor game, but they must now recover from yet another setback as they face a real relegation fight in the coming weeks.

Son Heung-min watches on in tears as Andre Gomes is stretchered off with a horrific leg injury.

We wish him a speedy recovery 💙 pic.twitter.com/ZRf24qm4aJ

Read Also: Rating the 10 managers to have won the Premier League title