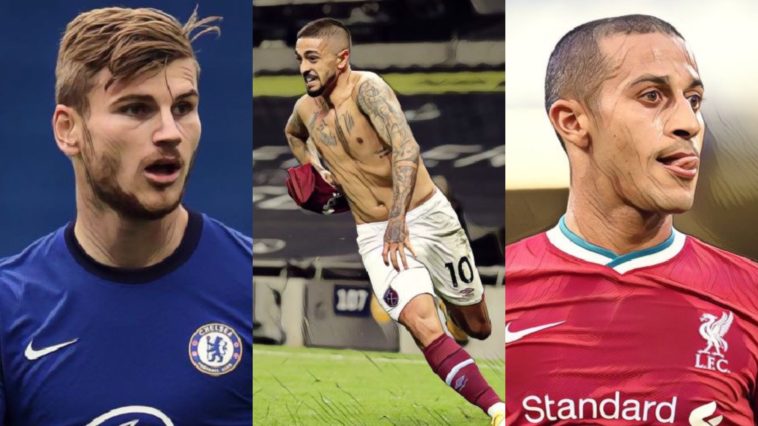 Every week we reward the best – and worst – of the Premier League action, and this week’s awards ceremony features West Ham’s sensational comeback against Spurs and Timo Werner breaking his Chelsea duck.

It was hardly going to be anything else, was it? The incredible scenes after Manuel Lanzini scored West Ham United‘s unlikeliest of equalisers were just superb. Social distancing be damned. Although who could blame them after coming from 3-0 down with nine minutes to go to get a draw. As Jose Mourinho said himself at full-time, football happened.

Similarly to Spurs, Chelsea conspired to give up a sizeable lead to draw 3-3, albeit in a less dramatic fashion. That said, Timo Werner rediscovered the sensational form he exhibited for RB Leipzig for several seasons, scoring a brace and laying on an assist for his fellow German teammate Kai Havertz.

The striker, who could have had a hattrick had he not strayed offside when he put the ball in the net in the first-half, looked menacing for much of the game, invading the space left in behind by Southampton‘s high line. His opening strike was one of the best goals of the weekend, while his link-up play for the Blues’ third was very good.

Premier League team of the week for gameweek 5

The context of the goal is amazing in itself, but Manuel Lanzini‘s finish is special. Bonus points for smashing it in off the crossbar.

When Thiago Alcantara joined Liverpool, we all knew what he would bring to the table, but it’s something else watching him in action. The midfielder pulled off a wonderful no-look pass to put Sadio Mané in behind the Everton defence, which ultimately led to Jordan Henderson’s goal. Unfortunately for Liverpool, it was ruled offside, but it’s a sign of things to come.

But the no-look pass from Thiago to Mané deserved some love 👏 pic.twitter.com/b1kQaf4E9Q

Hopefully the Spaniard’s injury following a late challenge from Richarlison isn’t too serious, because we are looking forward to seeing more of this.

Five Premier League players who failed to impress in gameweek 5

David De Gea has taken a lot of stick for his howlers in the past year, but he can still pull brilliant saves right out of the top drawer. With the score at 1-1 the Manchester United goalkeeper got a strong hand to Callum Wilson’s close-range effort.

The best part of the save was his awareness to knock it into the space in front of Luke Shaw and away from any Newcastle United players lurking in the box.

We're still not over this 😳

It was set up so perfectly for Gareth Bale to make the perfect comeback for Tottenham Hotspur. With just one goal in the game in stoppage time, the Welshman collects a pass from Harry Kane in the final third, slaloms past the Hammers defence to enter the box, and just has the goalkeeper to beat.

Bale has done this so many times before, he’s scored countless goals and won many games with his skill… but he somehow misses. The chance to make it 4-2 passes him by, and we all know what happened next… 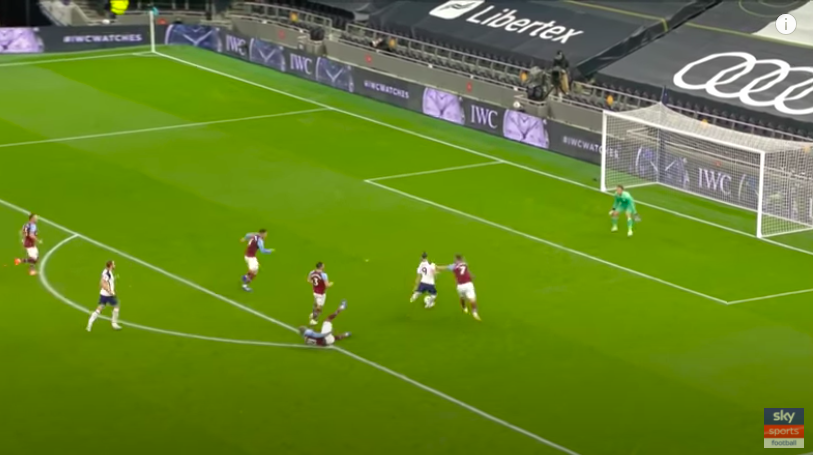 A vintage Richard Jolly stat for you.

It is still the case that, between them, Gianluigi Buffon, Peter Shilton and Stanley Matthews have made at least one first-team appearance in every season since 1931-32.

Pep Guardiola‘s defence of Sergio Aguero after the striker ill-advisedly put his arm around assistant referee Sian Massey-Ellis was disappointingly poor and bore echoes of his defence of Bernardo Silva last year when the midfielder posted a racist joke on Twitter. You can do better, Pep.

"Come on guys. Sergio is the nicest person I ever met in my life. Look for problems in other situations not in this one."

Where do you even begin this week? Perhaps with Luke Shaw’s unfortunate own goal on Saturday night. Or maybe Fulham striker Aleksandar Mitrovic clumsily giving away a penalty by booting Jack Robinson of Sheffield United in the calf.

But ultimately we are going to go with Chelsea, because they seem to be producing comical defending on a weekly basis now. Kurt Zouma‘s terrible pass back to Kepa Arrizabalaga started a chain of events that started with Che Adams winning the ball, the goalkeeper sliding in at the post to hand it straight back to the striker, and ended with the ball in the net.

There’s something so much more slapstick and entertaining about watching it unfold in slow motion, too.

Jordan Pickford is both a complete donkey and a very lucky boy following Saturday’s events. His horrendous tackle on Virgil van Dijk has been well discussed at this point – and frankly some of the coverage of it has been shockingly poor and overcooked – but there is no argument that he didn’t deserve a red card for it.

The Sunderland-born goalkeeper went almost the entire match without making a howler until he let in Jordan Henderson’s injury-time effort. Pickford got a clear hand on it and should have had enough power to bat it away, but it somehow bounces off him and in. He was saved by a questionable VAR call that ruled Sadio Mané offside in the buildup.

Read: A decade of FSG – Looking back at the early years of Liverpool’s American ownership

See Also: The best Caribbean-born footballers to play in the Premier League